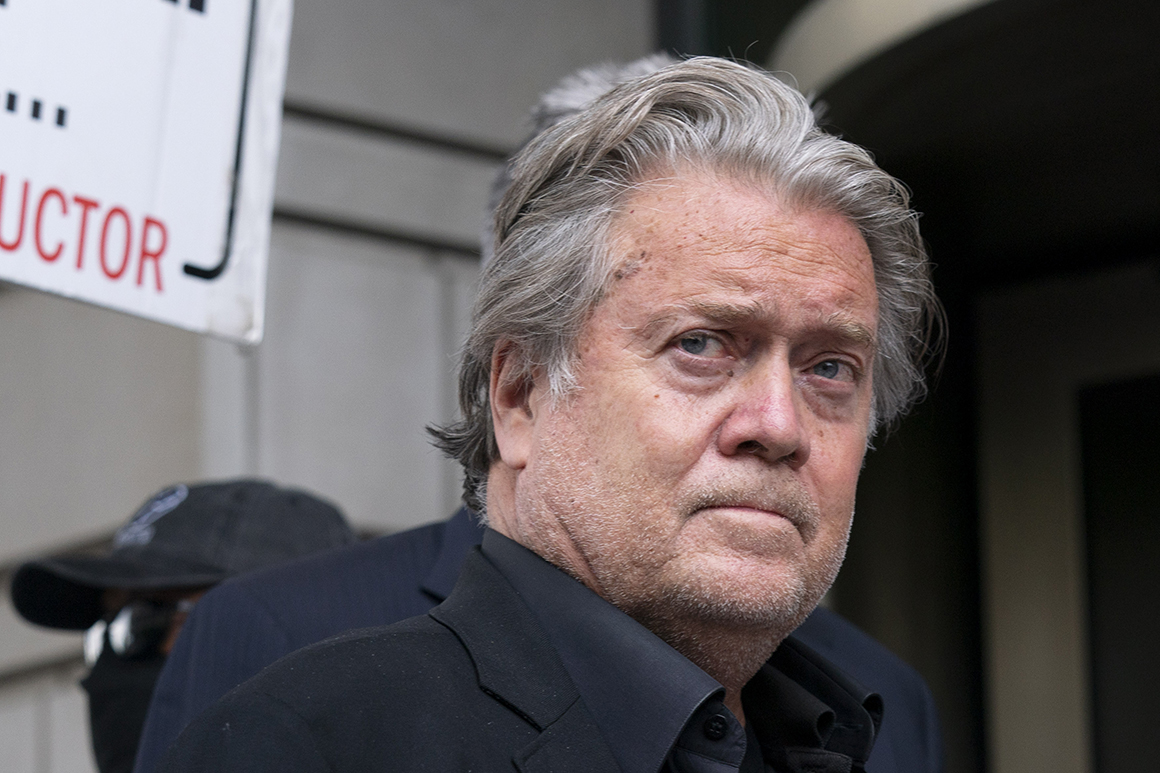 NEW YORK — The state criminal trial against former Trump adviser Steve Bannon over his alleged involvement in charity fraud has been delayed by his refusal to speak to his team of attorneys.

During a Thursday appearance in Manhattan Supreme Court, Bannon’s attorneys said they no longer communicate directly with their client due to “irreconcilable differences” over how to approach the case. Bannon has reached out to at least seven law firms in the past several weeks to find new representation, according to his current counsel.

“There has been a direct breakdown in communication,” said David Schoen, one of Bannon’s three outgoing lawyers who appeared in court Thursday.

Bannon, who has pleaded not guilty, entered the lower Manhattan courtroom Thursday voicing support for protesters in Brazil who falsely claim the results of the presidential election were rigged.

“Those are freedom fighters down there,” Bannon said.

Inside the courtroom, prosecutors complained that Bannon’s refusal to engage with his legal team has already caused procedural delays, but said they wouldn’t fight the request for new representation. State Supreme Court Judge Juan Merchan gave Bannon until Feb. 28 to find new attorneys.

A similar set of federal charges were brought against Bannon, 68, and three other people in the Southern District of New York in August 2020. He was arrested while onboard a luxury yacht off the coast of Connecticut and later pleaded not guilty, but was dropped from the case after receiving a pardon from then-President Donald Trump. Presidential pardons do not apply to state charges.

LLiberal News
At the swearing-in this month for her third term as the District of Columbia’s mayor, Muriel Bowser delivered…
LLiberal News
They held a 140-second moment of silence in an “acknowledgement of the 140 officers who were seriously injured…
LLiberal News
WASHINGTON — The Pentagon formally dropped its Covid-19 vaccination mandate Tuesday, but a new memo signed by Defense…
LLiberal News
ExxonMobil’s scientists didn’t just know about human-driven climate change as far back as the 1970s — they also…
LLiberal News
They didn’t vote for it, they don’t like it and they’re working to undermine it — but Republicans…
LLiberal News
FOX “Fox News Sunday”: Rep. Jim Jordan (R-Ohio) … Rep. Ro Khanna (D-Calif.). Panel: Jason Chaffetz, Janice Dean,…