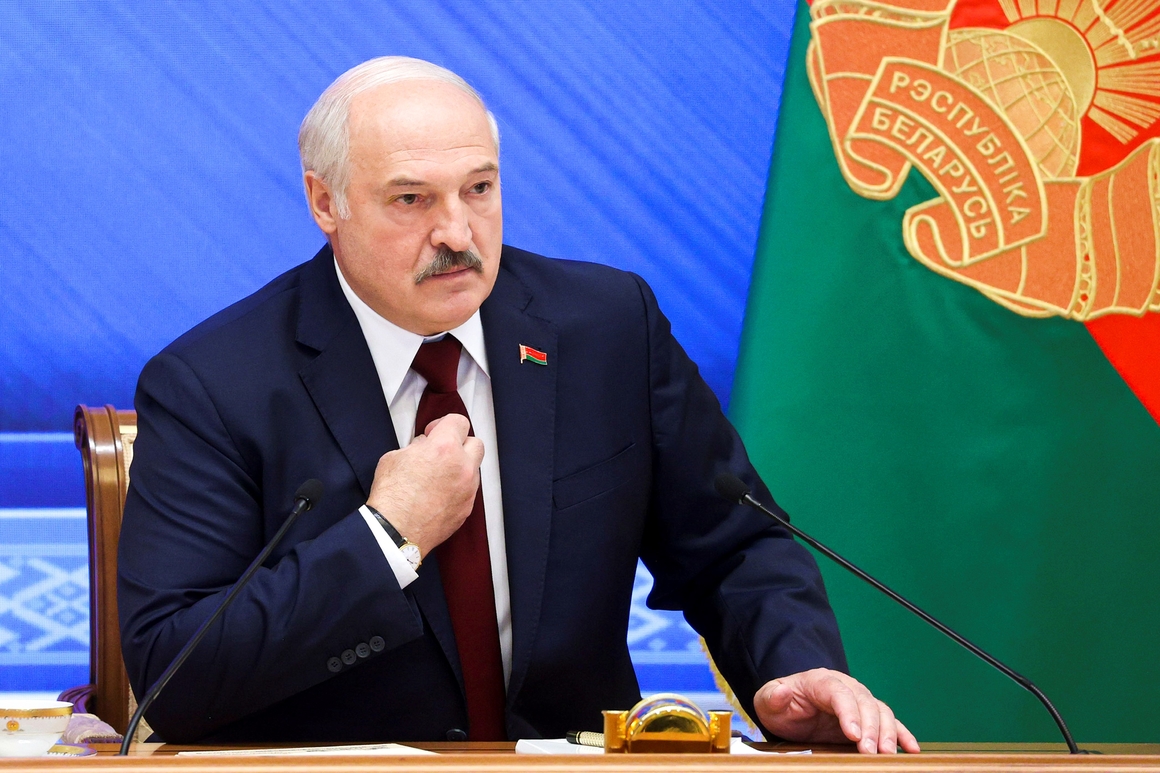 The Biden administration on Tuesday announced new visa restrictions for 25 individuals in Belarus amid that nation’s move to put an opposition leader and other activists on trial for treason charges.

“These politically motivated trials are the latest examples of the Lukashenka regime’s efforts to intimidate and repress those who seek justice, respect for human rights, and a democratic Belarus,” said Secretary of State Antony Blinken in a statement.

The new order targets “regime officials,” including members of the National Assembly of Belarus, who took part in authorizing the death penalty for people convicted of supposed “attempted acts of terrorism” — a charge the State Department said has been used to intimidate the democratic opposition. Some of the individuals targeted have also supported legislation revoking citizenship for people outside the country charged with “extremism” and confiscating property for “unfriendly actions towards Belarus,” the State Department said.

The move to impose visa restrictions comes as the authoritarian regime of Alexander Lukashenko has put exiled democratic opposition leader Sviatlana Tsikhanouskaya on trial in absentia on treason charges and “conspiracy to seize power.” Tsikhanouskaya challenged the results of the 2020 presidential election that she ran in against Lukashenko, who declared himself the winner. She fled the country following a deadly crackdown on mass protests against alleged election fraud, and now faces a possible jail term of up to 15 years.

The Biden administration has eagerly embraced visa bans as a means to punish bad actors overseas in the last few years — announcing visa penalties more than a dozen times in the president’s first six months in office alone. Biden has targeted foreign oligarchs and officials for everything from alleged corruption to human rights abuses in countries ranging from Guatemala to Belarus.

Tuesday’s action adds to the United States’ tally of visa restrictions against individuals who have undermined democracy in Belarus since the 2020 presidential election, bringing the number up to 322 individuals.

“We will continue to use all appropriate tools to hold to account those in Belarus standing in the way of their fellow citizens’ democratic aspirations,” Blinken said.

LLiberal News
A Florida-based federal judge has ordered nearly $1 million in sanctions against Donald Trump and his attorney Alina…
LLiberal News
LLiberal News
Jeff Zients, who’s developed a reputation as “Mr. Fix-It,” is expected to become President Joe Biden’s next chief…
LLiberal News
President Joe Biden said on Thursday that he had no regrets regarding his handling of documents, following the…
LLiberal News
“From April and onwards, the elections can be held at any time,” Greek prime minister tells Proto Thema.
LLiberal News
Richard Barnett, who famously put his feet up on a desk in Speaker Nancy Pelosi’s office as rioters…