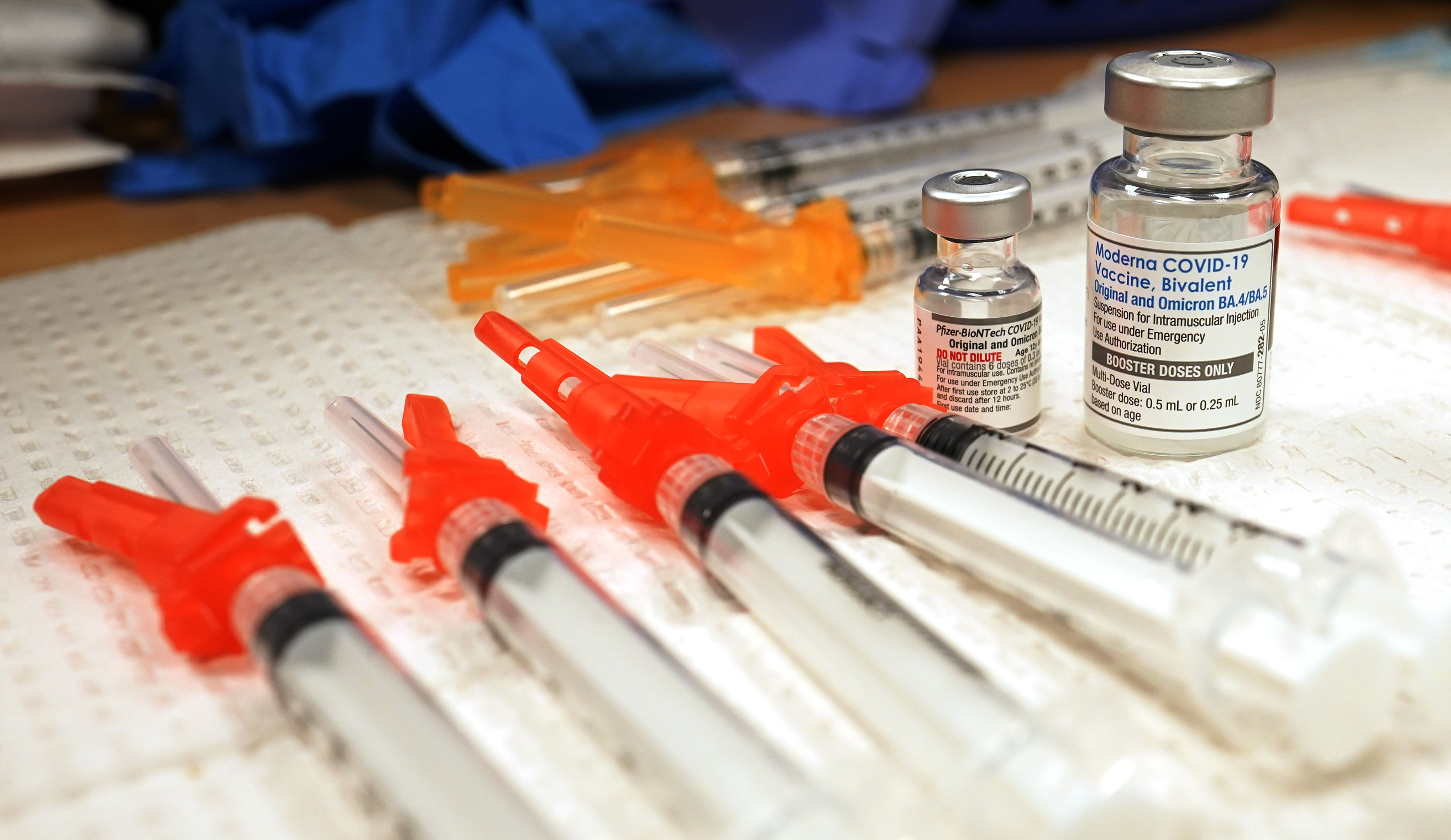 The CDC and FDA announced on Friday that their surveillance system flagged a possible link between the new Pfizer-BioNTech bivalent Covid-19 vaccine and strokes in people aged 65 and over, but said they were continuing to recommend the shots.

The surveillance “raised a question of whether” stroke risk was elevated in the 21-day period post-vaccination versus 22 to 44 days post-vaccination, according to a statement on the CDC website.

The agencies said other data from the Centers for Medicare and Medicaid Services, Department of Veterans Affairs and other sources haven’t shown an elevated risk of stroke.

“Although the totality of the data currently suggests that it is very unlikely that the signal … represents a true clinical risk, we believe it is important to share this information with the public, as we have in the past, when one of our safety monitoring systems detects a signal,” the statement said.

The real-time surveillance system, CDC’s Vaccine Safety Datalink, met criteria warranting further investigation into whether the bivalent Pfizer vaccine led to a higher risk of ischemic stroke, which occurs when arteries pumping blood to the brain are blocked by a blood clot.

Pfizer and BioNTech said in a statement that there is “there is no evidence to conclude that ischemic stroke is associated with the use of the companies’ COVID-19 vaccines.”

The announcement prompted a response from House Energy and Commerce Chair Cathy McMorris Rodgers (R-Wash.), who said CDC and FDA will testify before her committee.

“These agencies must rapidly investigate, in an open and transparent manner, whether or not the vaccine may have contributed to the reported strokes,” McMorris Rodgers said in a statement. “If there’s one lesson that the CDC and FDA should have taken away from the pandemic, it’s the importance of providing honest, clear, precise, and timely information to the American people about the potential risks and benefits of COVID-19 interventions, including vaccination.”

The announcement comes as the Biden administration has aggressively promoted the updated vaccine to older Americans.

Individuals over 65 are most at risk for serious illness from Covid, including hospitalization and death, and CDC data shows that 70 percent of average new daily hospital admissions of patients with confirmed Covid-19 over the last week were 60 and older.

Less than 40 percent of people over 65 have gotten the booster shot that became available in the fall, according to the CDC, despite the administration’s six-week push to increase vaccination in that age group ahead of the holidays. Ninety-four percent of seniors have gotten the two primary series messenger-RNA shots.

Millions of doses of the messenger-RNA Covid vaccines made by Pfizer-BioNTech and Moderna — the agencies said the Moderna shot was not flagged by its surveillance — have been administered in the U.S., and federal health officials have repeatedly deemed them safe and effective for use in anyone 6 months of age and older.

Still, rare but serious side effects — which can occur with any pharmaceutical product — have arisen since the vaccines’ debut.

Data has shown an elevated risk of myocarditis and pericarditis — inflammation of the heart muscle and membrane, respectively — after the second mRNA vaccine dose among males ages 12 to 39, with those in their late teens and 20s most affected. The condition can also occur after infection with Covid and other ailments and tends to be more severe in those cases, and the FDA and the CDC say the benefits of vaccination outweigh the risks.

Federal officials paused use of the Johnson & Johnson single-dose Covid vaccine for 10 days in April 2021, just weeks after its debut, after vaccine adverse event surveillance systems detected a possible link between a serious blood-clotting condition and the shots.

The FDA later found that about 15 percent of the cases of thrombosis with thrombocytopenia syndrome, known as TTS, were fatal, with the highest reporting rate among women ages 30 to 49. That vaccine, made with a different technology, has largely fallen out of favor in the U.S. in favor of the mRNA shots, with the FDA limiting the J&J vaccine’s use in May 2022 to adults who are unable or unwilling to get the Pfizer or Moderna products.