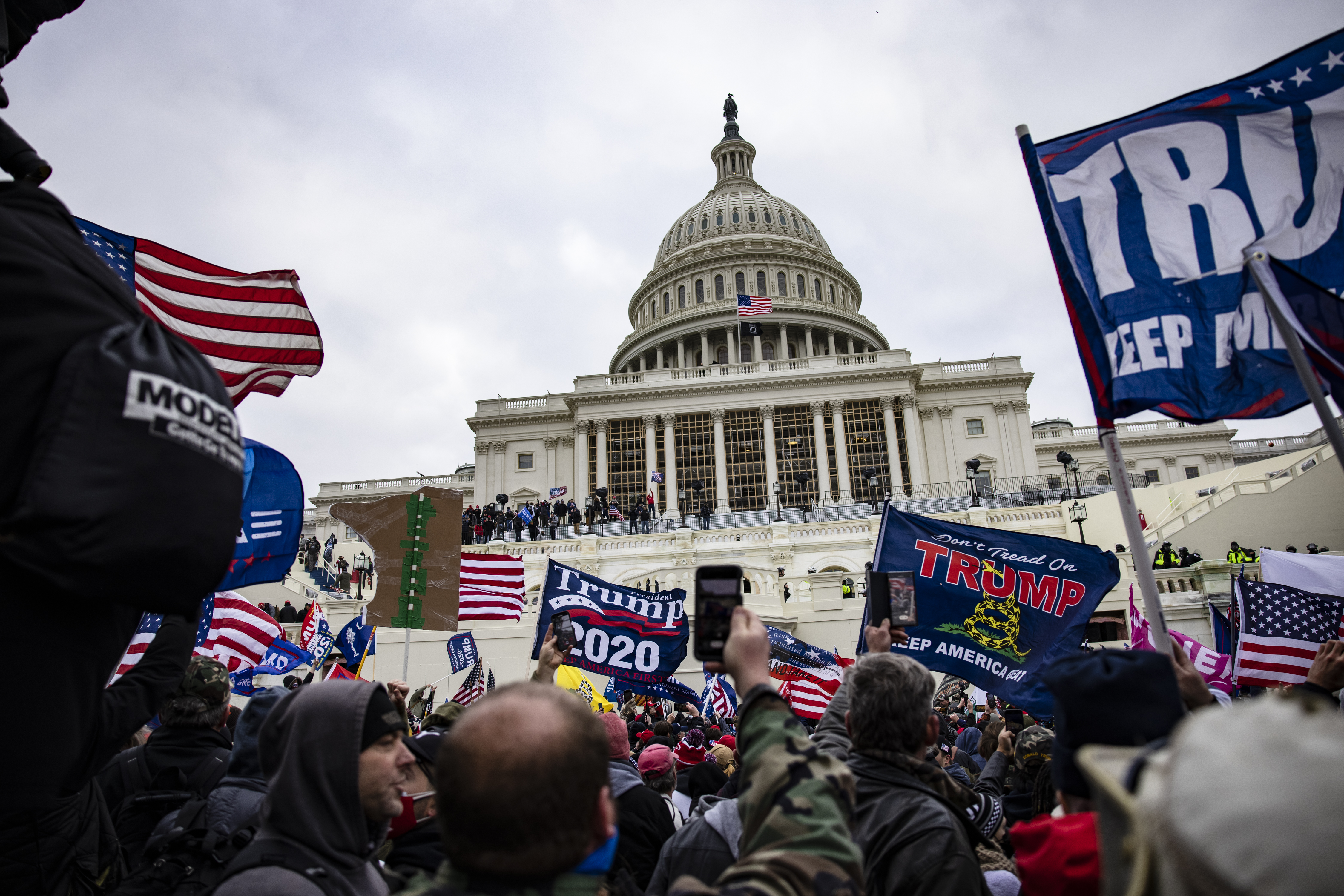 A federal judge on Friday ruled that a Jan. 6 defendant — who said he surged onto the Senate floor to “plead the blood of Jesus” and absolve the chamber of evil spirits — could not be convicted of obstruction of Congress’ joint session, the most serious felony charge he faced.

After a weeklong bench trial, U.S. District Court Judge Amy Berman Jackson ruled that Joshua Black had a “unique stew in his mind” that left her uncertain whether he was aware that his actions were unlawful. Black is the first Jan. 6 defendant who reached the Senate floor to be acquitted of the obstruction charge.

Jackson found Black guilty of other charges he faced, including disorderly conduct in a restricted building while carrying a dangerous weapon — a knife — a felony that carries a maximum 10-year sentence.

For prosecutors to secure a conviction for “obstruction of an official proceeding,” — a felony that carries a maximum 20-year sentence — they must show that a defendant had “corrupt” intent. But Jackson said prosecutors failed to support the charge with evidence proving Black’s intent. Evidence that Black intended to block Congress — or even was familiar with the congressional proceedings occurring that day — was “absent from the government’s case,” Jackson said.

Some evidence suggested that by the time he arrived at the Capitol, Black believed that the certification of the election had ended, Jackson noted.

Black was seen in images from the Senate chamber bleeding from his cheek, the result of being shot with a police projectile before he breached the building. Jackson emphasized that Black had both religious and political reasons for his presence in Washington on Jan. 6 — a mixed motive that she said was rooted both in his claim to have “the Lord’s imprimatur” and his steady diet of social media disinformation about the election results.

Black was seen in footage gathered with other rioters who had breached the Senate poring over papers on Senate desks and taking particular interest in a document that referenced Sen. Ted Cruz (R-Texas).

Jackson spent a significant portion of Friday’s session explaining why she considered Black’s possession of a knife enough to meet the criteria of a “deadly or dangerous weapon.” While Black had contended that his knife was a “hunting knife” meant more as a tool than a weapon, Jackson said his comments to the FBI and the context of the riot told a different story.

Black told investigators he carried his knife instead of a gun in order to abide by D.C. gun laws, and he kept the knife in case he needed it for self-defense. That intended purpose — for use against another person, even in self-defense — was enough to characterize the knife as a deadly weapon.

LLiberal News
Some commentators have recently suggested that the routine “over-classification” of information by the U.S. government contributed to the…
LLiberal News
America may not want a Trump-Biden rematch, but Donald Trump and Joe Biden sure do. A CNN poll…
LLiberal News
Sen. Joe Manchin on Sunday said it’s a “mistake” that the Biden administration won’t negotiate with Republicans on…
LLiberal News
House Republicans are racing to draw a straight line from newly discovered classified documents found by President Joe…
LLiberal News
Airline ticket prices are on the rise, according to fresh data from the Transportation Department, even as passengers…
LLiberal News
Sinema and Manchin opposed efforts by Senate Democrats to change the rules of the filibuster during the last…