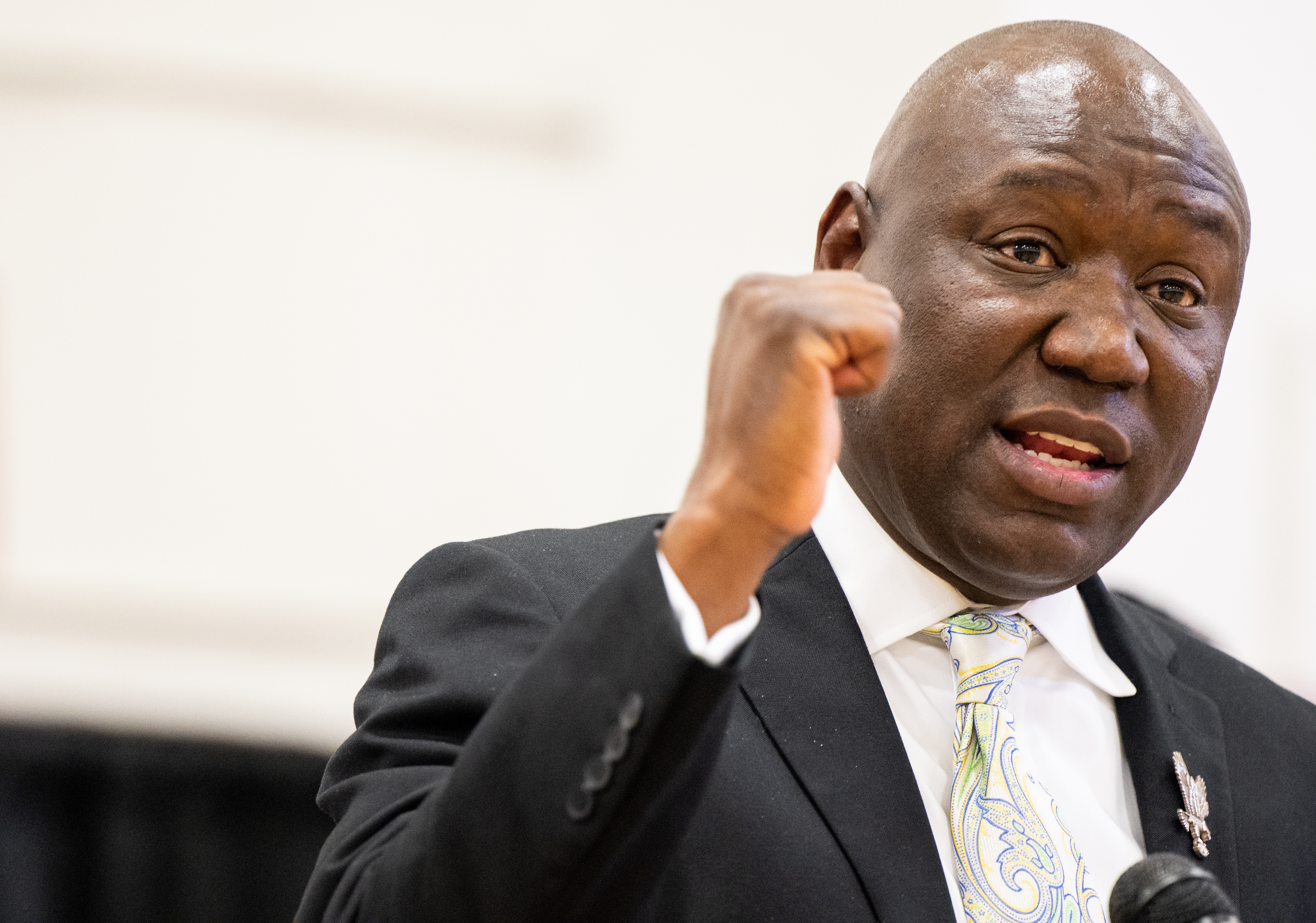 TALLAHASSEE, Fla. — Civil rights attorney Benjamin Crump is threatening to sue Gov. Ron DeSantis over his administration’s decision to reject an Advanced Placement course in African American studies, a move that comes as the organization responsible for administering the course signaled the program is getting a “new framework” ahead of its full release.

DeSantis, who said the original coursework “pushed an agenda,” is claiming victory after the College Board announced changes were coming soon, although it’s unclear what tweaks will ultimately be made.

The nationally-watched issue, meanwhile, is far from over. Crump led a rally Wednesday inside the Florida Capitol alongside Black Democratic state lawmakers to underscore what they say is Florida attempting to whitewash history, promising to file a lawsuit if students are banned from taking the course.

“If the governor allows the College Board to present AP African American studies in classrooms across the state of Florida, then we will feel no need to file this historic lawsuit,” Crump told reporters at the Capitol. “However, if he rejects the free flow of ideas and suppresses African American studies, then we’re prepared to take this controversy all the way to the United States Supreme Court.”

As the latest crackdown on how race is taught in Florida’s schools, state education officials earlier this month rejected the College Board’s African American studies course that is being offered at more than 60 schools across the country as a pilot program, contending that it “significantly lacks educational value.”

DeSantis said that he supports denying high school students access to the course because its lessons delve too far into political agendas, broaching topics such as queer studies and abolishing prisons. But the decision by Florida’s Department of Education faced swift backlash in the state and beyond, drawing criticism from academics, advocacy groups and liberal policymakers including the Biden administration, which said that blocking the course was “incomprehensible.”

On the heels of issues raised by the DeSantis administration, the College Board, responsible for administering standardized tests like the SATs, on Tuesday signaled it will release an updated “official” framework for the African American studies course on Feb. 1. The organization, after developing the course for a decade, said in a statement that the new-look course “incorporates” feedback gathered throughout the pilot phase.

College Board has not explained, however, if that feedback includes scrapping the lessons flagged by Florida officials, such as pieces on “Black Queer Studies,” advocacy for reparations, activism and intersectionality, which is a piece of critical race theory.

Florida’s education department counted the organization’s statement as a win regardless, one that officials claim will benefit students across the country. The state will review the updated program and gauge if the prohibited lessons are removed to ensure that the organization is not using “an academic course as a gateway for indoctrination and a political agenda,” according to the Florida Department of Education.

“We are glad the College Board has recognized that the originally submitted course curriculum is problematic, and we are encouraged to see the College Board express a willingness to amend,” Alex Lanfranconi, director of communications for the Florida Department of Education, said in a statement. “AP courses are standardized nationwide, and as a result of Florida’s strong stance against identity politics and indoctrination, students across the country will consequentially have access to an historically accurate, unbiased course.”

Florida’s decision to block the course follows a concerted effort by state Republicans to regulate how race is taught in local classrooms. Under DeSantis, the state Education Department has rejected math textbooks over “impermissible” content, including teachings on critical race theory — something that Florida banned in education, along with the 1619 Project, through official action by its Board of Education.

At the rally Wednesday in Tallahassee, Crump announced his intentions to possibly sue the DeSantis administration on behalf of three Leon County students who would be unable to take the African American studies course. He was joined by Democratic lawmakers and supporters who labeled the course rejection a “relentless political witch hunt” and called for Florida to make more efforts to lead lessons about African American history.

Crump, who received a degree from Florida State University in Tallahassee, has previously represented the families of George Floyd and Trayvon Martin.

Florida law requires public schools to teach students about the history of African Americans, including the “enslavement experience,” and steer them to develop an “understanding of the ramifications of prejudice, racism, and stereotyping on individual freedoms.” But the College Board lessons, according to DeSantis, are “wrong side of the line for Florida standards.”

“By rejecting the African American history pilot program, Ron DeSantis has clearly demonstrated that he wants to dictate whose story does and doesn’t belong,” said House Minority Leader Fentrice Driskell (D-Tampa). “Are we really OK with Ron DeSantis deciding what’s acceptable for America’s students across the country about Black history?”

LLiberal News
Attorney General Merrick Garland announced on Thursday that he was appointing a special counsel, former U.S. attorney Robert…
LLiberal News
When a motley crew of about a dozen House Republicans huddled in a first-floor Capitol suite three ballots…
LLiberal News
Republicans looked like they were heading for a no-win debacle on the House floor. Instead, Kevin McCarthy got…
LLiberal News
Anti-abortion groups are butting heads with an unexpected opponent as state legislative sessions begin this month: Republican lawmakers.…
LLiberal News
ALBANY, N.Y. — After bruising Democratic congressional defeats in New York last November, the state came away with…
LLiberal News
President Joe Biden announced on Wednesday that the U.S. will send Ukraine a battalion of 31 M1 Abrams…