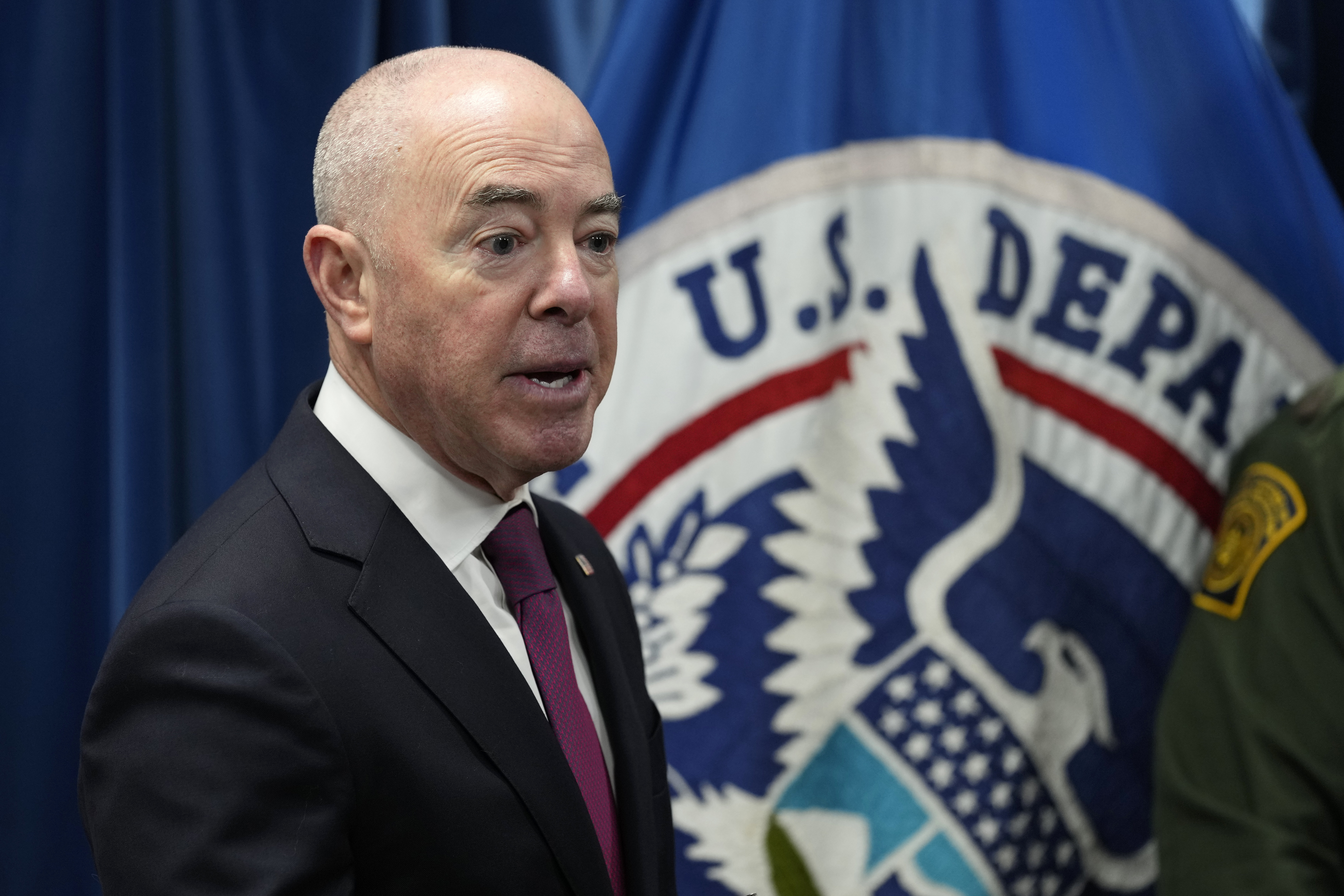 Homeland Security Secretary Alejandro Mayorkas said Sunday he has no plan of stepping down despite House Speaker Kevin McCarthy’s threat to impeach him.

“I’ve got a lot of work to do, and we’re going to do it,” Mayorkas said on ABC’s “This Week,” adding that he would be joining President Joe Biden in his visit to El Paso, Texas, later Sunday.

McCarthy and other Republicans have made Mayorkas a leading target based on what they perceive to be a crisis at the nation’s southern border.

“If Secretary Mayorkas does not resign, House Republicans will investigate every order, every action and every failure to determine whether we can begin impeachment inquiries,” McCarthy said in his own visit to El Paso in November.

For his part, Mayorkas didn’t disagree with the idea that the nation’s immigration system is broken.

“We are dealing within a broken immigration system that Congress has failed to repair for decades,” he told host George Stephanopoulos. “And there is unanimity with respect to that reality.”

On Thursday, Biden unveiled a policy that will accept 30,000 migrants a month from Cuba, Haiti, Nicaragua and Venezuela, the hemisphere’s most troubled nations. “Do not just show up at the border. Stay where you are and apply legally from there,” Biden said, addressing potential migrants from those nations. “Starting today, if you don’t apply through the legal process, you will not be eligible for this new parole program.”

Mayorkas said the entire hemisphere is facing a crisis because of migration, noting huge increases in the populations of both Colombia (from Venezuela) and Costa Rica (from Nicaragua).

“The world is dealing with the greatest displacement of people since World War II in the Western Hemisphere,” he said. “Our entire hemisphere is gripped with a migration challenge.”

LLiberal News
Democrat Lucas Kunce is mounting a bid against Sen. Josh Hawley, the Missouri Republican whose attempt to overturn…
LLiberal News
The CDC and FDA announced on Friday that their surveillance system flagged a possible link between the new…
LLiberal News
Alexandria Ocasio-Cortez is set to step into a larger role on the House Oversight Committee this Congress, perhaps…
LLiberal News
The congressman representing the “Great Gatsby” district of Long Island and Queens, N.Y. faked it till he made…
LLiberal News
President Joe Biden’s approval numbers are rising. Democrats are as loyal as they’ve been in months. Inflation is…
LLiberal News