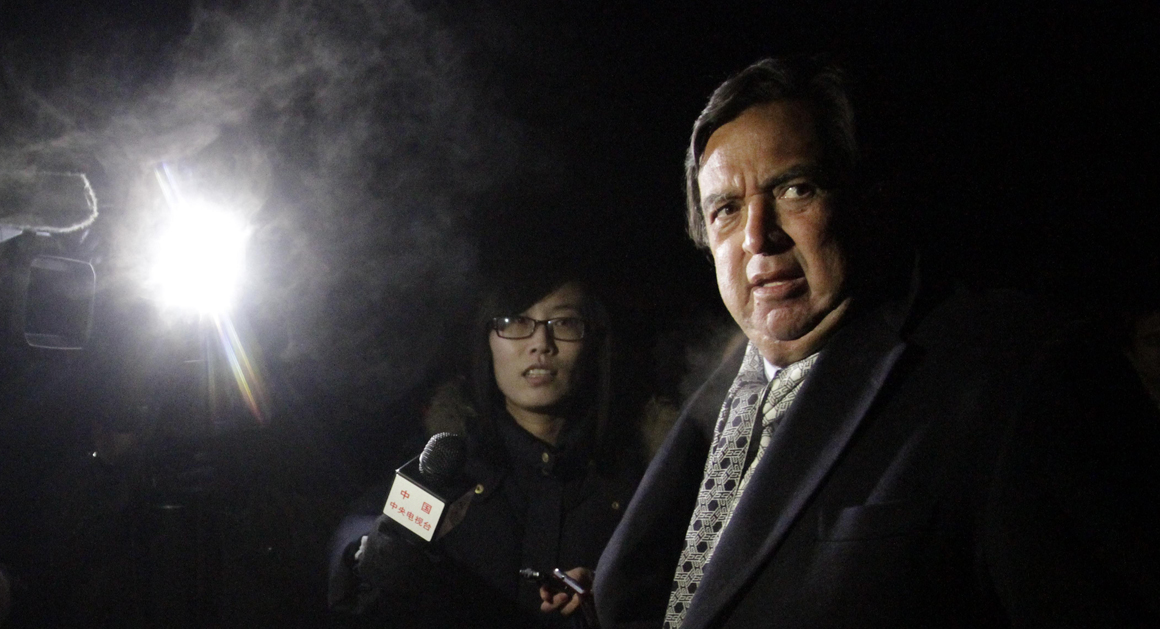 A Navy veteran who had been detained in Russia since April was released from detention Thursday following months of on-the-ground talks, negotiators announced.

Members of the Richardson Center for Global Engagement traveled to Moscow and the region multiple times over the past year to negotiate the release of Taylor Dudley, a Michigan native who was detained by Russian authorities after crossing into Kaliningrad from Poland.

He was in Poland attending a music festival at the time. It’s not yet clear why he crossed into the Russian exclave.

Dudley is on his way home, the Richardson Center said in a statement.

“The negotiations and work to secure Taylor’s safe return were done discreetly and with engagement on the ground in both Moscow and Kaliningrad,” according to the statement.

Former New Mexico Gov. Bill Richardson underscored the significance of the negotiations, the details of which were not disclosed, in the statement, saying Russian authorities had done “the right thing.” Still, he expressed concern for Paul Whelan, the former Marine who has been detained in Russia since 2018.

“As we celebrate Taylor’s safe return, we remain very concerned for Paul Whelan and committed to continue to work on his safe return, as we have been for the last four years, as well as other Americans,” Richardson said.

LLiberal News
Democrats are already waging what might be the most consequential fight for Senate control next fall: Getting Jon…
LLiberal News
Secretary of State Antony Blinken will meet in Beijing with his counterpart, Chinese Foreign Minister Qin Gang, on…
LLiberal News
A good head on NATO is more important than ever — but few fit the bill.
LLiberal News
The 2024 Senate map was already daunting for Democrats. Now, some in the party worry that a tangled…
LLiberal News
The Biden administration and House Republicans are heading toward an initial Thursday debt ceiling deadline without even a…
LLiberal News
President Joe Biden’s decision to send tanks to Ukraine marked a new chapter in the United States’ commitment…