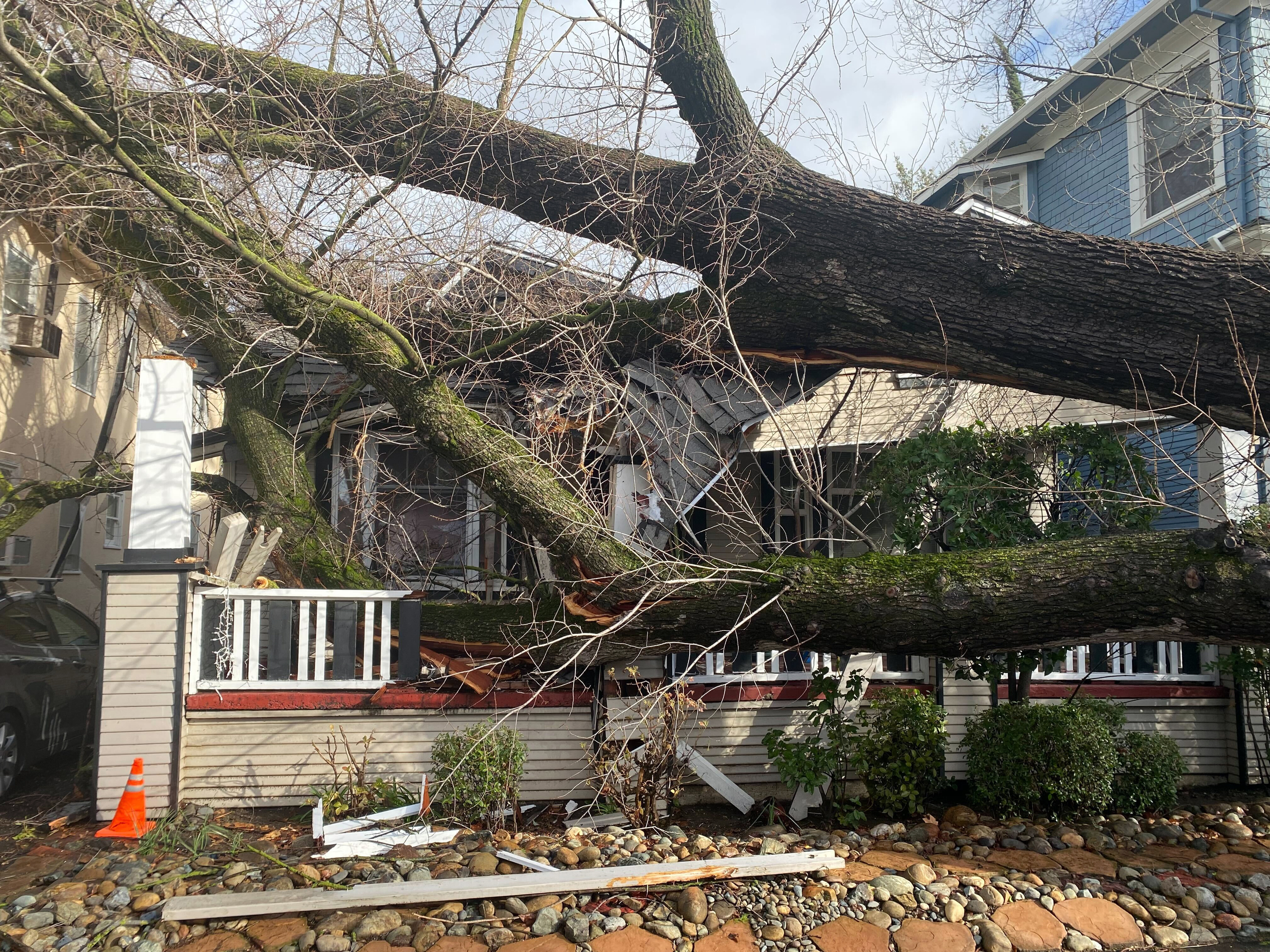 SACRAMENTO, Calif. — Gov. Gavin Newsom will ask President Joe Biden to declare a state of emergency after a series of storms battered the state in the first week of the year, causing deadly flooding, downed trees and widespread power outages.

“We have all the confidence we’ll receive [the declaration] based on the conversations we’ve had with the White House,” Newsom said at a Sunday news conference.

Across the state, more than 424,000 people are without power and more than 20,000 have been evacuated from their homes, said Nancy Ward, director of the governor’s Office of Emergency Services. She emphasized that floods are more deadly than any other natural disaster and that they’ve killed 12 Californians since Dec. 31 — more deaths than from the last two wildfire seasons combined.

The governor had already declared his own state of emergency this month in response to the extreme weather. But a decree from the president can provide even more resources through the Federal Emergency Management Agency.

State officials emphasized that more storms are on the way — with wet and windy conditions expected to worsen Monday night into Tuesday morning.

“The worst is still in front of us,” Newsom said. “Don’t test fate.”

State officials have high-water vehicles, rescue helicopters and shelters ready to deploy. They encouraged residents to prepare for severe weather and power outages, and to stay off the roads during storms, especially those that are flooded.

The governor also said he plans to ask the Legislature for an additional $200 million to shore up the state’s aging levees in his 2023 budget proposal, which he will release on Tuesday.

LLiberal News
The chairman of Russia’s lower house invoked the use of nuclear weapons in a social media post.
LLiberal News
SAN FRANCISCO — Newly released video footage and audio show Paul Pelosi’s violent confrontation last fall with a…
LLiberal News
World output is set to grow by 2.9 percent this year, it says.
LLiberal News
Democrats are asking a government watchdog to probe why the IRS didn’t adequately audit President Donald Trump despite…
LLiberal News
HARRISBURG, Pa. – Gov. Josh Shapiro made headlines for taking the oath of office last week on a…
LLiberal News
Blake Hounshell, a witty and astute political observer who possessed a special knack for understanding the dynamics of…