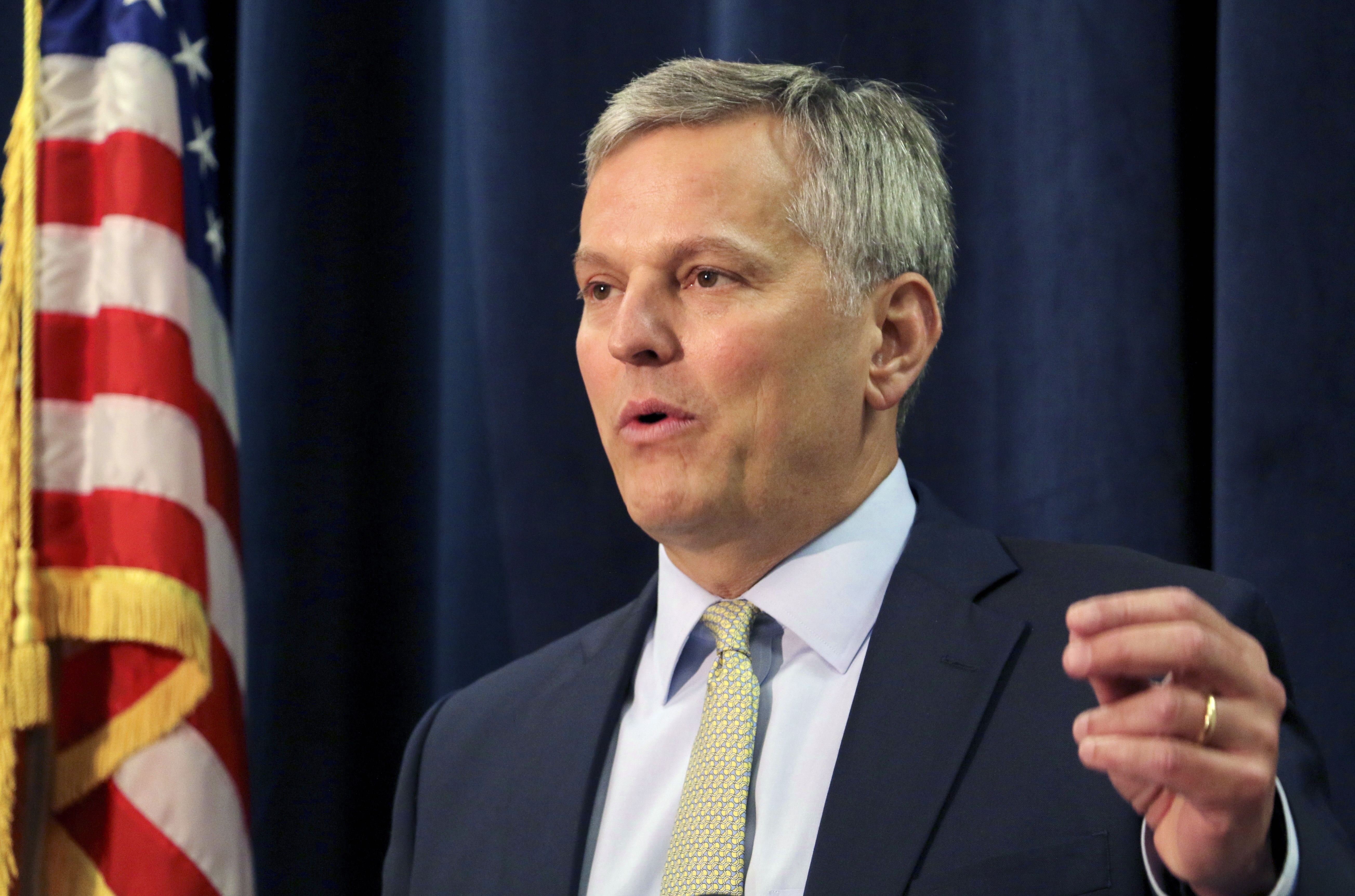 North Carolina Attorney General Josh Stein announced his bid for governor on Wednesday, kicking off what could be one of the biggest and most expensive governor’s races of 2024.

Stein, a former state legislator who was first elected statewide in 2016, is the first Democratic candidate to launch a bid for the battleground state. Two-term Democratic Gov. Roy Cooper is now term-limited.

Stein launched his bid with a 3-minute video, in which he fired off an early broadside against a potential Republican opponent, Lt. Gov. Mark Robinson, who has not started a bid for governor. Within the first minute, the launch video features footage of Robinson and former President Donald Trump on stage together, including Stein’s description that: “Some politicians spark division, ignite hate, and fan the flames of bigotry.”

“Some politicians want to tell you who you should hate, when you’ll be pregnant, and who you can marry,” Stein says in the video, cut over clips of Robinson making anti-abortion and anti-LGBTQ comments. “I believe in a different North Carolina — and that the fights we choose determine what kind of state we’ll become.”

Robinson is seen as a top potential GOP contender — a social conservative firebrand who now serves as the state’s first Black lieutenant governor.

For Democrats, North Carolina presents a mixed picture: They haven’t won the state in a presidential election or a Senate race since 2008. But in 2016, Cooper, the former attorney general, unseated Republican Gov. Pat McCrory, making him the first sitting governor to lose reelection in the state’s history — the same year that President Donald Trump also won the state. Stein, a former state legislator, also won his first attorney general bid that year.

Stein’s early launch could help dissuade other primary challengers from jumping in, as he seeks to quickly build a war chest ahead of an expensive battle. He also rolled out a long roster of endorsements, particularly from Democratic state legislators.

But a slate of Democratic members of Congress may get drawn out of their seats under a new redistricting map ahead of 2024, which could prompt some to consider higher office.

LLiberal News
The situation in Eastern Ukraine is “essentially trench warfare,” Sen. Angus King said Sunday on CBS, as he…
LLiberal News
António Guterres warns that the race to increase fossil fuel production is ‘inconsistent with human survival.’
LLiberal News
Attorney General Merrick Garland announced on Thursday that he was appointing a special counsel, former U.S. attorney Robert…
LLiberal News
House Republicans are racing to draw a straight line from newly discovered classified documents found by President Joe…
LLiberal News
Rising consumer prices in the United States moderated again last month, bolstering hopes that inflation’s grip on the…
LLiberal News
If you have an issue of interest, Congress probably has a caucus for that.