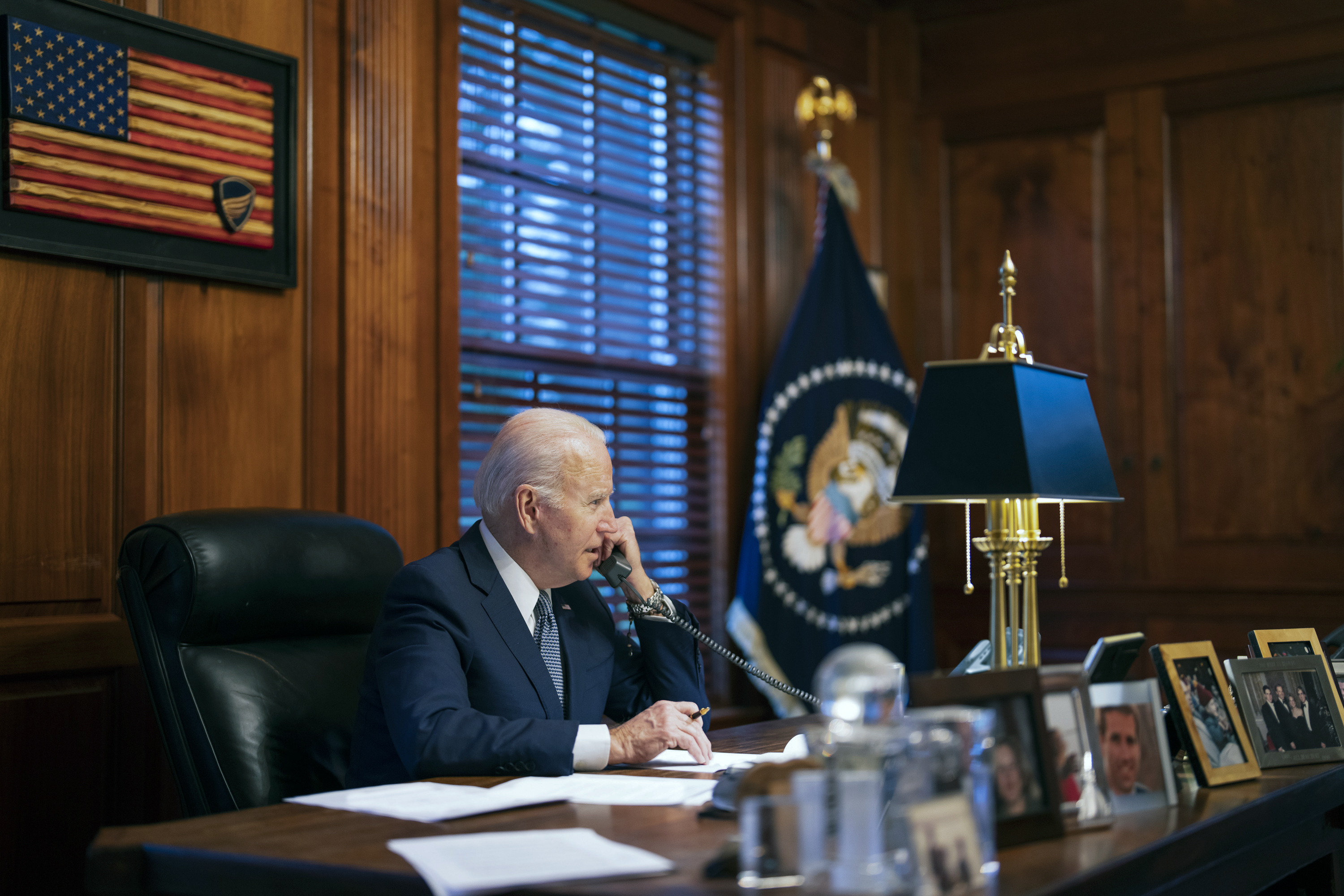 The appointment of special counsel Robert Hur on Thursday marks the first time a sitting president and his immediate predecessor faced simultaneous federal criminal investigations. Yet those two cases bear, at most, a passing resemblance.

There’s a much better analogy. And it’s one that holds both good and potentially worrisome news for President Joe Biden.

Trump is under investigation for willful retention of classified recordsbecause he ignored direct requests from national archives officials, a grand jury subpoena and even a personal visit from DOJ’s top counterintelligence official. The FBI seized the documents pursuant to a search warrant only after they discovered that Trump’s attorneys lied to them and that documents had been moved inside Mar-a-Lago after their visit.

If you or I possessed top secret information in our home, the feds wouldn’t ask for it politely or even issue a subpoena. The DOJ bent over backwards to treat Trump with kid gloves, which makes its case that he willfully retained classified material particularly strong. DOJ officials, under the direction of special counsel Jack Smith, are also investigating obstruction of justice and could bring those charges even if they decide not to bring charges related to classified records.

In contrast, Biden’s attorneys reportedly notified the National Archives shortly after classified documents were located in Novemberat the Penn Biden Center for Diplomacy and Global Engagement think tank in Washington, and turned over the documents thereafter. While Biden did not publicly reveal this problem of his own accord, the DOJ didn’t have to send letters or grand jury subpoenas, obtain search warrants or make personal visits to take possession of the documents. In December and January, Biden’s attorneys notified the DOJ that they had found classified documents at Biden’s residence on two separate occasions.

While the Biden investigation is at an early stage, and there may be key facts that are not yet public, Biden’s actions appear to have been sloppy and inadvertent rather than willful and obstructive. Most of the statutes that Trump is under investigation for violating wouldn’t apply to Biden’s conduct. The only statute that Hur would likely investigate is 18 U.S.C. 793(f)(1), which punishes the loss or removal of national defense information resulting from “gross negligence.”

If that sounds familiar, that’s because it was the same statute that former FBI Director James Comey focused on during the investigation of Hillary Clinton’s private email server. Comey eventually studied prior cases and the DOJ’s prior interpretation of that statute, and concluded that it required negligence that was “so gross as to almost suggest deliberate intention,” criminally reckless, or “something that falls just short of being willful.”

That’s a rather high bar, and it doesn’t appear likely that Hur will find that Biden’s sloppy handling of classified material will meet that standard.

Like the Clinton investigation, it’s not clear that this matter meets even the low bar for initiation of a criminal investigation. (Not to mention, there is a longstanding policy at DOJ against indicting a sitting president, a policy that Trump directly benefited from at the conclusion of Robert Mueller’s investigation.) Certainly, a national security review is needed, given that a former (and now current) high-ranking government official kept at least 10 classified documents — including at least one marked Top Secret/Sensitive Compartmented Information, the highest classification in the government — for over six years in an unsecured office and additional classified documents in his home garage.

So why investigate at all?

One reason a special counsel was appointed was to ensure the Justice Department did not appear to be giving Biden preferential treatment, particularly given the ongoing investigations of Trump. In that sense, it is a decision based as much on public perception as it is on law. This isn’t wrong; appearances of fairness matter a great deal. But it is potentially problematic.

If Special Counsel Hur does not repeat Comey’s mistake of making investigative decisions based on how he thought those decisions would be perceived by the public, rather than on their own merits,and reaches a decision without creating a public spectacle, his appointment may very well have been the right call.

How, then, does this impact the work of Special Counsel Jack Smith, who is investigating Trump for — among other things — willfully retaining classified records at Mar-a-Lago? Not one bit. At least, it shouldn’t.

There is no factual overlap between the two investigations. No witnesses or evidence in common. The two cases involve different federal statutes, given that Biden acted much differently than Trump. But does public perception that both men acted similarly mean that Trump is off the hook, as some legal analysts have speculated?

While no one knows for sure what Smith, a prosecutor with a reputation for fairness and objectivity, will do, prosecutors don’t typically make decisions regarding whether to charge someone based on what a different prosecutor is doing in an unrelated case. When I prosecuted bank robbers, child molesters and fraudsters for the Department of Justice, I didn’t pull punches because other prosecutors might make different decisions. I dealt with the facts in front of me and made prosecutorial decisions on those facts alone.

Jack Smith’s job is to follow the facts and bring charges if they’re warranted. Politicians may decline to move forward because of a media narrative, but that’s not how prosecutors are supposed to make decisions. If Smith takes into account what pundits might say, he’ll be making the same mistake Comey did. Prosecutors should make decisions based on the law and the facts, not on how they will play on cable TV.

LLiberal News
Florida Gov. Ron DeSantis is easily one of the most recognizable names in American politics today. He won…
LLiberal News
Elon Musk continued his tour of Washington, D.C. Friday with visits to the White House and Capitol Hill…
LLiberal News
Union membership hit an all-time low in 2022 despite a surge in organizing efforts that emerged during the…
LLiberal News
TALLAHASSEE, Fla. — When a couple hundred major donors to Gov. Ron DeSantis’s inauguration arrived at a candlelight…
LLiberal News
Rep. George Santos on Thursday shot down claims that he once performed as a drag queen, the latest…
LLiberal News
When Ukraine’s president Volodymyr Zelenskyy delivered a surprise address last month to a joint session of Congress —…