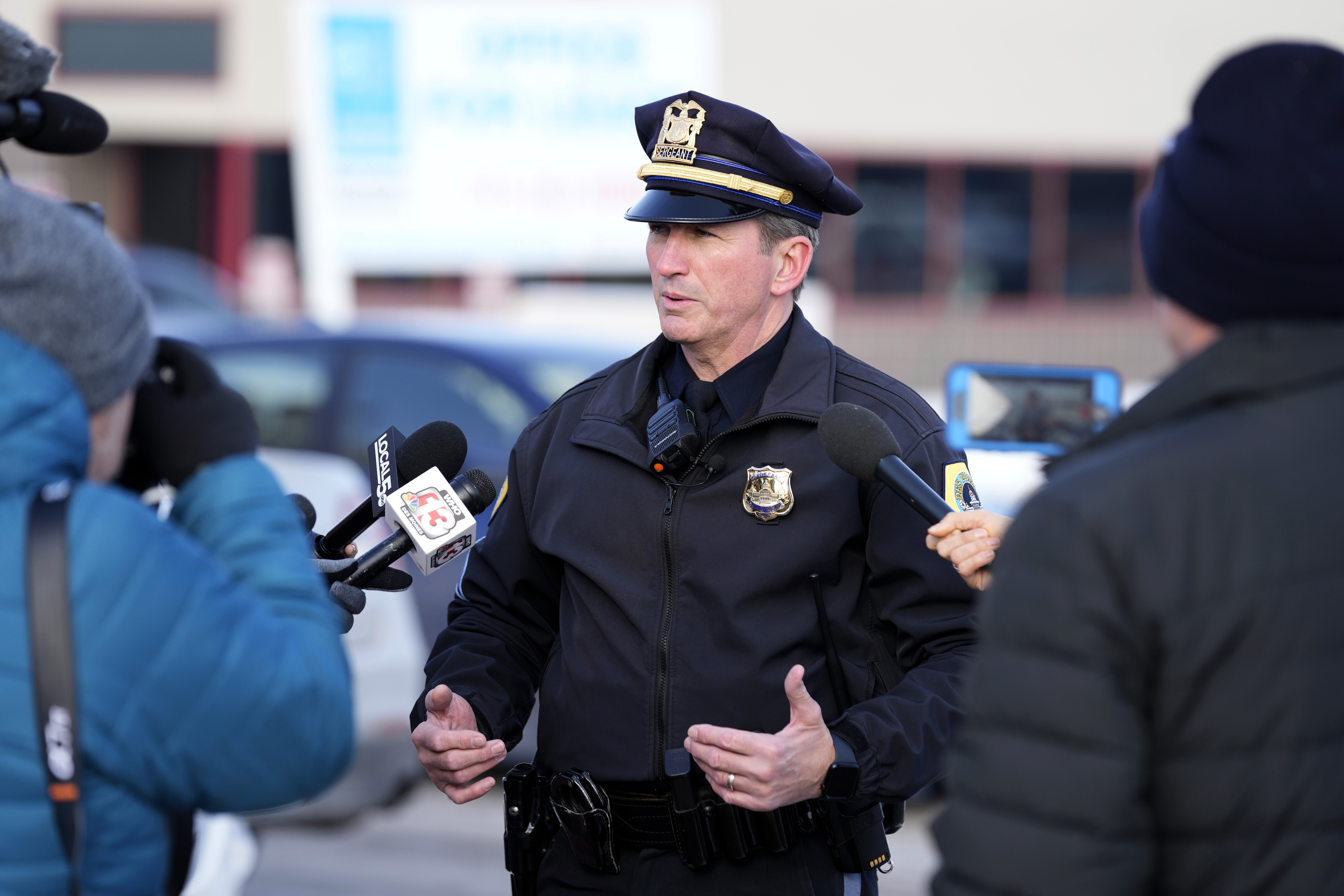 DES MOINES, Iowa — Two students were killed Monday and a teacher was injured in what police said was a targeted shooting at a Des Moines school that is dedicated to helping at-risk youth, and three suspects were arrested afterward.

The shooting was at an educational program called Starts Right Here that is affiliated with the Des Moines school district.

Police say emergency crews were called to the school, which is in a business park, just before 1 p.m. Officers arrived to find two students critically injured, and they started CPR immediately. The two students died at a hospital. The teacher who was injured is in serious condition and headed into surgery Monday afternoon.

About 20 minutes after the shooting, police said officers stopped a car that matched witnesses’ descriptions about two miles away and took three suspects into custody. Police said one of the suspects ran from the car, but officers using a K-9 were able to track that person down.

“The incident was definitely targeted. It was not random. There was nothing random about this,” Sgt. Paul Parizek said.

The Starts Right Here program, which helps at-risk youth in grades 9-12, was founded by Will Holmes, a rapper whose stage name is Will Keeps. He didn’t immediately respond to a message seeking comment Monday.

“The school is designed to pick up the slack and help the kids who need help the most,” Parizek said.

The Greater Des Moines Partnership, the economic and community development organization for the region, says on its website that Keeps came to Des Moines about 20 years ago from Chicago, where he “lived in a world of gangs and violence” before finding healing through music.

The partnership said the Starts Right Here movement “seeks to encourage and educate young people living in disadvantaged and oppressive circumstances using the arts, entertainment, music, hip hop and other programs. It also teaches financial literacy and helps students prepare for job interviews and improve their communication skills. The ultimate goal is to break down barriers of fear, intimidation and other damaging factors leading to a sense of being disenfranchised, forgotten and rejected.” The school’s website says 70% of the students it serves are minorities.

Gov. Kim Reynolds, who serves on an advisory board for Starts Right Here, said she was “shocked and saddened to hear about the shooting.” Des Moines Police Chief Dana Wingert is on the Starts Right Here board.

“I’ve seen first-hand how hard Will Keeps and his staff works to help at-risk kids through this alternative education program,” Reynolds said in a statement. “My heart breaks for them, these kids and their families. Kevin and I are praying for their safe recovery.”

Nicole Krantz said her office near the school was put on lockdown immediately after the shooting, and she saw someone running from the building with police in pursuit on foot and in patrol cars.

“We just saw a lot of cop cars pouring in from everywhere,” Krantz said to the Des Moines Register. “It’s terrifying. We’re all worried. We went on lockdown, obviously. We were all told to stay away from the windows because we weren’t sure if they caught the guy.”

LLiberal News
When it comes to regime change, there’s an important relationship between regime opponents inside the country, and exiles…
LLiberal News
Donald Trump called a rape accusation against him a “hoax” and denied ever kissing or touching women without…
LLiberal News
When Rep. Steven Horsford heads to the White House to meet with President Joe Biden this week, he…
LLiberal News
SACRAMENTO, Calif. — Gov. Gavin Newsom opened his second term Friday by contrasting his progressive vision with that…
LLiberal News
The new chair of the House Foreign Affairs Committee said Sunday it is important the United States announce…
LLiberal News
Sen. Ron Johnson said Sunday that media coverage of his proximity to 2020 election denial was a “smear”…