Home Ro Khanna says he’s looking at the Senate. His allies are talking about the White House.
LLiberal News

Ro Khanna says he’s looking at the Senate. His allies are talking about the White House. 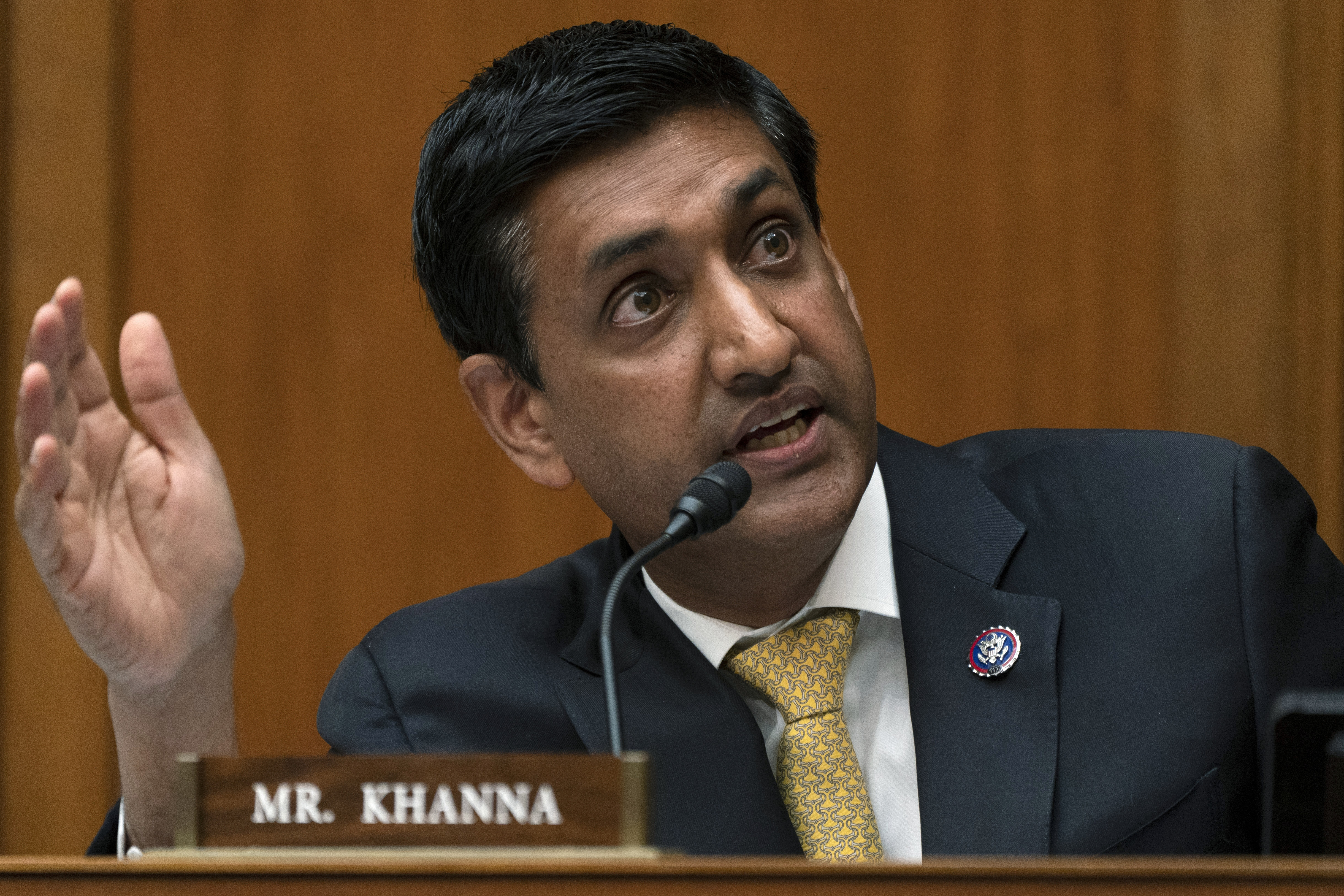 But recent moves have sparked a new round of speculation among Democrats in several key states that the California congressman continues to have his eye on a higher office.

Khanna has retained consultants who are veterans of New Hampshire’s primary and Nevada’s. He paid one Iowa firm as well, before the Democratic National Committee made plans to revoke the state’s first-in-the-nation status. He’s also begun to more forcefully draw contrasts with potential political rivals, chief among them transportation Secretary Pete Buttigieg.

Those close to Khanna say he’s keeping his options open ahead of a potential presidential run in 2028 or beyond. But others in his orbit are talking about an even more compressed timeline: running in 2024 if President Joe Biden decided not to.

“I think he would be a great United States senator,” said Mark Longabaugh, a Democratic strategist whose firm did media consulting for Khanna last year. “But I also think, should Biden decide not to run, I think he’s a very plausible candidate for president of the United States. So I think that those decisions are yet to be made.”

“There are a lot of Bernie [Sanders] supporters and progressives who have reached out to me to encourage me to look at the race and what I’ve told them is I will do so over the next few months,” Khanna told POLITICO of a Senate bid.

But despite his protestations otherwise, some consultants whose firmshave worked with the congressman in early primary states say they have a different impression about the extent of his political ambitions.

“I would just have to assume that while Ro has been incredibly interested in the great state of Iowa for a number of reasons, that perhaps it had to do with laying the groundwork for any potential future national bids,” said Stacey Walker, the former Iowa campaign co-chair for Sanders and founder of the Iowa-based firm Sage Strategies, which Khanna paid $8,000 last year. “If President Biden didn’t seek reelection, his name would have to be on the list of top contenders. That’s Stacey Walker speaking.”

Just before and during the 2022 campaign cycle, Khanna showered money far afield from his district in Silicon Valley — and even his would-be Senate territory. He paid $22,000 last year to Sanders’ former New Hampshire state director, Shannon Jackson; $25,000 to the Sanders-founded progressive group Our Revolution for digital advertising; and $8,000 each to political firms in Nevada and Iowa. Walker said the payment to the Iowa firm was for help setting up meetings with labor leaders in the state.

Jackson, who is close to Sanders, said he has been working with Khanna to help him build relationships with Sanders activists nationally as well as in states such as New Hampshire. He said Khanna “is not running in 2024,” but “[f]arther down the line, I believe he is one of the progressives who can build on Bernie’s work in the future.”

Khanna, meanwhile, said his payments to the Nevada firm were related to “building support in the Latino community around the country around a new economic patriotism, particularly focused on the Southwest.”

“Some folks say ‘well, this is about Iowa, and about Pete winning Iowa,’” Kanninen said. “Maybe there’s some of that. But I don’t think it’s score-settling. I think it’s more forward-looking: ‘He’s a rival, and we’re trying to hurt a rival.’”

But others in the party said the attacks on the secretary were unfair and unfounded.

Still, Khanna, who is well-connected among the activist left, likely knows tweaking Buttigieg carries with it a certain cachet. Asked about where all this is leading — a 2028 bid and a face-to-face primary debate with Buttigieg, perhaps? — Khanna didn’t close the door to a run at that time.

“We need to have a message of new economic patriotism that brings a production renaissance in America,” he said. “I believe that the message I’m articulating is the message that the Democratic Party should adopt post-President Biden’s eight years.”

LLiberal News
The 2024 Senate map was already daunting for Democrats. Now, some in the party worry that a tangled…
LLiberal News
Even as one Republican acknowledged distinctions Sunday between Biden’s handling of documents and former President Donald Trump’s, most…
LLiberal News
MONTEREY PARK, Calif. — A gunman killed 10 people at a ballroom dance studio amid Lunar New Year…
LLiberal News
Mike Pence’s political operation has poached a top adviser to Nikki Haley as the two jostle for a…
LLiberal News
LLiberal News
A group of prominent Michigan Republicans are encouraging Florida Gov. Ron DeSantis to jump into the 2024 presidential…