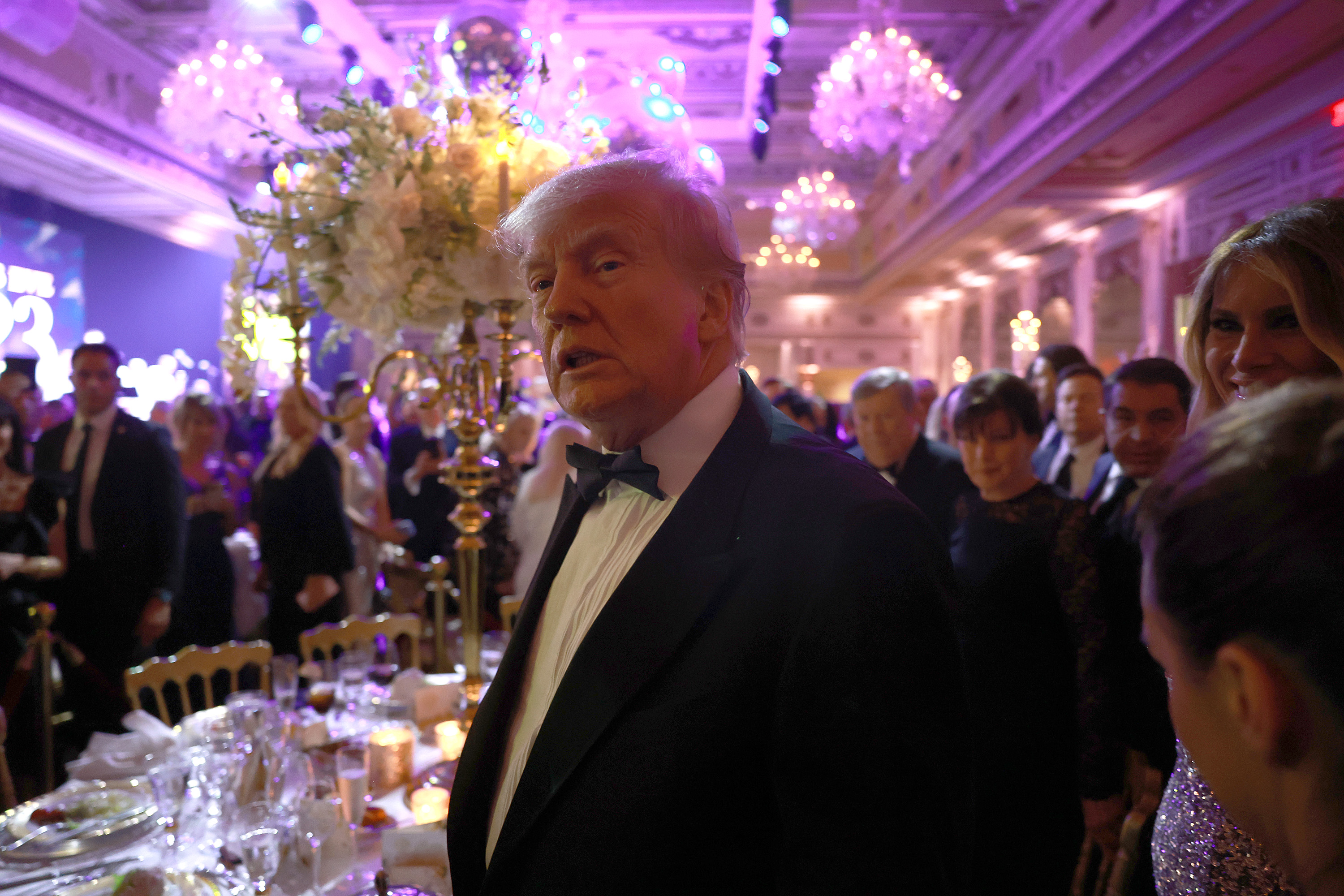 Former President Donald Trump is planning to hold his first public campaign event of the year in South Carolina, in what aides are portraying as a first step into a more public phase of his 2024 White House run.

Trump is slated to make an appearance in late January in Columbia, S.C. It will not be a rally, his advisers said, but will be a more “intimate” event where he will roll out his leadership operation in a state which hosts a key early Republican primary contest. Trump’s advisers are casting the plans as part of a gradual build-out of the former president’s campaign, following a relatively private month-and-a-half since a November launch that coincided with the holiday season.

During a Wednesday interview with POLITICO, senior Trump advisers Brian Jack, Chris LaCivita and Susie Wiles pushed back on the idea that Trump had so far run a low-energy effort, pointing to his opening of a campaign headquarters in West Palm Beach, Fla., his activity in key primary states over the course of the 2022 midterm election and the initial build-out of senior staff.

They said the forthcoming South Carolina event, among other moves, was evidence that the former president was taking important steps to set himself up for the GOP nomination during the opening days of the race.

“Not all that occurs in the campaign is done in the public eye … There’s a level of expectation that is maybe pushed by people that don’t view the campaign in maybe the most positive light,” said LaCivita. “You have to husband your resources, you have to plan and you have to be ready, and so all of that — we don’t advertise those aspects of campaign building, of campaign organizing.”

The comments come amid mounting questions in political circles about Trump’s low-profile approach. Trump has not held any of his trademark rallies since the end of the midterm election – prompting chatter that he is starting the campaign in a state of political weakness, after a host of Republican-endorsed candidates fell short in the 2022 midterms.

The Trump officials declined to say when his rallies would resume — but they argued that it made little sense to hold them at such an early point in the campaign.

“People want to push, ‘Why aren’t you doing rallies?’ Well, I think it would be kind of crazy to be spending huge amounts of money this far out,” LaCivita said.

It’s the latest piece of a broader plan to solidify Trump’s standing in states that hold key nominating contests in early 2024. During the midterm election, the former president endorsed a host of candidates in Iowa, New Hampshire, South Carolina and Nevada. Trump has also hired a pair of Iowa-based strategists, Alex Latcham and Eric Branstad, come out in support of Iowa’s first-in-the-nation status for its caucuses and, this week, took out a full-page advertisement in the Iowa GOP’s annual legislative breakfast program.

In New Hampshire, the former president has maintained a close relationship with the state party chairman, Stephen Stepanek, as he has with the Nevada GOP chair, Michael McDonald. And last June, he spoke remotely to a breakfast gathering of South Carolina GOP officials.

Trump notched a critical win in South Carolina’s 2016 primary, where he received nearly one-third of the vote in a splintered field. This time, the former president could face opposition in the state from two South Carolina-based Republican rivals: Sen. Tim Scott and former U.N. Ambassador Nikki Haley, both of whom are potential candidates.

But Wiles argued that Trump was the best positioned to win the South Carolina primary contest, and that “there’s no data that I’ve ever seen that suggests otherwise.”

Trump’s advisers also said the former president was holding dinners with top donors and party leaders, among other moves behind the scenes. He has been monitoring the race for Republican National Committee chair, which pits the incumbent, Ronna McDaniel, against a challenger, California committeewoman Harmeet Dhillon. McDaniel has held the post since 2017, when Trump nominated her for the chairmanship.

Wiles said Trump was open to the possibility of endorsing in the contest, which will be decided at the committee’s annual winter meeting in Dana Point, Calif., later this month.

Within the former president’s orbit, the current presidential campaign is being seen as very different from the 2020 one.

So far, the 2024 campaign is tightly staffed, and Wiles said its ranks of aides would be filled out “deliberately” – an implicit contrast with Trump’s reelection campaign four years ago, which was criticized as bloated. And unlike Trump’s 2020 campaign, based in a sleekly designed office in Arlington, Va., with panoramic views of the Beltway, the just-opened West Palm Beach headquarters is sparsely decorated, with used furniture, two TVs, and a cheap refrigerator.

“It is a true campaign headquarters,” Wiles said, adding that it was not “extravagant in any sense.”

LLiberal News
Rep. George Santos on Thursday shot down claims that he once performed as a drag queen, the latest…
LLiberal News
Tom Cotton says he will slow down confirmation of all of President Joe Biden’s nominees until Congress is…
LLiberal News
MEXICO CITY — Joe Biden has no shortage of topics to tackle in his first presidential trip to…
LLiberal News
The Justice Department and states including California, New York, Colorado and Virginia filed a lawsuit against Google alleging…
LLiberal News
Treasury Secretary Janet Yellen has told President Joe Biden she will remain in her post for the next…
LLiberal News
At the swearing-in this month for her third term as the District of Columbia’s mayor, Muriel Bowser delivered…