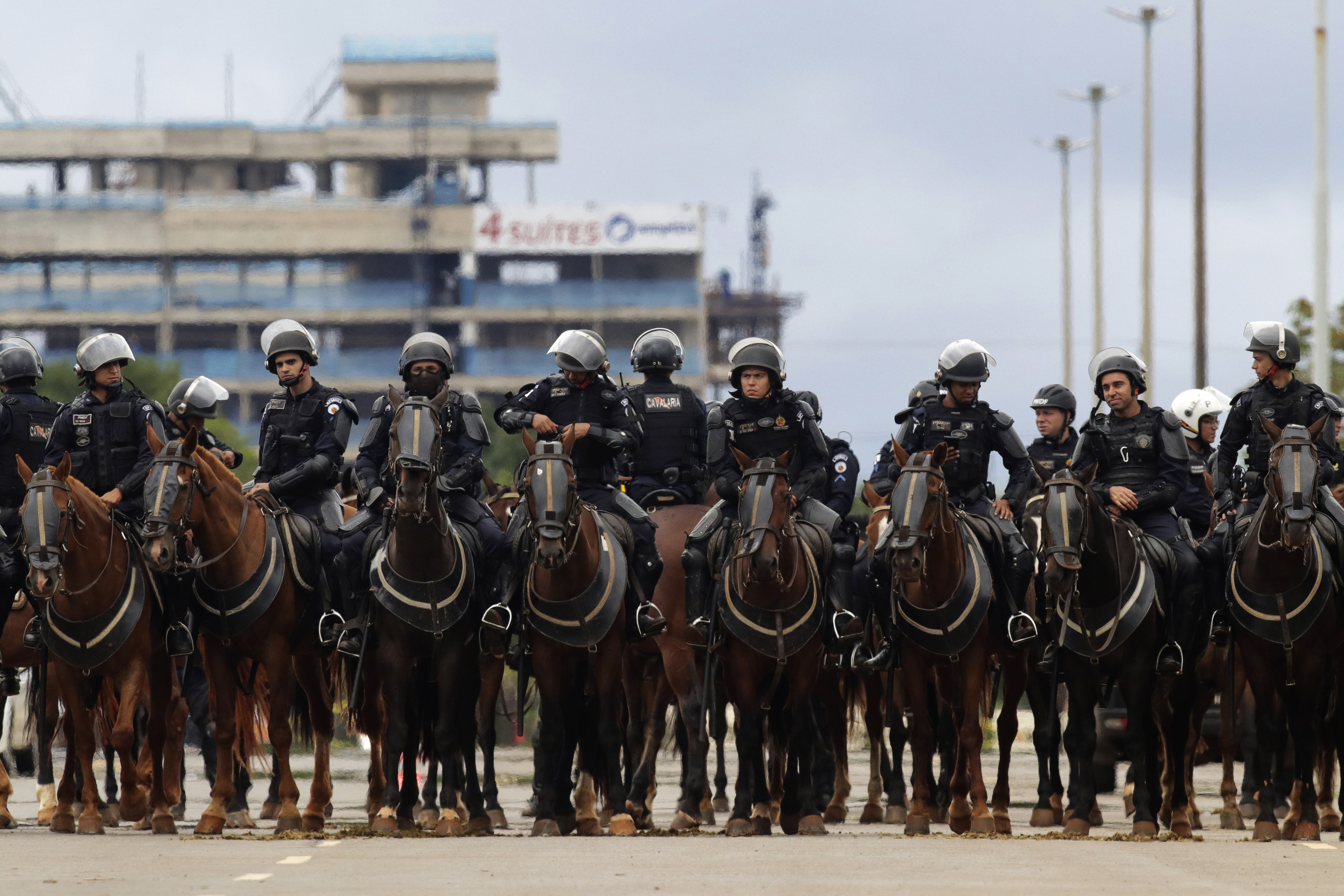 MEXICO CITY — President Joe Biden and his Mexican and Canadian counterparts on Monday denounced the weekend storming of Brazil’s government institutions, pledging to support the recently elected leader of the country, whose predecessor has fueled doubts about his legitimacy.

The statement of condemnation from the three North American leaders came as they attended a summitand as some Democrats called for that predecessor, Jair Bolsonaro, to get kicked out of the United States. Bolsonaro is reported to have been staying in Florida after he skipped the inauguration of his recent successor, Luiz Inácio Lula da Silva, widely known as Lula.

Biden administration officials declined to say if they were looking at kicking out Bolsonaro, but noted that the Brazilian government has not requested it. A Brazilian news organization, meanwhile, reported that Bolsonaro had been admitted to a Florida hospital due to abdominal pains, though that report could not immediately be confirmed.

Unwilling to accept his defeat, Bolsonaro supporters on Sunday stormed Brazil’s presidential, congressional and supreme court buildings. The events echoed the Jan. 6, 2021, insurrection at the U.S. Capitol by supporters of then-President Donald Trump,a vocal backer of Bolsonaro. Like Trump, Bolsonaro has a strongman style and sought to sow doubts about the election which he lost.

“We stand with Brazil as it safeguards its democratic institutions. Our governments support the free will of the people of Brazil. We look forward to working with President Lula on delivering for our countries, the Western Hemisphere, and beyond,” the three leaders said.

Numerous Democratic lawmakers have spoken out against the Brazilian attacks since Sunday, while Republicans, possibly due to concerns about avoiding Trump’s ire,were largely quiet.

One prominent GOP member to speak out Monday was Rep. Michael McCaul of Texas, the lead Republican on the House Foreign Affairs Committee. “The scenes over the weekend in Brazil were troubling to see. I thank Brazilian authorities for once again securing Brazil’s top government institutions and I urge calm & restraint in the country,” McCaul said, according to a tweet.

Rep. Joaquin Castro, a Democrat from Texas, was among the lawmakers who said the United States needs to kick Bolsonaro out of Florida and back to Brazil, where the former president is under investigation on a number of allegations.

“Bolsonaro must not be given refuge in Florida, where he’s been hiding from accountability for his crimes,” Castro tweeted.

The State Department declined to comment on the type of visa the former Brazilian leader used to enter the United States, saying such records are confidential. Officials with the Department of Homeland Security also did not respond to questions about Bolsonaro’s visa status.But the United States generally has broad leeway to revoke visas.

Still, White House national security adviser Jake Sullivan would not say what, if anything, the Biden administration would do to shorten Bolsonaro’s Florida stay.

“We have not, as of now, received any official requests from the Brazilian government related to Bolsonaro,” Sullivan said. “Of course if we did receive such a request, we’d treat them the way we always do — we’d treat them seriously.”

Sullivan would not say if the United States would revoke Bolsonaro’s visa — details of which he would not share — independent of a Brazilian request. He said he expected Biden to speak with Lula at some point, but that no call was immediately scheduled.

O Globo, a Brazilian news outlet, reported Monday that Bolsonaro had been admitted to a hospital in the Orlando, Florida, area due to abdominal problems. The former Brazilian leader has on several occasions had to deal with such medical problems since being stabbed in 2018 while campaigning.

An aide to Bolsonaro did not respond to requests for information.

Since losing office, Bolsonaro has sent mixed signals about his views on what his supporters should do to back his claims of a rigged election. He has often stayed silent, unlike Trump, who in many ways encouraged the protesters who attacked the U.S. Capitol two years earlier. It’s not clear what precisely sparked the Brazilian attacks on Sunday.

But the former Brazilian president on Sunday did tweet out a careful condemnation that also dinged his political foes: “Peaceful demonstrations, in the form of the law, are part of democracy. However, depredations and invasions of public buildings as occurred today, as well as those practiced by the left in 2013 and 2017, escape the rule.”

Bolsonaro’s son, Eduardo Bolsonaro, has close ties with Trump-aligned conservative figures in the United States, such as Steve Bannon and Jason Miller, and has been in contact with them since the October presidential election.

On his “War Room” podcast on Monday, Bannon claimed the Bolsonaros have not been involved in the unrest in Brazil, and he mocked allegations that he himself orchestrated the assaults. But he has been supportive of the protesters’ efforts.

On Sunday, Bannon called the protesters “Brazilian freedom fighters.” And he has continued to allege corruption and fraud in Brazil’s election and on Monday called for Lula to “open up the machines.”

Asked about the links between Trump’s backers and those of Bolsonaro, Sullivan said he had no immediate information to share. Brazilian authorities have arrested hundreds of people alleged to have stormed the government facilities.

A senior State Department official said that all embassy staff members in Brazil were safe amid the chaos. “We did an accountability exercise within minutes of this first breaking and were able to establish full accountability for our team in Brazil and those visiting on temporary duty,” the official said, speaking on condition of anonymity because it involved the sensitive topic of security.

LLiberal News
Justice Department and FBI leadership on Friday cautioned any potential protesters from turning violent during demonstrations expected across…
LLiberal News
Treasury Secretary Janet Yellen has told President Joe Biden she will remain in her post for the next…
LLiberal News
Security services want smart camera technology. Critics fear it’ll turn the country into surveillance state.
LLiberal News
LLiberal News
Kevin McCarthy and his conservative opponents have reached a tentative breakthrough after a days-long standoff, giving the California…
LLiberal News
The company at the center of lingering infant formula shortages in the U.S. is now under a criminal…