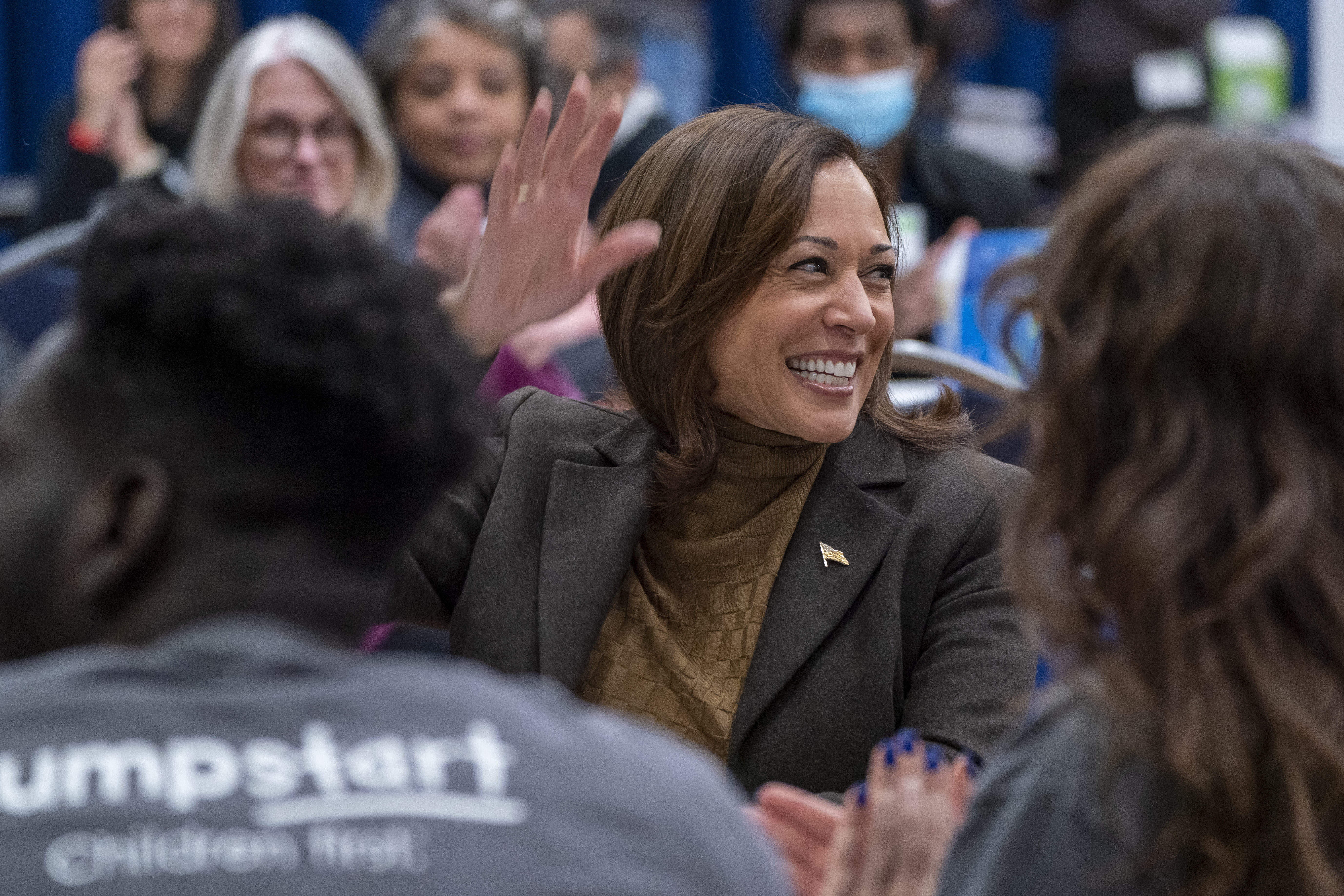 For Kamala Harris and her aides, the new year — and a new Congress — has brought a sense of optimism.

After spending much of her time in office managing bad headlines, staff turnover and persistent questions about her portfolio and position in Biden world, the vice president is in a better place, her allies and aides say.

She no longer is tied to the whims of an evenly split Senate, where she had been called to cast more than two dozen tie-breaking votes. And they say she no longer feels her every move is being eyed in the context of a potential 2024 Harris presidential campaign since her boss is highly likely to seek another term.

“Now that it looks like he’s running, she’s really being treated like what I would call a ‘normal vice president,’” said one former Harris aidewho spoke on the condition of anonymity. “There’s just less attention, which I think actually frees her up to focus on excelling and not have to worry about the relentless scrutiny.”

Whether Harris can take advantage of being freed up — and how that would play out — are the main questions facing the vice president and her staff heading into 2023, questions that could go a long way in determining her and President Joe Biden’s future.

Harris took heat for a perceived lack of progress on fraught issues assigned to her by Biden including immigration and voting rights. She also endured a steady stream of staff departures in her first year.

But she eventually found her footing last year, and several current aides say Harris now feels a sense of comfort (long elusive) and flexibility (long sought). She has hit the road multiple times a week on issues ranging from climate change to infrastructure.

Her office said she also will continue to be the administration’s leading voice on abortion rights; after the Supreme Court overturned Roe v. Wade, she hosted or attended several dozen events on the issue. The vice president’s office is planning a major speech on abortion rights for the 50th anniversary of Roe on Jan. 22. A location has yet to be determined but multiple aides say Florida is at the top of the list.One White House official said the event will reemphasize that the administration doesn’t view abortion access as just a midterm issue, with promises to give state and local officials White House backing needed to protect and expand access.

Allies say they’re encouraged by trips Harris has made following the midterms and hope to see the White House utilize her even more aggressively.

“One of the challenges that this administration had is I don’t think that the White House writ large fully understood what it meant to have a historic first vice president,” one White House ally said. “You have to put her out front more on some things because it looks different and it is different, right?”

Harris herself has told her staff she is eager to do more. After returning from the holiday break, she went around the table during a meeting and asked each staffer what their word for the new year was. When it was her turn, she offered the word “momentum.”

Karen Finney, a veteran Democratic strategist close to Harris and the White House, said she would like to see the vice president being tasked with putting government projects into perspective for the public. Harris knows “how important it is to connect these big-dollar figures and big programs to the very real impact that is having on people’s lives,” Finney said. “She was an attorney general, a district attorney, so she’s just a little closer to that real life.”

White House officials have been utilizing Harris in this vein more and more. While Biden traveled to Kentucky earlier this month to mark a major bridge project there with Senate Minority Leader Mitch McConnell, Harris spoke in front of Chicago’s historic 95th Street Bridge to highlight infrastructure projects there.

“People across this bridge every day have traveled on their way to work or taking their children to school,” Harris said. “Millions of Americans who have never heard of this bridge and will never cross it rely on products like meat and eggs that cargo ships bring across it, or drive a Ford car whose parts pass through here and was built by UAW 551.” 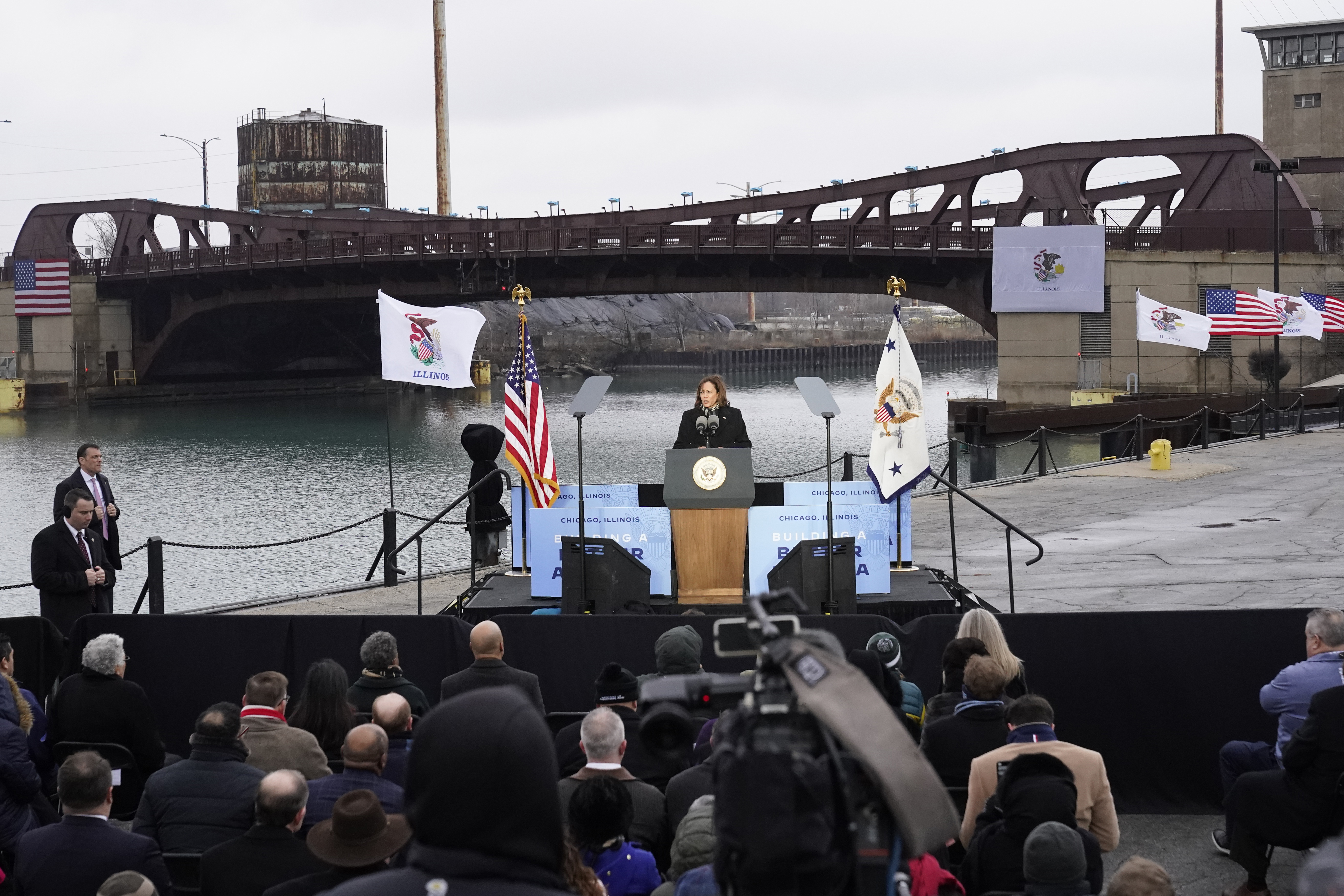 Harris world has lamented that those speeches don’t always get coverage or translate well in Washington. They’ve been frustrated, in particular, by what they believe have been consistently negative and strictly political headlines in the Beltway in her first year and a half in office — such as when she held events in swing states only to find the resulting stories focused solely on how those events could affect a Harris 2024 presidential race.

“You were dealing with events that were impacting people, whether it’s Covid or [whatever], but the coverage is, ‘Yeah … but she just made a misstep here that could hurt her chances in [2024],’” another former aide said.

With the midterm campaigning behind her, and a future schedule no longer restrained by the Senate calendar, Harris’ current aides said they envision a wider lane for the vice president, even as she continues focusing on her issues and promoting the administration’s accomplishments.

“People have a hard time figuring her out because too often they’re looking at an old model and they’re not willing to take her for who she is and what her style is,” Finney said.

LLiberal News
LLiberal News
Matteo Messina Denaro had been on the run for 30 years.
LLiberal News
The Biden administration and House Republicans are heading toward an initial Thursday debt ceiling deadline without even a…
LLiberal News
A federal judge on Friday ruled that a Jan. 6 defendant — who said he surged onto the…
LLiberal News
Microsoft is cutting 10,000 workers, almost 5% of its workforce, joining other tech companies that have scaled back…
LLiberal News
NEW YORK — Mayor Eric Adams, a retired police captain who’s made public safety the cornerstone of his…