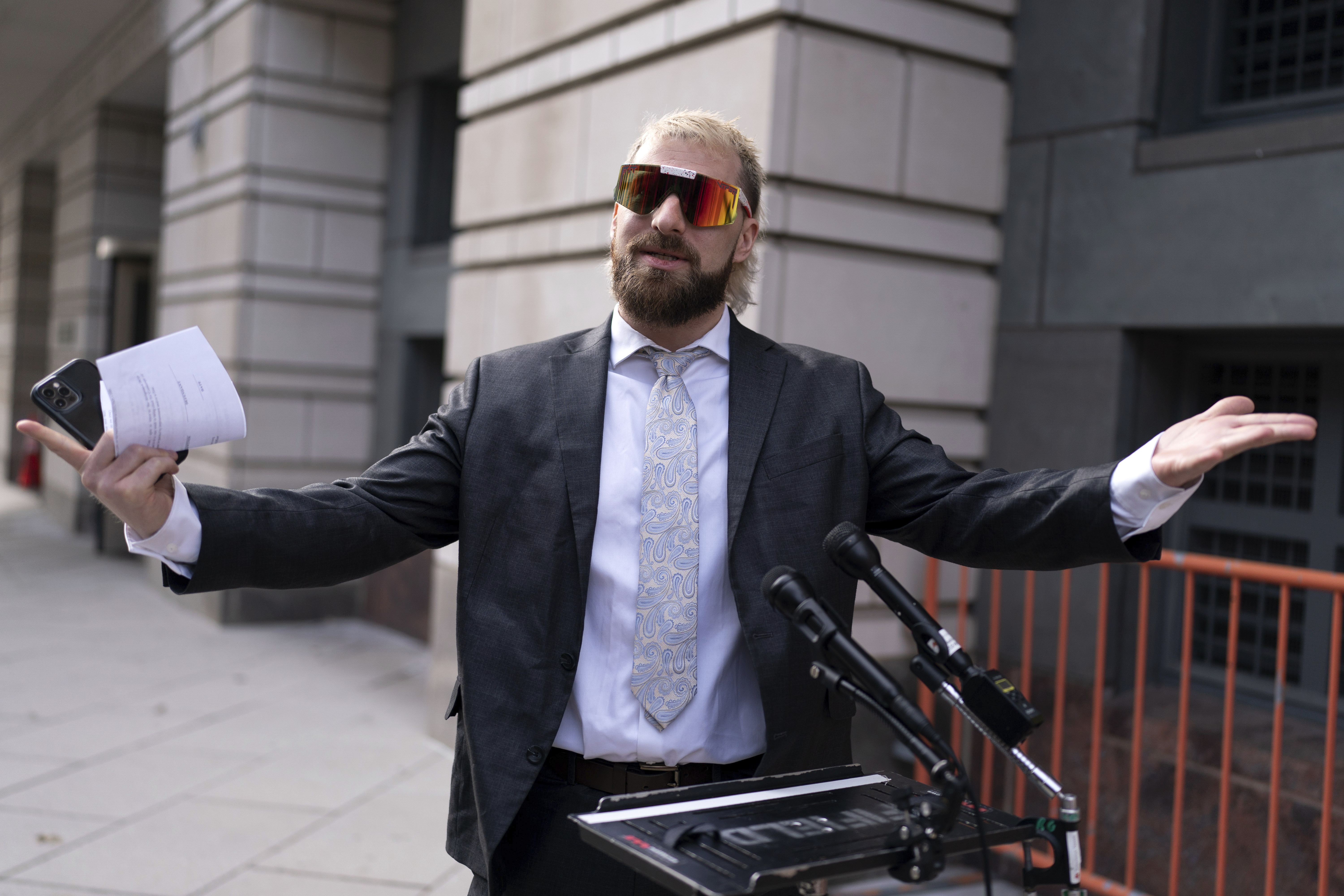 A federal judge sentenced pro-Trump livestreamer Anthime “Baked Alaska” Gionet on Tuesday to 60 days in prison for his actions at the Capitol on Jan. 6, calling his raucous conduct “shocking” amid the chaos of the mob.

U.S. District Court Judge Trevor McFadden, a President Donald Trump appointee, said Gionet made a “mockery of democracy,” live streaming while he marauded through the Capitol, swore at Capitol Police officers trying to force him to leave and entered the private offices of two senators.

The 60-day jail term is relatively steep for the hundreds of misdemeanor defendants who have faced sentencing for their conduct at the Capitol. Many of those who simply entered and exited the building, without committing property damage or violence, have received sentences of probation. More than 900 people have been charged for their actions amid the Capitol mob, a range of criminal offenses that include simple trespassing to seditious conspiracy.

Gionet pleaded guilty last year to parading on Capitol grounds. But McFadden agreed with prosecutors that Gionet’s conduct stood out among other rioters for its brazenness. Just weeks after being charged with unrelated crimes in Arizona, Gionet came to Washington and live-streamed his trip to the Capitol, part of a DLive stream that also included a way for his viewers to send payments.

As he approached the building, viewers informed Gionet that Trump supporters had begun storming the building and were engaged in physical confrontations with police, resulting in pepper spraying. Gionet then urged crowds standing nearby to walk to the opposite side of the Capitol where the conflicts were occurring.

Once inside, Gionet entered the hideaway of Sen. Jeff Merkley (D-Ore.), where he facetiously picked up a phone and pretended to dial other U.S. senators. He repeatedly suggested that he expected rioters to camp inside the building, and he said he expected Trump would be pleased that his supporters were fighting on his behalf.

McFadden suggested that Gionet appeared to express no remorse for his actions. Though he didn’t address it, prosecutors had also emphasized that Gionet recently celebrated the fact that his case had been transferred to McFadden — who has given out relatively lighter sentences than other judges — from U.S. District Court Judge Emmet Sullivan.

LLiberal News
Kevin McCarthy is kicking his bid for the speaker’s gavel into a historic third day after Republicans adjourned…
LLiberal News
LLiberal News
Klaus Schwab will stay in office until he dies, insiders say of World Economic Forum founder.
LLiberal News
“That’s not happening,” the Turkish president said of Sweden’s NATO bid following protests in Stockholm where a Quran…
LLiberal News
House Republicans passed a bill Friday that aims to curb President Joe Biden’s ability to tap the nation’s…
LLiberal News
The chairman of Russia’s lower house invoked the use of nuclear weapons in a social media post.