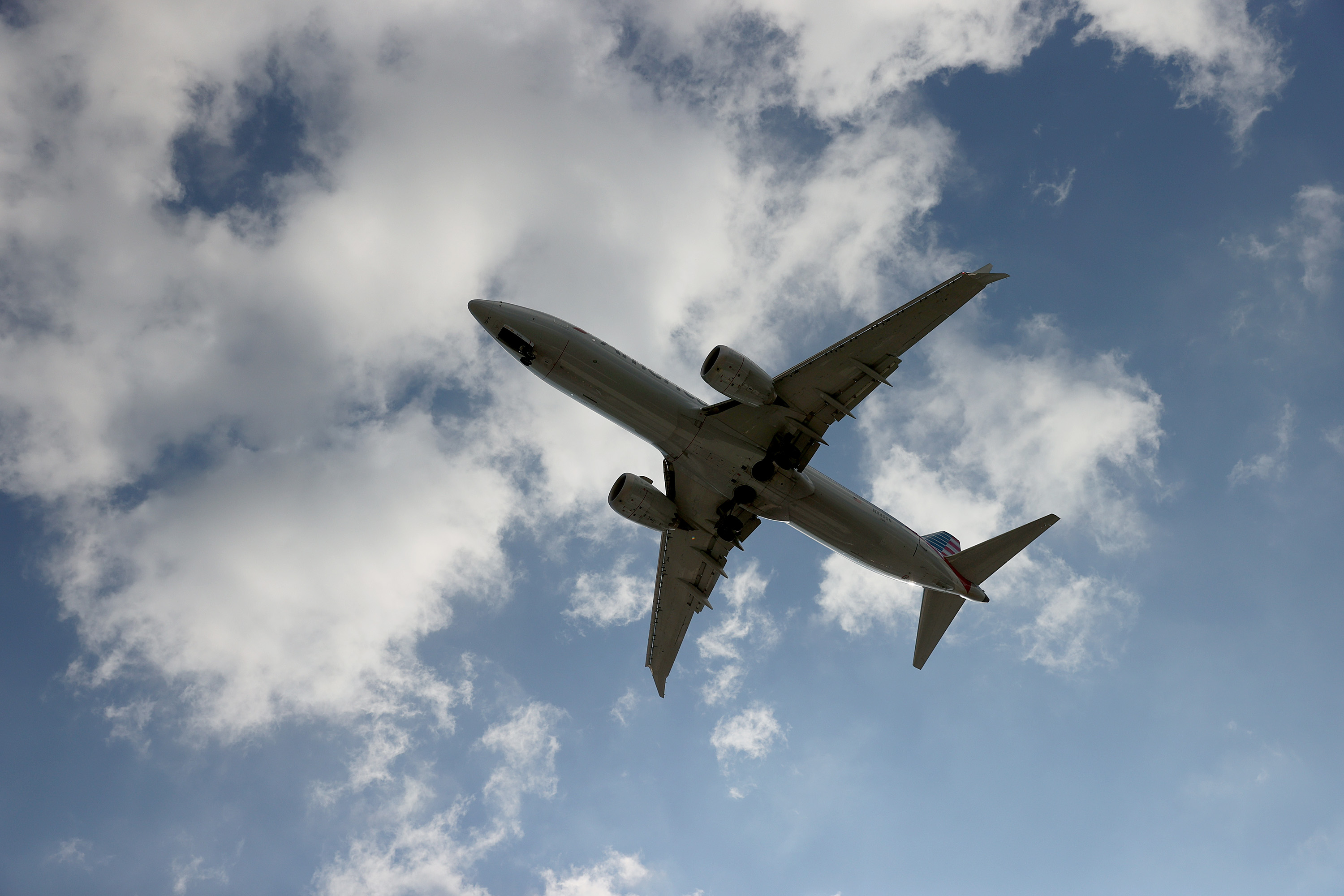 The cramped, damp and poorly lit airplane toilet is among the scourges of air travel, a source of dread for young and old alike. But the deafening “swoosh” of the airplane lavatory may have finally found a higher calling: helping government scientists detect deadly virusesentering the United States.

As Covid-19 cases explode in China and new viral threats loom, the Biden administration is ramping up surveillance of biological samples from international passengers arriving at U.S. airports to scan for new virus variants and other hazards to Americans’ health.

Late last month, amid concerns over new variants expected to emerge from China’s massive Covid outbreak, the Biden administration expanded a program started in late 2021 to collect voluntary nasal swabs from arriving passengers to determine what Covid strains are entering the country. It set up new operations at Seattle-Tacoma International in December and LAX in early January to target more flights carrying passengers coming from China, and went from monitoring around 55 flights from Asia each day to 260.

At the same time, after a successful test run at New York’s JFK Airport, the Centers for Disease Control and Prevention is pursuing talks with airlines and port authorities to start collecting samples from long-haul international flights’ wastewater after they land.

The small but growing Traveler Genomic Surveillance program, run by the CDC with a biotech firm and a company that collects samples, is seen by administration officials and public health experts as part of a revolution in biosafety infrastructure — and a critical plank of national security in the post-pandemic era. As it expands geographically and sets its sights on new pathogens, it could function as an early warning system for where and when dangerous viruses and bacteria, natural or otherwise, enter the country.

“Just like we have radar to look for airplanes to make sure we know what’s coming into our country, or we take swabs and samples to make sure somebody walking through security doesn’t have explosives on their hands, this is the same thing for pathogens or viruses or bacteria,” said Matthew McKnight, the general manager at Ginkgo Bioworks, whose biosecurity and public health unit, Concentric by Ginkgo, partners with the CDC in the program along with XpresCheck.

During the early days of Omicron, the program detected both the BA.2 and BA.3 subvariants weeks before they showed up elsewhere in the U.S. In the pilot project at JFK, in which staff collected wastewater samples on flights arriving from Europe in August and September, the program identified the same SARS-CoV-2 sequences in the wastewater that were predominantly circulating in the flights’ countries of origin.

Since the program ramped up in response to China’s outbreak, the CDC says it has not found new variants in the viral samples from passengers coming from China. “So far, reassuringly, we’re seeing BA.5.2 and BF.7 — two lineages that have been reported from China, which are not anything new or worrisome,” said Cindy Friedman, head of the CDC’s Travelers’ Health Branch.

The program now covers roughly 500 flights a day from some 30 countries. It’s voluntary: arriving passengers, after customs, can stop at a booth, answer a few questions, and give a nasal swab to the program staff. The samples are then sent to a lab in Ginkgo’s network for testing; if they’re positive, Ginkgo sequences them, analyzes them, and reports that information to the CDC, which shares it on a global database and the agency’s COVID data tracker.

Participation has grown quickly since the CDC started monitoring more flights last month. The week of Jan. 2, for instance, about 4,500 passengers across the seven airports where the program now operates volunteered to give samples, up from around 2,700 the week before.

Given international flight traffic, however, that’s still relatively low, and has the inherent disadvantage of skewing toward a self-selecting group who may generally be more cautious about Covid.

“Relying on individuals to volunteer to get Covid tested at this phase of the pandemic is really challenging,” said Megan Diamond, director of global health partnerships at the Rockefeller Foundation. “You’re going to have a biased sample. People who are doing it are the people who are more likely to do an antigen test before they left home.”

Expanding to include routine wastewater sampling at airports would widen scientists’ lens on the bugs entering U.S. territory. It doesn’t require buy-in from passengers, and the operation requires less staff in the complicated airport environment, so it’s less expensive.

Eventually, the CDC envisions both prongs of the traveler surveillance program — the voluntary sample collection and wastewater monitoring — linking up with other countries that are starting to do the same thing, feeding into a global system that offers a real-time picture of how travelers are carrying diseases around the planet.

“We want to know when a new variant either is arriving or rising quickly, and these are the tools that will help answer those questions,” said Tom Inglesby, director of the Johns Hopkins Center for Health Security at the Bloomberg School of Public Health. “Otherwise, we’re just waiting for those things to show up in cities … This is trying to push it out much further to get the earliest possible signal.”

‘The dream of biosecurity infrastructure’

The CDC program fits into the Biden administration’s broader vision for using the lessons learned during the Covid pandemic to bolster the nation’s defenses.

The administration is already using the sprawling network of public health laboratories, testing sites, and domestic wastewater surveillance set up during the pandemic to gather virus samples and analyze them to learn what SARS-CoV-2 variants are circulating in the U.S. The White House wants to see that network, which includes the Traveler Genomic Surveillance program, put to work to look for other threats.

Building on that infrastructure is going to be “really important for the long-term biosecurity of our country,” White House Covid-19 Response Coordinator Ashish Jha told POLITICO.

The CDC program has already added one new virus to its watch list: flu. This winter, given the unusual flu season in several countries, Ginkgo started testing passenger samples for influenza A and B viruses, in addition to SARS-CoV-2. It has shared positive samples with the CDC for sequencing — information that could be used in vaccine development for next flu season.

It’s the kind of pivot that would make expanding the program to more airports and airplane wastewater an asset to national security after the pandemic ends, said Ginkgo’s McKnight.

The European Union recently said it is looking testing and sequencing of wastewater from aircraft and airports, and this month Canadian biotech firm LuminUltra announced it was launching a wastewater pilot project at Pearson International Airport in Toronto to test for SARS-CoV-2 variants and mpox in wastewater from planes and airport terminals.

Ginkgo recently signed an agreement with the government of Ukraine, which has seen a surge in infectious disease due to the pandemic and the ongoing war with Russia, to set up a wastewater testing pilot project that will monitor for SARS-CoV-2 and influenza. The company is also in the process of developing aircraft wastewater monitoring programs in Rwanda and Qatar.

“It’s pretty neat to see other places emulating what has been a two-year-long program by the CDC,” said McKnight. ‘You’re starting to see these other countries say, ‘Wait, that’s a good way to do it.’”

‘It’s always hard to be the first’

Getting U.S. airlines and airports to agree to let the government examine their customers’ waste will take some effort, the CDC acknowledged.

“We know this works,” said the CDC’s Friedman, who is talking to “global partners” and U.S. airports where the program is already collecting nasal swabs about airplane wastewater testing. The pilot project at JFK “showed that we could detect sequences from wastewater,” she said.

But, she added, it is a challenge to “get cooperation from all the different entities… We’re in discussions with airlines right now and airports to get permission to take a sample of the wastewater.” 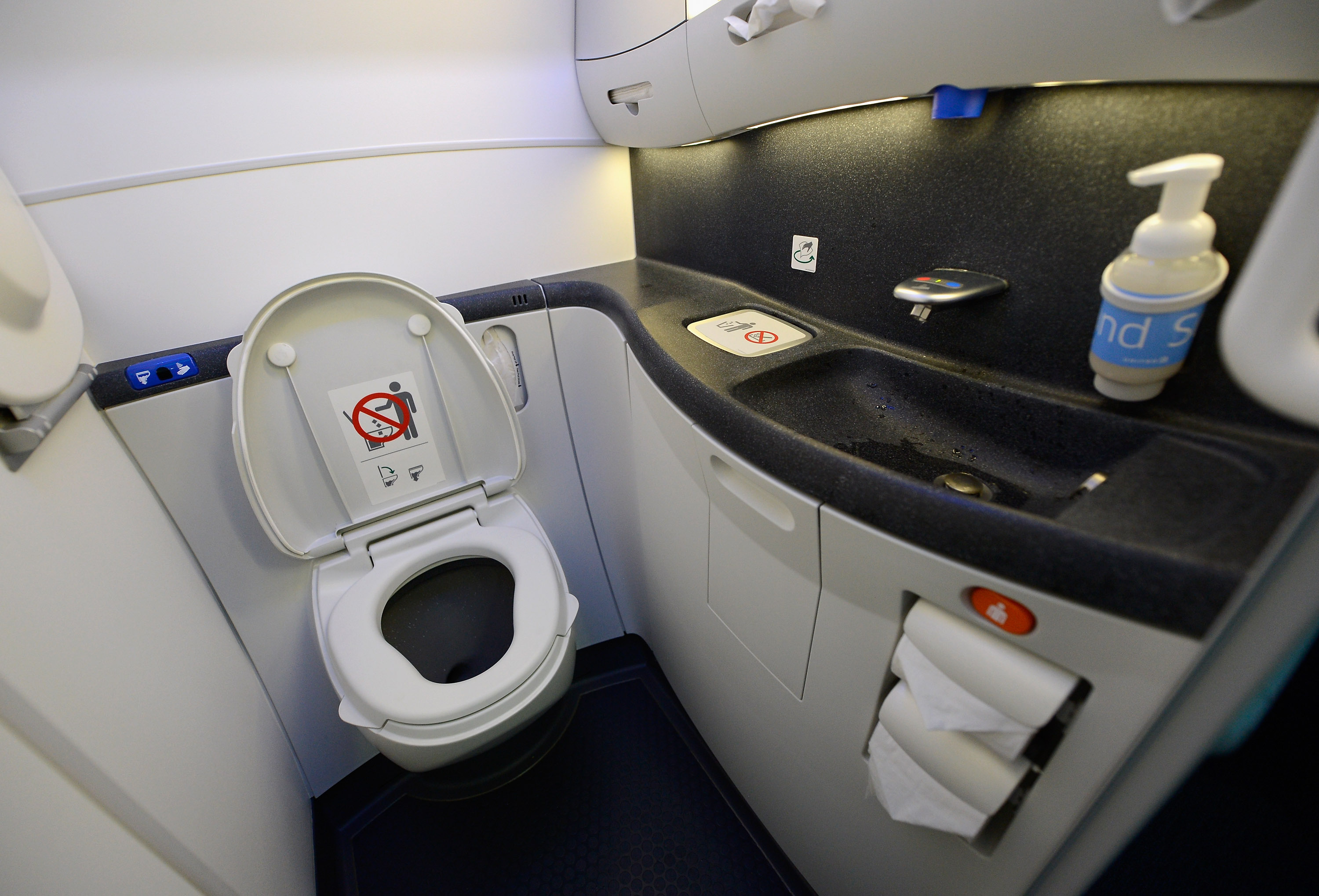 McKnight of Ginkgo, who is also talking to airlines about the technology, said there hasn’t been an outright negative reaction from the industry, but airline executives have been cautious.

Diamond of the Rockefeller Foundation said airlines that participate could be taking a reputational risk because it could bring focus to the fact that there are people on their flights infected with Covid, or because some passengers may see the analysis of their waste as a privacy issue.

“It is always hard to be the first to do something that has pros and cons,” Diamond said.

The government and the airline industry need to make the case to the public, she said, by explaining to people that by letting the government test their waste, they are helping keep everyone safer.

“If we do robust wastewater surveillance — in communities or in hospitals or schools or on an airplane — there’s no doubt in my mind that we will be more equipped to detect threats, respond to them quicker and save more lives,” she said.

Adam Cancryn contributed to this report.

LLiberal News
Protectionism would ultimately harm the fight against climate change, said Scholz.
LLiberal News
The EU chief argued Europe and the US should team up against China to secure a climate-friendly future.
LLiberal News
Top Democratic leaders on Tuesday exited their firstWhite House meeting since the start of the new Congress projecting…
LLiberal News
DUBAI, United Arab Emirates — Iranian hardliners on Sunday burnt France’s flag outside of its embassy in Tehran…
LLiberal News
NEW YORK — The state criminal trial against former Trump adviser Steve Bannon over his alleged involvement in…
LLiberal News
House Republicans are vowing to put Don Quixote to shame by tilting at a huge windmill: slashing federal…