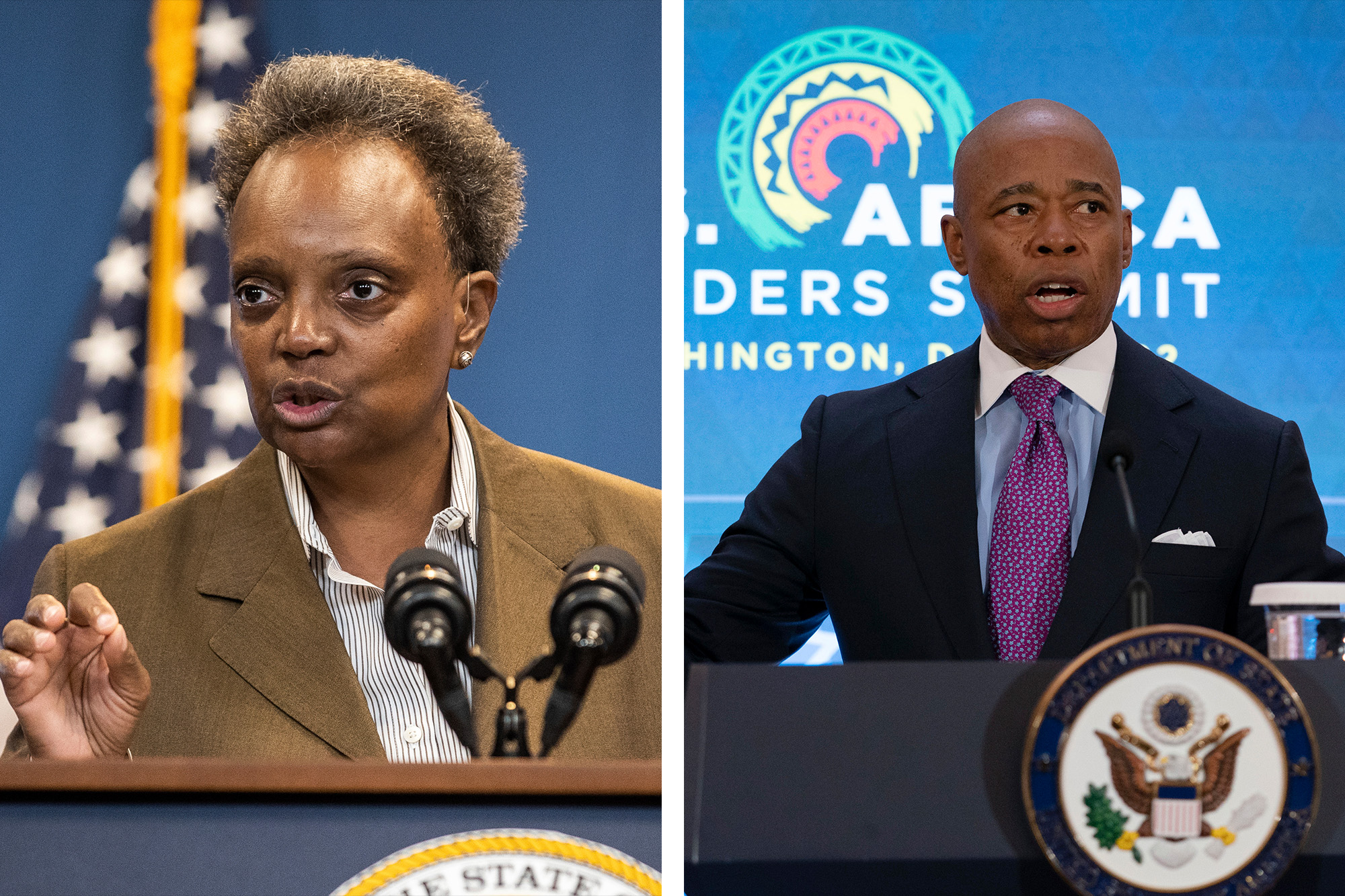 “We respectfully demand that you cease and desist sending migrants to New York City and Chicago,” Adams and Lightfoot wrote in a letter to Polis. “Since December of 2022, Chicago and New York City have received hundreds of individuals from Colorado.”

The two mayors wrote that they wanted to work with Polis in pressing the federal government for a national solution.

“You must stop busing migrants to Chicago and New York City,” the mayors wrote. “In the case of family reunification, let us work together to ensure that people are reconnected with their loved ones, however sending migrants to our cities whose systems are over capacity, where they may struggle to find shelter and other services is wrong and further victimizes these most vulnerable individuals.”

The letter comes days after Adams laced into the federal government and Polisover the number of asylum seekers arriving in the city.

Polis told POLITICO in an earlier interview that around 70 percent of migrants arriving in Denver have final destinations elsewhere in the country, including New York, and that his office was working with Denver officials to help them on their way.

The influx of asylum seekers crossing the southern border intensified toward the end of the year as a Trump-era policy known as Title 42 was expected to expire. The Supreme Court, however, blocked that expiration in a ruling last week.

“It is apparent that the influx of asylum seekers has provoked consternation amongst states. Although we share the concerns of accommodating the flood of asylum seekers, overburdening other cities is not the solution,” the mayors said.

LLiberal News
SACRAMENTO, Calif. — After the driest three years in the state’s modern history, California suddenly has a different…
LLiberal News
The U.S. is expected to reach its borrowing limit next Thursday, forcing the government to start using “extraordinary…
LLiberal News
Kevin McCarthy’s speakership victory after a brutal four-day floor fight caps a 16-year ascent to power in the…
LLiberal News
President Joe Biden on Tuesday said that he was “surprised” at the discovery of classified documents in a…
LLiberal News
FOX “Fox News Sunday”: Rep. Jim Jordan (R-Ohio) … Rep. Ro Khanna (D-Calif.). Panel: Jason Chaffetz, Janice Dean,…
LLiberal News
Chancellor Olaf Scholz is likely to announce the decision as part of an address in German parliament on…