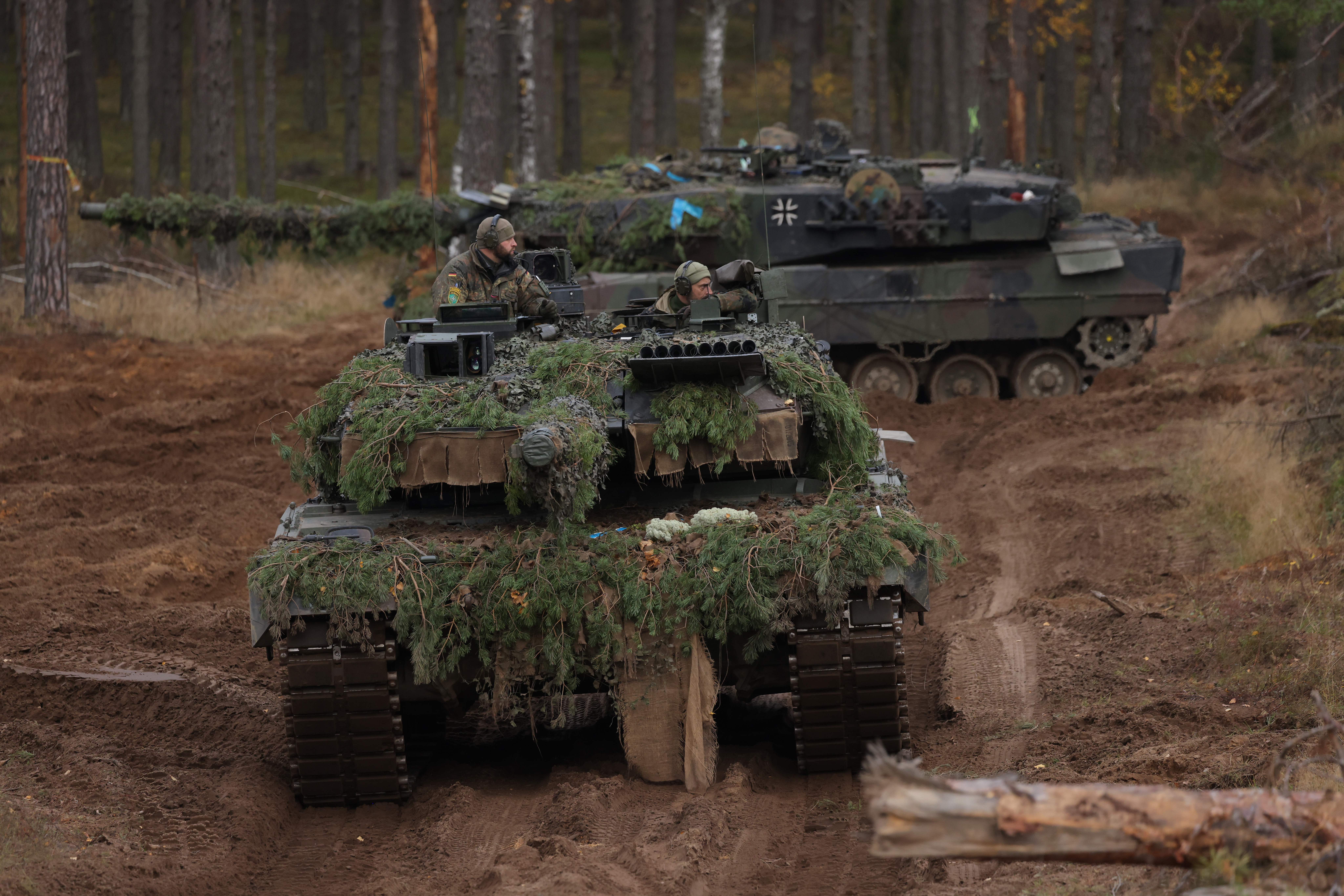 The U.S. and allies are “pushing hard” to arm Ukraine, Defense Secretary Lloyd Austin said Friday, while mostly sidestepping the intense debate over whether to send German and U.S. tanks.

Friday’s meeting of more than 50 countries committed to arming Ukraine at Ramstein Air Base in Germany produced billions worth of new donations of artillery, armored vehicles and air defense systems. On the U.S. side, that included a new $2.5 billion package featuring Stryker armored vehicles and Bradley Fighting Vehicles.

“We’re also pushing hard to meet Ukraine’s requirements for tanks and other armored vehicles,” Austin told reporters after the meeting.

Earlier on Friday, German Defense Minister Boris Pistorius said Berlin still hasn’t made a decision on whether to send its Leopard tanks to Ukraine, or whether to allow other European countries that operate the tank to do so. He made the comments after a furious 48-hour public pressure campaign, led by Poland, to allow the countries to send their armor to Kyiv.

Pistorius didn’t close the door on the transfer, however. “None of us can yet say when a decision will be made and what the decision will look like,” he added.

The minister said he has instructed the German army to review its Leopard inventory to determine how many could be sent, in order to allow the government to “act quickly” if they decide to transfer them.

An Eastern European official said countries will continue to try to persuade Germany to allow the shipment.

“We have been repeating that more tanks are necessary,” said the official, who asked not to be named in order to speak candidly. “Still we have hope.”

POLITICO and other news outlets reported this week that German Chancellor Olaf Scholz and other top German leaders have said Berlin won’t act until the U.S. agrees to send its own M1 Abrams tanks to the front lines.

Austin denied any “linkage” between the two, and said he had no announcements to make on sending Abrams. He also lauded Germany for its support so far, which includes a Patriot air defense battery and Marder infantry vehicles.

“Hundreds of ‘thank you’ are not hundreds of tanks,” he said. “All of us can use thousands of words, but I can’t put words, instead of guns needed, against Russian artillery.”

LLiberal News
California Gov. Gavin Newsom is proposing to cut billions of dollars in climate spending and delay funding of…
LLiberal News
The U.S. military is set to begin training Ukrainian forces to operate and maintain the Patriot missile defense…
LLiberal News
PHILADELPHIA — The Pennsylvania GOP is trying to figure out what went so horribly wrong in 2022. After…
LLiberal News
TALLAHSSEE, Fla. — Gov. Ron DeSantis on Friday activated the Florida National Guard to respond to an influx…
LLiberal News
Decision ends uncertainty on whether London should supply next-generation tanks to the war-stricken country.
LLiberal News
NEW YORK — Rep. George Santos refused to resign Wednesday despite a parade of Republican Nassau County officials…