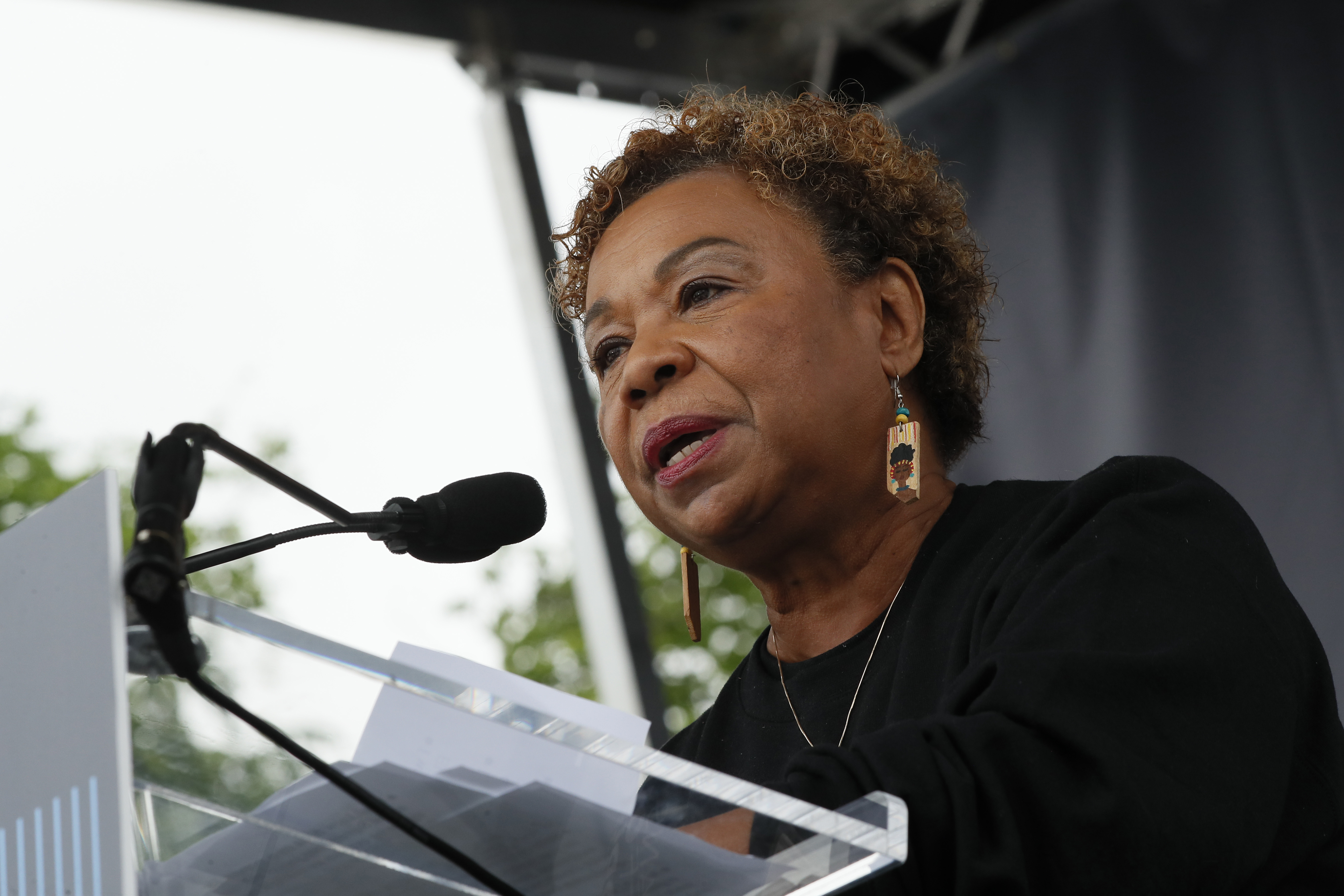 Rep. Barbara Lee has told her fellow lawmakers she’s running for Senate in California, according to two sources familiar with the situation.

She informed her colleagues in a closed-door Congressional Black Caucus meeting on Wednesday.

“Right now, in respect to [Sen.] Dianne Feinstein and the floods and what I’m doing, I’m doing my work. And we’ll let them know when I intend to go to the next step. But now’s the time not to talk about that,” she said.

Lee declined to say whether she’d run against 89-year-old Feinstein if the California senator chose to run again rather than retire.

“I’m not really doing anything except letting colleagues know that there’ll be a time to talk about the Senate race,” she said.

Lee’s decision to run comes a day after Rep. Katie Porter (D-Calif.) also announced a bid for the seat currently held by Feinstein (D-Calif.). Feinstein’s future has been the subject of much speculation by Democrats in recent months, though she’s remained publicly noncommittal on her plans. It represents a safe Democratic seat for whoever can muscle through a likely crowded primary.

Lee spoke to Feinstein and California Gov. Gavin Newsom last month about her plans, according to a person familiar with the situation. Feinstein told Lee she would make a decision “soon” but understood Lee would need to plan her own bid.

The emerging Senate race is likely to draw from a deep well of ambitious House Democrats, many of whom have been waiting for shots at the statewide office. A former leader of the Progressive Caucus, Lee is known as a longtime leader in California politics. And Rep. Adam Schiff (D-Calif.) has also signaled his interest in running, though he hasn’t officially announced. Schiff’s camp had knocked Porter for announcing amid historic storms and flooding in California, and Schiff used his email fundraising list to raise money for storm relief.

Lee was widely seen as leading the list of potential Feinstein replacements if she were to retire early and Gov. Gavin Newsom were to choose a successor, though there’s no indication Feinstein would do so. The governor vetted Lee when then-Sen. Kamala Harris departed for the vice presidency, and he publicly committed to choosing a Black woman if he had the chance to make another appointment.

While she lacks the fundraising might of Porter and Schiff, Lee is a revered figure in the Oakland-anchored district she has represented for decades. Her deep Bay Area roots could be an asset given that both Porter and Schiff represent southern California districts.

Some other House members had emerged as potential contenders, but Rep. Eric Swalwell (D-Calif.) isn’t expected to seek the seat. Rep. Ro Khanna (D-Calif.) has said he would defer a decision for a few months.

Jeremy White and Sarah Ferris contributed to this report

LLiberal News
The White House on Friday announced new sanctions against the Wagner Group, Russia’s private military arm, and designated…
LLiberal News
The lack of regulations on the cameras showing the House floor last week was “a good thing,” Rep.…
LLiberal News
NEW YORK — Mayor Eric Adams outlined a “Working People’s Agenda” in his second State of the City…
LLiberal News
Secretary of State Antony Blinken will meet in Beijing with his counterpart, Chinese Foreign Minister Qin Gang, on…
LLiberal News
A Navy veteran who had been detained in Russia since April was released from detention Thursday following months…
LLiberal News
Democratic Rep. Ruben Gallego is expected to launch his Senate bid next week, accelerating a potential clash with…