Davos struggles to get used to a world without Russia 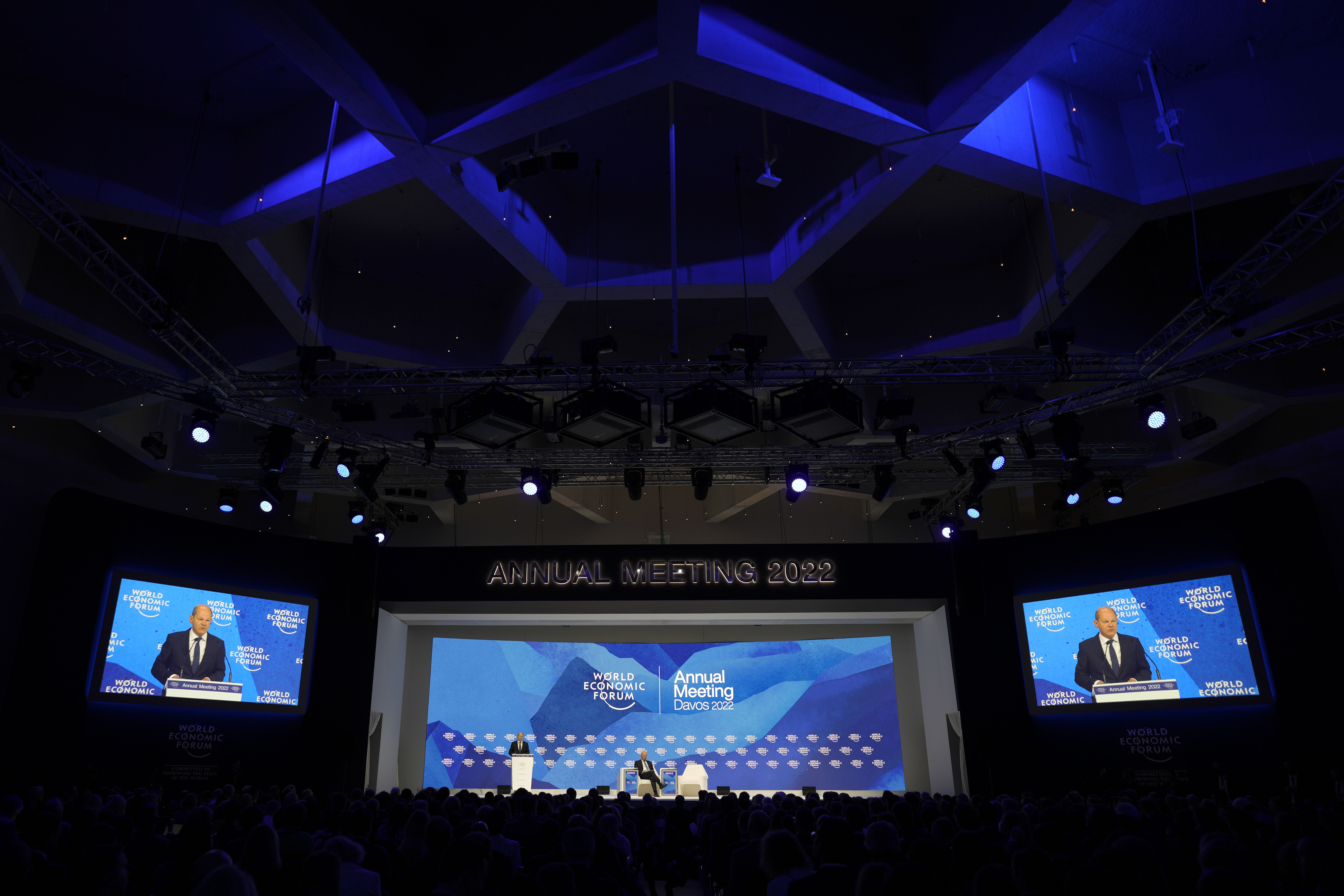 DAVOS, Switzerland — For the second year in a row, Western sanctions have prevented Russian officials and oligarchs from attending the World Economic Forum in Davos, the Swiss ski-resort town that hosts the annual confab of the ultra-rich.

That’s welcome news for many — including Western officials who’ve spent the past 11 months trying to persuade the international community to shun Moscow for its actions in Ukraine. And it is a win for the Ukrainians attending this year’s conference as they ratchet up their calls for more weapons from allies.

But it’s also forcing the world’s CEOs to grapple with the new reality of how to operate in a world where working with Russia is off the table.

In the old days, the world’s top business executives sipped vodka over ice at the Russia House, the country’s unofficial embassy at the forum, and rushed to strike deals with the Russian oligarchs and financial leaders — from energy tycoons to pharmaceutical giants.

Even amid the sanctions the U.S. and Europe put in place in 2014, Russia managed to attract foreign investment to the country. Kirill Dmitriev, the head of the Russian Direct Investment Fund, one of the country’s sovereign wealth funds, used his post to convince companies and governments that although sanctions limited how they could interact, business could still move forward. And some companies found gold by signing onto joint ventures and other projects.

Now, though, the Western sanctions enacted after Russia’s invasion of Ukraine — some of the harshest ever to be levied against Moscow — are shutting out the country’s main power brokers. And Russia’s absence at Davos has officials and business chiefs here raising questions behind the scenes about how long the global business community can ignore Moscow and simultaneously find new markets for energy, metals and food.

“Right now, there are still questions about whether there are any good long-term replacements for Russian oil and gas,” said one Western official in Davos who was granted anonymity to discuss private conversations.

In addition, “they’ve turned themselves into one of the leading exporters of grain … and they’ve done this under sanctions, and in part in response to sanctions,” said Thomas Graham, who served as special assistant to the president and senior director for Russia on the National Security Council during the George W. Bush administration. Russia began establishing its agriculture sector before sanctions went into place, Graham said. But after the West began to levy those financial measures, Russia invested heavily in producing wheat domestically, rather than relying on imports, in order to feed its people.

Over the past eight months, Moscow has to some extent weathered the sanctions, finding alternative routes for imports via partners such as China and countries in the global South.

“The sanctions didn’t have the kind of immediate impact that people in the West thought that they might have,” said Angela Stent, a fellow at the Brookings Institution think tank in Washington.

Russia also didn’t attend last year’s meeting, which occurred in May, three months after the invasion. Experts and officials believed the sanctions would devastate Russia’s economy. A month later, the Russian government defaulted on external debt for the first time in decades. But as the months rolled by, the country’s economy began to adjust to a new normal.

Today, grocery store shelves are still stocked and life, for the most part, has continued to go on as normal for people living in the country. Chinese brands now account for almost one third of Russia’s car market after Western companies fled the country due to sanctions, according to data compiled by Reuters.

That’s raised fears among Moscow’s former business partners here that the international business order is changing — perhaps for the long haul. With sanctions in place and unable to be rolled back easily, those companies are set to lose out on potential lucrative opportunities — at least in the short term. That doesn’t matter for some companies that see divesting from Russia as a moral imperative. Others, though, are scrambling to rethink their global business strategies.

“Russia is largely isolated from the West, but of course it’s not isolated from the rest of the world. The global South has neither condemned Russia and it hasn’t sanctioned Russia,” Stent said, referring to a group of countries often described as having some of the poorest and least industrialized economies. “You have a country like India, which is a U.S. partner, that is known for purchasing large amounts of Russian oil.”

Russia is re-investing in diplomatic relations in Africa where it has been expanding its business opportunities over the last several years. Russia hosted its first Russia-Africa economic forum in 2019 in Sochi. Moscow is also relying on the Wagner group, a paramilitary organization with links to the Kremlin, to expand Russia’s influence on the continent. Wagner is aiding governments in Mali, Libya and Madagascar through security contracts.

Still, sanctions are weakening Russia as a global power. Major Western companies, including Starbucks, Coca-Cola and McDonald’s, have pulled their businesses from the country. Others have shut down work with non-sanctioned entities in fear of future sanctions. Behind the scenes in Davos, executives say they’ve all but written off Moscow. As Russia continues to hurl missiles at apartment buildings and target civilians in Ukraine, revisiting those decisions looks increasingly unpalatable.

And the financial restrictions have harmed Russia’s ability to conduct military operations. Moscow is struggling to obtain semiconductors, which it needs for its weapons programs. With its stockpiling efforts falling behind, Moscow is now forging new defense partnerships with Iran and North Korea to help its fight in Ukraine.

Back on the promenade, the main drag in Davos, there is no sign of Russia’s presence. In years past, leaders of Russia’s sovereign wealth funds and banks used to frequent the CNBC live shot space, pontificating about the importance of continuing to invest in the country. And the old Russia House — a storefront once occupied by the Russian delegation — has been taken over by the team from Ukraine. The delegation from Kyiv will hold a breakfast there this week — a chance for the members of parliament to continue to plead for more weapons from Western supporters.

The topic of prolonged support for Ukraine and a protracted war will likely raise uncomfortable questions for Western officials here this week, particularly about sanctions and their potential to disrupt the economies, especially in Europe, in 2023.

For months, U.S. officials have worked behind the scenes to convince their European allies to stay on board not only with weapons shipments to Ukraine but also to stay on message with the sanctions. The talking points: The sanctions are working. Russia is suffering and will continue to lose in the long term.

For now, at least, despite some Davos attendees’ rancor, the coalition is holding.

“The alienation with the West is almost total at this point,” Graham said. “And it’s hard to see the circumstances under which it would be revived in a significant way in the near future.”