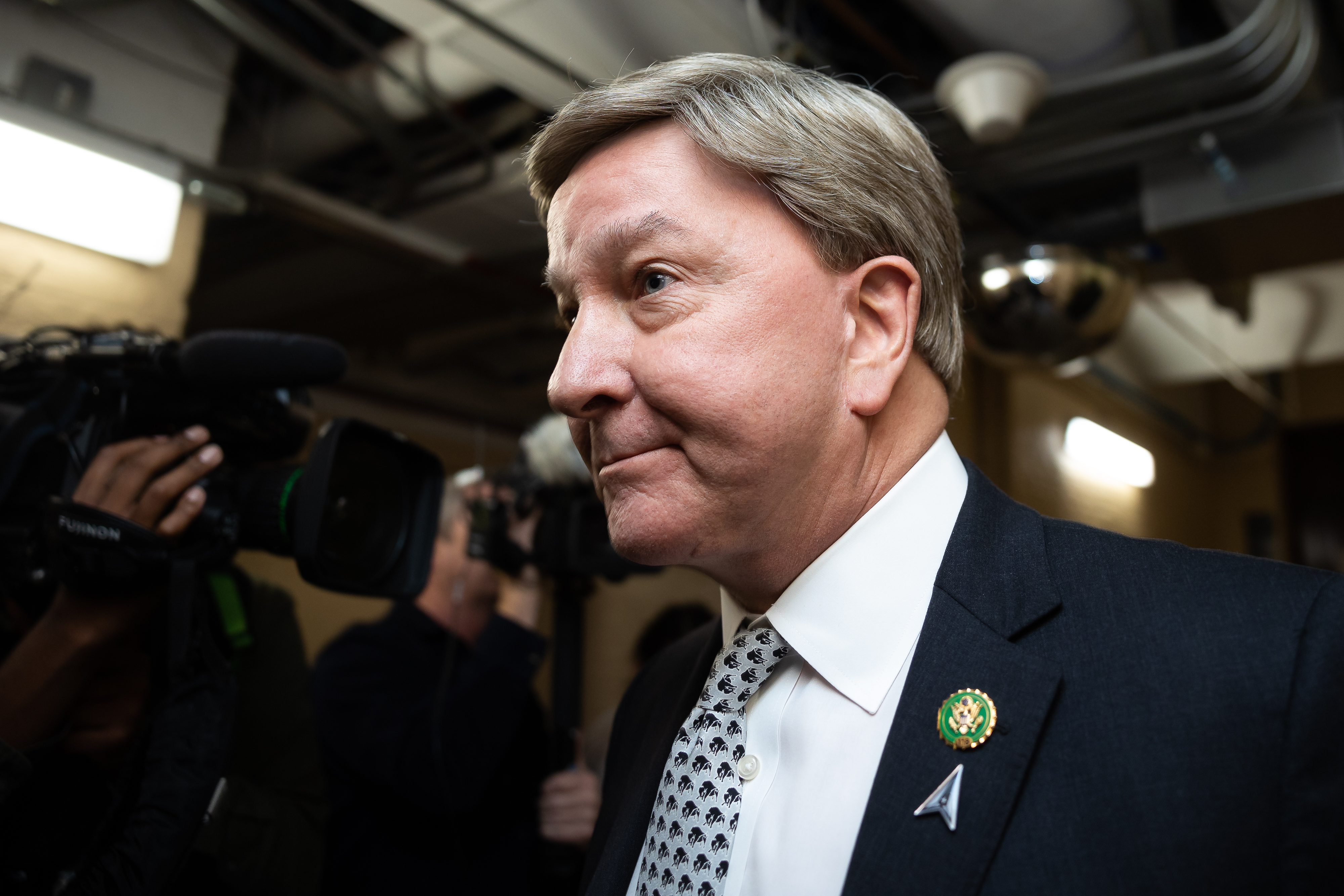 Fifteen ballots later, the House GOP has begun its official organizing of the 118th Congress. And it’s proving just as tangled as expected.

As a powerful group of House Republicans privately gathered Monday, they suddenly had a new wrinkle to deal with: A member of the GOP’s steering committee, Rep. Mike Rogers (R-Ala.) had stunned his colleagues by announcing he would step down from the panel after his confrontation on the floor Friday night with conservative rabble-rouser Rep. Matt Gaetz (R-Fla.).

But by mid-afternoon Monday, Rogers — who also chairs the House Armed Services Committee — had reversed course, telling POLITICO that both party leaders and rank-and-file members had urged him to stay on the panel and he planned to remain for the rest of the term.

Rogers’ switch is the latest glimpse at the dishevelment that continues to consume the House GOP even after the chamber elected Kevin McCarthy as speaker in Saturday’s early hours. Republicans are now eagerly pushing ahead with the business of basic governing — electing their chairs and teeing up their rules package. But it’s clear that the Friday night theatrics are not fully behind them, as some Republicans grow impatient that they haven’t seen concrete text on key concessions pushed by conservatives.

Even so, GOP leaders believe they’ll prevail on their most important orders of business — namely, adopting a package of House rules after a leaderless four days.

“This is a good rules package. Given the excitement of last week, members have had questions, but the comfort level has increased and we are in a good spot,” said Rep. Dusty Johnson (R-S.D.), chair of the Republican Main Street Caucus.

The vote on the rules package will be McCarthy’s first legislative challenge, testing how well he can hold his divided conference together as Republicans work to adopt a resolution that will govern how the House operates for the next two years. The package includes basic rules on decorum and legislative action, but changes to the package became key bargaining chips as McCarthy worked to flip his conservative opponents last week.

Senior Republicans believe they will have the votes to adopt the package, though there is little room for error. Democrats are expected to wholesale object to the rules package, which means McCarthy can only lose four votes.

Rep. Tony Gonzales (R-Texas) has said he would vote against the package in part because of potential ramifications to national security spending. Rep. Nancy Mace (R-S.C.) said she wants more details on what handshake deals McCarthy made with his doubters last week that aren’t in the official text, but has since indicated she will vote for it.

Another major concern is roiling the GOP, though it’s not formally enshrined in the rules package. Defense hawks fear that McCarthy’s commitment to balancing the budget within a decade — which will require holding down spending levels to the fiscal year 2022 levels or lower — will cannibalize the Pentagon’s budget.

The roughly 55 pages of proposed rules are highly procedural, yet critical to the inner workings of the House. The measure will govern how party leaders bring bills to the floor and how to ensure transparency for rank-and-file lawmakers. One of the biggest focuses for Republicans has been over a motion to depose the speaker — the same tool that conservatives effectively used to topple former Speaker John Boehner in 2015.

As part of his speaker tradeoffs, McCarthy agreed to make it easier for members to attempt to oust him — empowering just a single lawmaker to force such a vote. And his allies worry it could be a serious threat to McCarthy as his conference takes power this year with one of the slimmest margins in House history.

Meanwhile, Republicans were also selecting contested committee heads Monday. In the most high-profile gavel race of the new majority, Rep. Jason Smith (R-Mo.) has emerged as the conference’s pick to lead the powerful Ways and Means Committee.

Smith first arrived in Washington back in 2013 and was the top Republican on the House Budget Committee last Congress. He bested Vern Buchanan (R-Fla.) on the second ballot after Rep. Adrian Smith (R-Neb.) dropped out following the first round of conference voting.

Green, who first came to Congress in 2019, said he would place some staff members permanently on the southern border in part to provide “real-time updates” from Customs and Border Protection.

Contenders for those gavels made their pitches during a lengthy meeting of the House Republican Steering Committee, a group with representation across the conference that chooses panel leadership posts.

LLiberal News
ALBANY, N.Y. — After bruising Democratic congressional defeats in New York last November, the state came away with…
LLiberal News
The congressman representing the “Great Gatsby” district of Long Island and Queens, N.Y. faked it till he made…
LLiberal News
On MLK Day, I suspect it is easier for many Americans to reflect on King’s words of love…
LLiberal News
NEW YORK — It’s time for Rep. George Santos to go, Mayor Eric Adams said Friday. Adams, who…
LLiberal News
A proposed subcommittee to investigate “weaponization” of the federal government — a key demand of House conservatives who…
LLiberal News
A federal appeals court panel appears likely to strike down part of a law Congress overwhelmingly passed in…