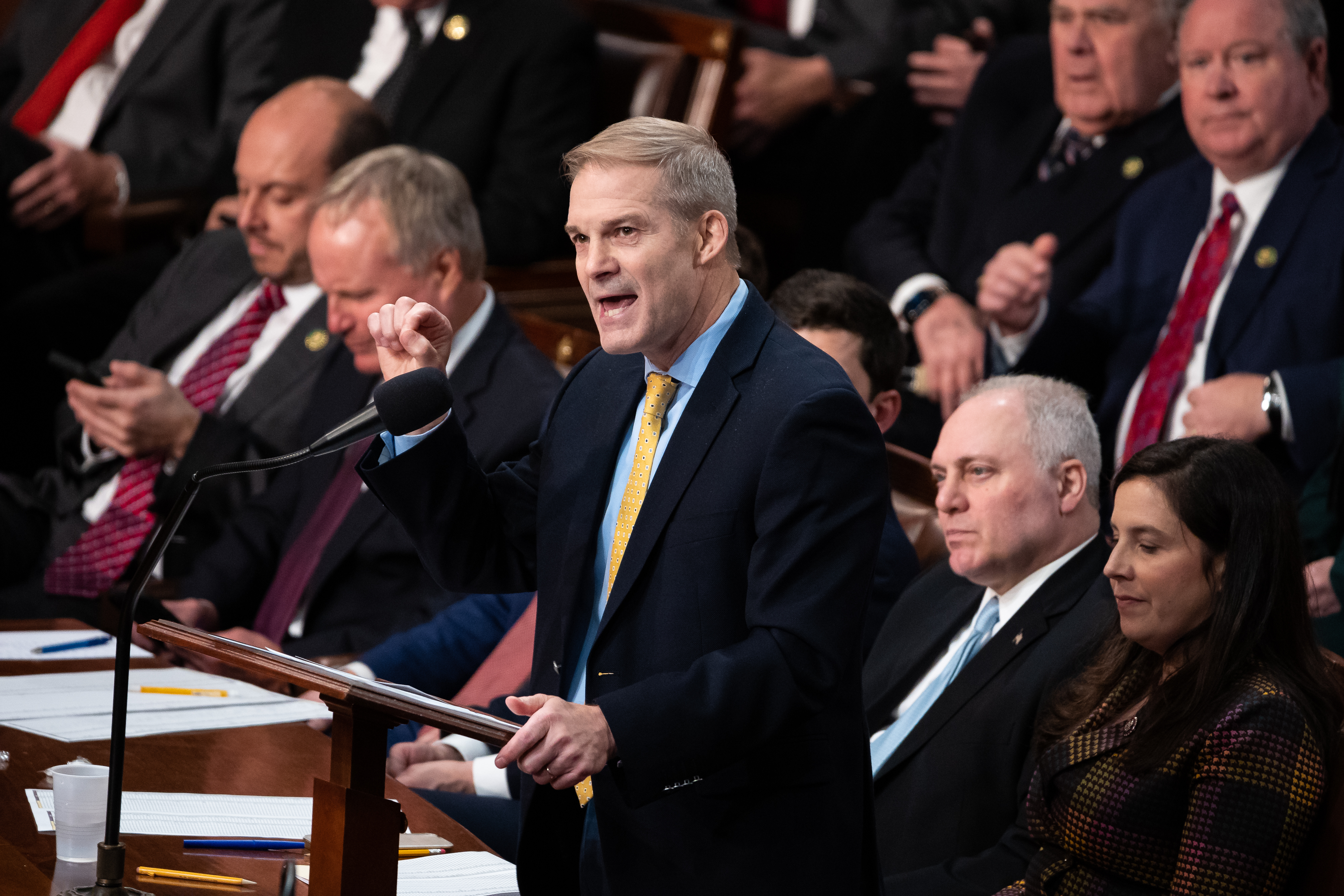 A proposed subcommittee to investigate “weaponization” of the federal government — a key demand of House conservatives who delivered Speaker Kevin McCarthy the gavel — would be given sweeping investigatory powers that include explicit authority to review “ongoing criminal investigations.”

The language of the proposed “select subcommittee,” which would operate under the Judiciary Committee expected to be chaired by Rep. Jim Jordan (R-Ohio), also gives the panel power to access any information shared with the House Intelligence Committee. That panel typically receives the highest-level classified intelligence and briefings of any committee in Congress.

Both provisions appear to have been added during final negotiations between McCarthy and a band of hardline detractors that briefly denied him the speakership. An earlier version of the proposal made no mention of ongoing criminal investigations or the Intelligence Committee and limited the probe to the FBI, Department of Homeland Security and the Department of Justice.

The panel’s expected formation comes as the Justice Department continues to arrest and prosecute hundreds of rioters charged with breaching the Capitol on Jan. 6, 2021, and amid two ongoing criminal investigations connected to former President Donald Trump. Those include the probe of his effort to overturn the 2020 election and his decision to warehouse highly sensitive national security documents at his Mar-a-Lago estate after leaving office.

Both Trump-related probes are now overseen by special counsel Jack Smith, who was appointed by Attorney General Merrick Garland in November to manage the sensitive grand jury investigations.

The subcommittee proposal would permit McCarthy to name 13 members to the panel, including five after consultation with Democratic Leader Hakeem Jeffries — a structure similar to the Jan. 6 select committee. Pelosi opted to reject two of McCarthy’s picks to that panel, prompting him to withdraw from any participation.

Unlike the Jan. 6 committee, however, the GOP-led probe would be housed under Jordan’s committee. Subpoenas issued by the panel would be authorized by Jordan.

The panel would also be empowered to investigate how executive branch agencies “obtain information from, and provide information to the private sector, non-profit entities, or other government agencies to facilitate action against American citizens,” a likely harbinger of a review of FBI interactions with social media companies in advance of the 2020 election and more broadly.

The proposal also includes blanket clauses permitting the panel to pursue “any other issues related to the violation of the civil liberties of citizens of the United States” and “any other matter relating to information collected pursuant to the investigation conducted under this paragraph at any time during the One Hundred Eighteenth Congress.”

LLiberal News
Congress was full of good intentions when it directed the Department of Health and Human Services to make…
LLiberal News
Alexandria Ocasio-Cortez is set to step into a larger role on the House Oversight Committee this Congress, perhaps…
LLiberal News
Fresh off winning their decades-long battle to overturn Roe v. Wade, abortion-rights opponents are pinpointing their next targets:…
LLiberal News
House Republicans are vowing to put Don Quixote to shame by tilting at a huge windmill: slashing federal…
LLiberal News
A Florida-based federal judge has ordered nearly $1 million in sanctions against Donald Trump and his attorney Alina…
LLiberal News
As Kevin McCarthy muddles through the fourth day of his anarchic battle for the House speakership, it remains…