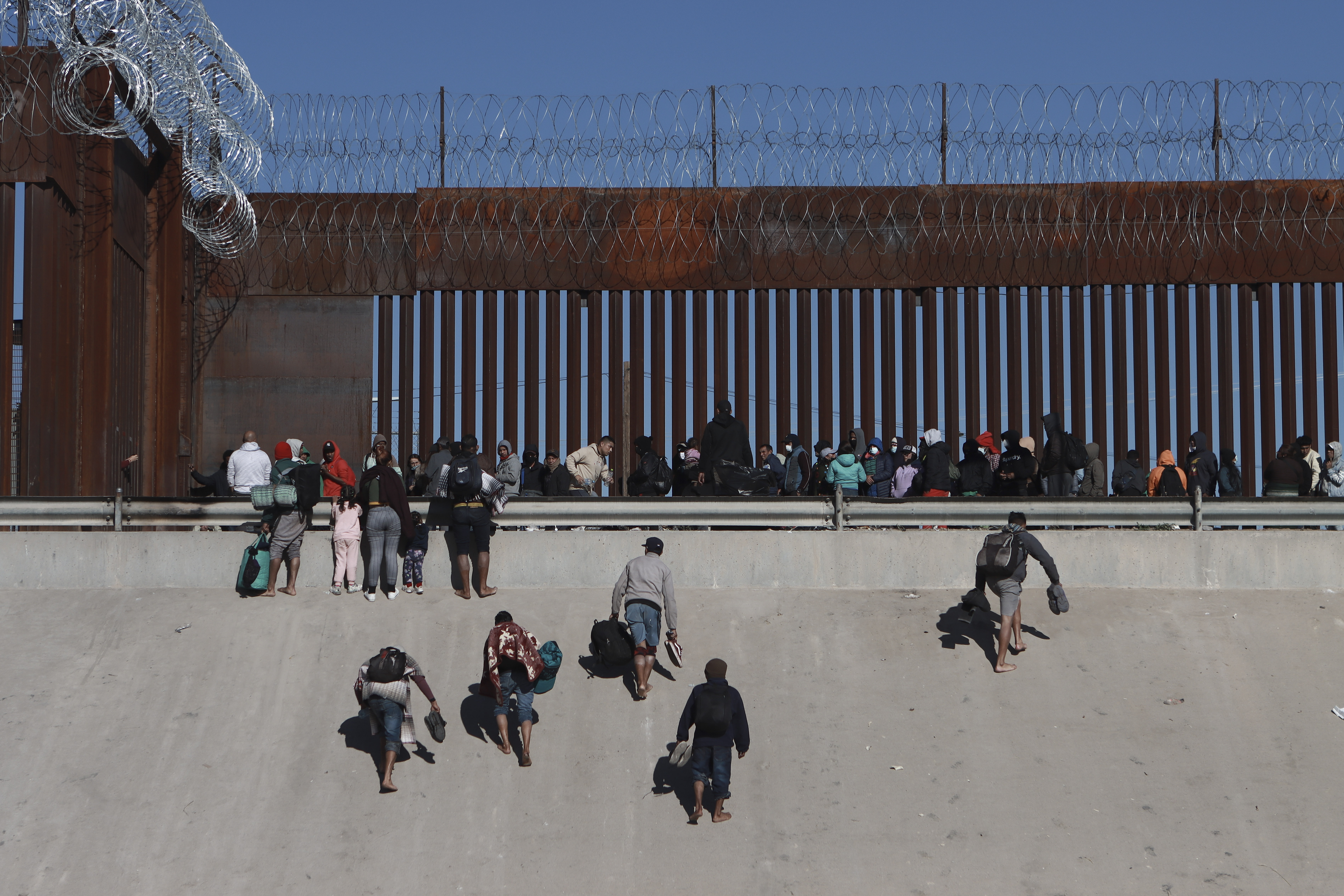 Rep. Tony Gonzales said Sunday he was frustrated that the White House told him he couldn’t be part of President Joe Biden’s planned trip to the Southern border .

“I’m not this crazy extremist Republican. I’m jumping up and down, pushing against my party when I think it’s right,” said Gonzales (R-Texas), who represents parts of El Paso, on CBS’ “Face the Nation.”

Gonzales, who said he asked Biden to visit the border seven months ago, said he didn’t know why he wasn’t invited.

The congressman’s comments came shortly before Biden was expected to touch down in El Paso for his first trip to the border since becoming president. Last week, Biden unveiled a new immigration policy aimed at curbing illegal crossings, following widespread criticism from Republicans about his administration’s handling of the southern border.

The members invited on the trip were Texas Reps. Veronica Escobar, Henry Cuellar and Vicente Gonzalez — all of them Democrats — along with local leaders, according to the White House.

Asked Sunday on “Face the Nation” why her Republican colleagues weren’t invited, Escobar avoided the question. The White House did not immediately respond to a request for comment.

On his trip, Biden needs to hear from local leaders about how immigration challenges “have grown exponentially” in the face of “an historic refugee crisis in our Western Hemisphere,” Escobar said.

Escobar said she has worked with the Biden administration, including Homeland Security Secretary Alejandro Mayorkas, but that policy has hit a “brick wall” in Congress.

“Many of my colleagues felt — why are we, you know, basically working on all this immigration work when we have a 50/50 Senate and no Republicans willing to work with us?” Escobar said. “I’m hoping things change.”

Mayorkas, for his part, said Sunday on ABC’s “This Week” that he had no plans to step down, following threats of impeachment from newly elected Speaker Kevin McCarthy.

A bipatisan group of senators is expected to also visit the border this week, led by Sens. John Cornyn (R-Texas) and Kyrsten Sinema (I-Ariz.), according to a Friday press release from Sinema.

“I hope they see what the president will see today, which is opportunity, but also long overdue work,” Escobar said of the Senate group.

Sen. Angus King (I-Maine), who was not among those listed on the release as visiting the border this week, said Sunday on CBS’ “Face the Nation” he was “delighted” Biden is making the trip.

“He should have gone sooner, in my view,” King told host Margaret Brennan.

LLiberal News
Richard Barnett, who famously put his feet up on a desk in Speaker Nancy Pelosi’s office as rioters…
LLiberal News
Less than two weeks after cementing another major increase to the Pentagon budget, lawmakers are now talking about…
LLiberal News
The Baltic states have incurred the wrath of their large neighbor.
LLiberal News
Embattled Rep. George Santos has claimed that reports and videos documenting him performing in drag are both “outrageous”…
LLiberal News
Kevin McCarthy’s speakership victory after a brutal four-day floor fight caps a 16-year ascent to power in the…
LLiberal News
NEW YORK — Over 7,000 nurses across the city went on strike Monday morning, after their union failed…