The fight over how to deliver bad news to patients 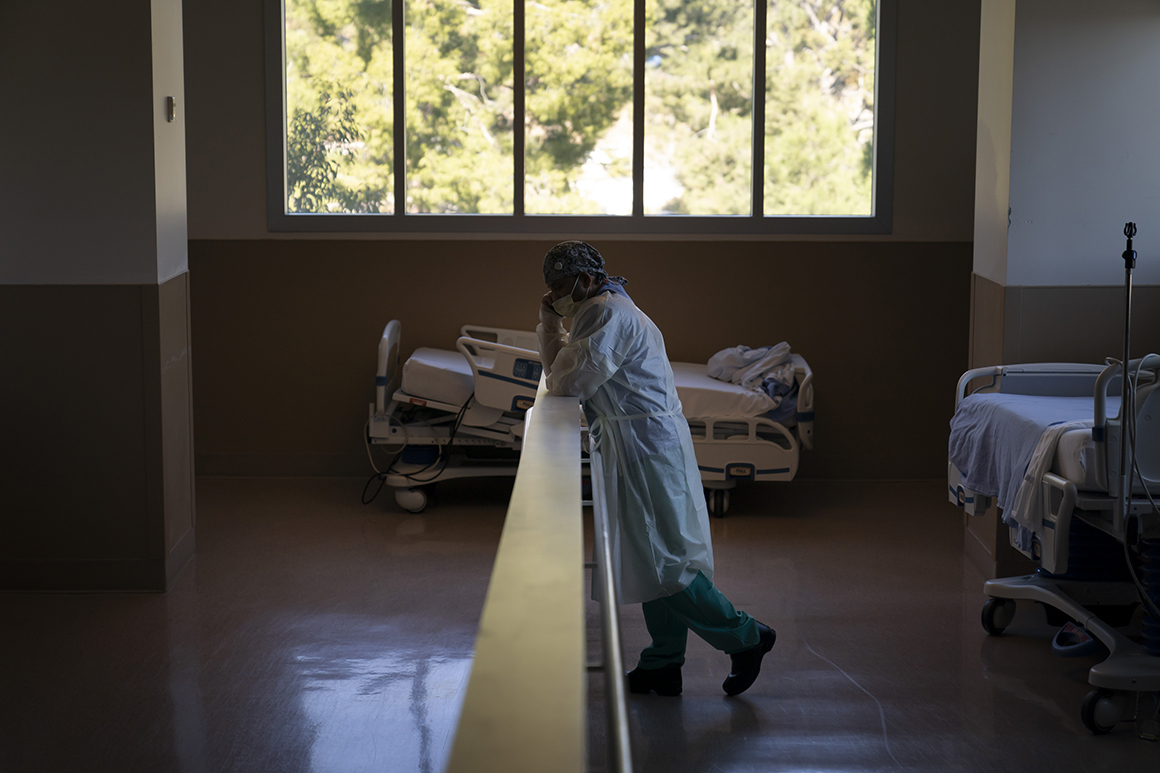 Congress was full of good intentions when it directed the Department of Health and Human Services to make sure patients get their test results as soon as they’re available.

But the implementation of that directive has set off a battle between doctors on one side and HHS and patient advocates on the other, and raised a fundamental question: How should patients get bad news? The debate underscores how medicine’s digital transformation is changing the doctor-patient relationship and upending ingrained practices.

Doctors say that patients are now receiving news about potentially terminal disease, or other, less catastrophic but confusing, test results from patient portals before they have a chance to explain them. The American Medical Association is pressing the department to revise its rules, and the trade group for physicians is finding allies in state legislatures. But patient advocates, and HHS, say patients should, and can, decide when they want their results.

The doctors say they know how their patients feel. Patients “are extremely angry and have had harms they’re reporting from getting instant access,” AMA President Jack Resneck said. “We’re seeing a parent who finds out at nine o’clock on a Friday night when they can’t reach anybody that their child’s leukemia has recurred.”

The AMA and other groups representing physicians want HHS to allow them to delay the release of test results so they can talk patients through them. Concerned doctors have convinced legislatures in at least two states to weigh in on their behalf.

But patient advocates and HHS’s Office of the National Coordinator for Health IT, or ONC — which wrote the regulations — think such exceptions could do more harm than good.

“That test result may be what someone needs in order to search for a clinical trial, an emergency second opinion, for a Social Security disability application or to connect with necessary community supports,” said Grace Cordovano, a board-certified patient advocate.

Elise Sweeney Anthony, executive director of policy at ONC, wrote in a post to the agency’s web site that finding out she had breast cancer before talking with her doctor better prepared her for follow-up care. The early access allowed her to learn more about the specific cancer and talk to a friend who had also had breast cancer to prepare for a more productive doctor’s appointment, she wrote.

“My journey was eased by a care team that embraced health information technology and shared decision making,” she wrote. “The fact that my care team supported my choice to receive my lab results in that way was invaluable.”

A mandate from Congress

Congress directed HHS to prevent providers, health IT developers and health information exchanges and networks from blocking the flow of health data to consumers. Congress was motivated to act by concerns that electronic health records vendors and providers were making it more difficult to release patient health information to stifle competition.

The goal of the regulations was to promote health data-sharing and patient access.

HHS first proposed the rule in 2019, but then put it on hold when the coronavirus arrived in 2020. The regulation went into effect in a more limited scope that included test results in April 2021 and expanded to include the full definition of electronic health information in October.

Just before, the AMA, the American Hospital Association, the College of Healthcare Information Management Executives and other groups asked unsuccessfully for a further delay, arguing that providers’ technical systems weren’t yet ready, and that vendor and provider deadlines weren’t aligned.

HHS did provide an exception that allows doctors to withhold patient information if divulging it could harm the patient.

But the exception is too narrow, according to the AMA, which wants HHS to make clear that doctors may hold back information if releasing it immediately would cause “mental or emotional harm.”

“We’re just asking for a little flexibility for a few hours or a few days when there’s bad news to be able to deliver it by phone or in person and to be able to more personally deliver that bad news,” Resneck said. “What we’re talking about is very rare, less than 1 percent of cases.”

The AMA points to survey data it commissioned showing close to two-thirds of patients want their doctor to talk them through “life-changing” results.

Other physician groups are raising concerns. Brian Outland, director of regulatory affairs at the American College of Physicians, which represents internists, argues that while patient access to timely information has its benefits, the rule is creating more work for doctors and can cause problems for patients.

“Patients often will get anxious about the results. It creates more phone calls and … can add to the physician burden,” Outland said, adding that it can also erode patient trust in the medical system.

The doctors are finding allies in state legislatures.

The debate over the rule has split doctors from patient advocates.

The advocates say that the rule already gives patients a choice about whether they want their results immediately or not, and that their decision should be respected.

“Ultimately, the result is the patient’s to have and they should decide the timing of it,” said Deven McGraw, a member of ONC’s Health IT Advisory Committee, former high-ranking HHS Office for Civil Rights official and lead of data stewardship and sharing at biotech firm Invitae.

“The regulations do not prevent a physician from having a conversation with their patients when they are ordering particular tests, telling them about the fact that they might get their results in advance of the doctor seeing them,” said Genevieve Morris, a former top ONC official and now senior director of interoperability strategy at health IT firm Change Healthcare.

The AMA’s Resneck said that technology issues prevent many providers from separating patients who want their results immediately from those who don’t.

HHS National Coordinator for Health IT Micky Tripathi expects that’s a problem the market can solve.

“’It’s absolutely the case that the electronic health record vendors don’t uniformly have the ability to [let patients decide if they want results delayed],” Tripathi said. “But that’s what demand and supply is all about. Right now, the demand is there. We would expect now the response from the supply side.”

Leigh Burchell, vice president of government affairs at health IT firm Altera Digital Health, said on behalf of the Electronic Health Record Association that “many EHR technologies can or will soon support both immediate transmission of clinical data or a delay.”

Although some people have good relationships with their doctors, many patients don’t, added Morris.

That “impacts whether a patient wants to hear bad news from them or from a computer screen,” she said.

For example, Morris said she had a test result that came back showing she had hypothyroidism and meant she’d have to be on medication for the rest of her life. When a nurse called her to inform her, the nurse had “zero sympathy,” she said.