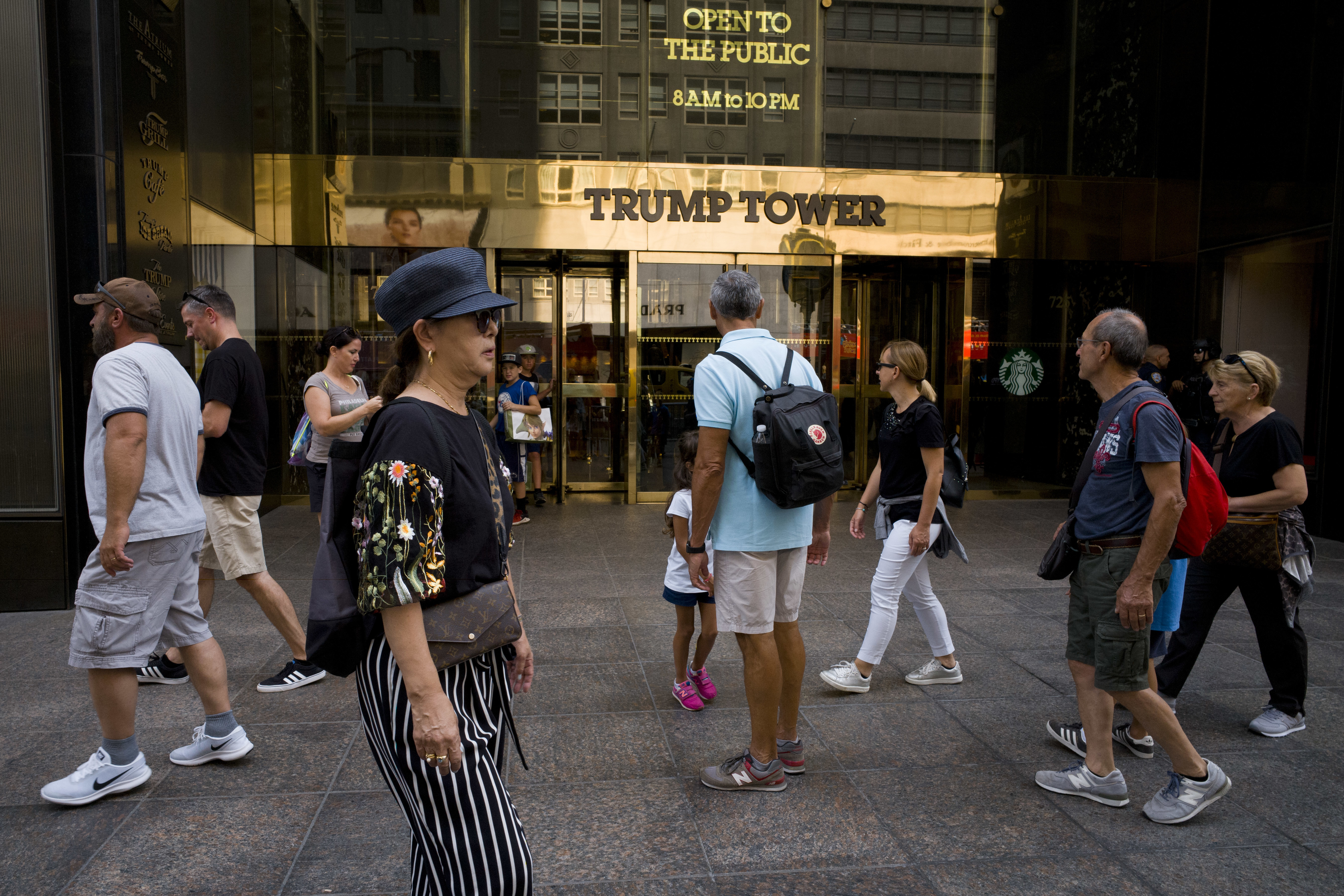 NEW YORK — The Trump Organization was hit with $1.6 million in penalties in Manhattan state court Friday after being convicted last month on all charges in a 13-year criminal tax scheme.

Former President Donald Trump was not personally charged in the scheme and defense attorneys said he was not aware of it, but the fines are nonetheless the latest setback for Trump in a series of ongoing legal woes.

“I want to be very clear, we don’t think [the $1.6 million] is enough,” Manhattan District Attorney Alvin Bragg, whose office brought the case and continues to investigate the former president, told reporters after Friday’s sentencing.

“Our laws in this state need to change in order to capture this type of decade-plus systemic and egregious fraud,” he added. “Nonetheless, this historic sentencing serves, or should serve, as a reminder to all in New York, both companies in their corporate form and their executives, that this type of conduct in New York will not be tolerated and will be held accountable.”

Susan Necheles, an attorney representing the firm, said in court on Friday the company plans to appeal the verdict.

A 12-person jury in December found the Trump Corp. and Trump Payroll Corp., units of the Trump Organization, guilty on 17 counts including criminal tax fraud, conspiracy and falsifying business records. The fines imposed Friday totaled the maximum penalty for each of the counts. The company has 14 days to pay the fines.

“It is interesting that the Trump Corporation once again distances the corporation from the acts of the other individuals,” Judge Juan Merchan said Friday, following statements from the prosecution and defense attorneys. “These are arguments that were made throughout the trial, it’s not what the evidence has shown and it’s certainly not what the jury found.”

Prosecutors said the Trump Organization criminally evaded taxes by concealing compensation to top executives in the form of perks like luxury cars and free lodging, while suppressing its payroll costs with lower reported salaries.

The company’s former Chief Financial Officer Allen Weisselberg, who became the star witness in the case against the Trump Organization, was sentenced earlier this week to five months in jail and five years of probation. Weisselberg was the biggest personal beneficiary of the tax scheme, according to prosecutors, and he testified that he received $1.76 million in off-the-books compensation.

Necheles, the attorney for the Trump Organization, said her appeal of the December verdict would be based on the company’s position that the perks didn’t impact the firm, just its employees.

“We disagree with the people’s contention that this was done with an intent to benefit the Trump Corporation,” she said, adding that the conduct was limited to individuals including Weisselberg.

When Trump vowed to appeal last month, he said in a statement that the verdict was “a continuation of the Greatest Political Witch Hunt in the History of our Country.”

“New York City is a hard place to be ‘Trump,’ as businesses and people flee our once Great City!” he said.

Bragg on Friday said the “conviction was consequential” because it was “the first time ever for criminal conviction of former President Trump’s companies.”

LLiberal News
Political A-listers skip the annual talkfest in the Swiss Alps as business elite arrive in droves.
LLiberal News
The White House is not panicking — yet. The tumult surrounding Kevin McCarthy’s election to House speaker, and…
LLiberal News
Lynette “Diamond” Hardaway, a staunch supporter of former President Donald Trump and a member of the political duo…
LLiberal News
The House Select Committee’s report on the Jan. 6, 2021, attack asks readers to suspend their belief in…
LLiberal News
The Wagner Group, a paramilitary organization linked to Russia, is expanding its mining projects in Africa to bring…
LLiberal News
DENVER — The Colorado baker who won a partial U.S. Supreme Court victory after refusing to make a…