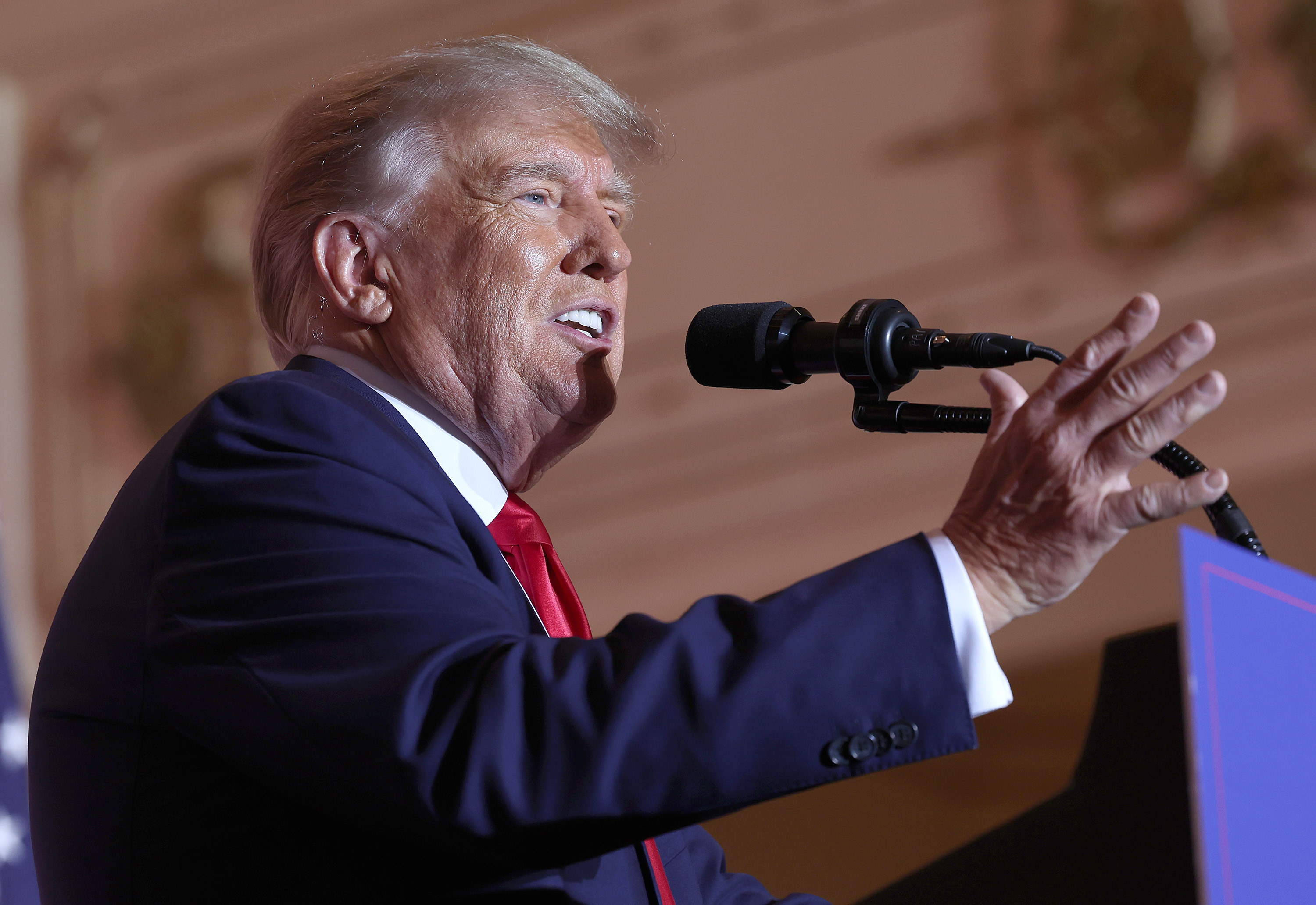 Former President Donald Trump issued a warning to Republican lawmakers on Friday: Don’t lay a finger on entitlement programs as part of the debt ceiling showdown with the White House.

“Under no circumstances should Republicans vote to cut a single penny from Medicare or Social Security,” Trump said in a video message.

The two-minute video — which goes on to lambaste President Joe Biden over the migration crisis at the southern border — is part of a series of policy announcements put out by his campaign. And it comes amid growing brinkmanship between congressional Republicans and the White House over raising the nation’s debt limit.

Republicans have vowed not to raise the federal government’s borrowing capacity unless Biden makes steep cuts to federal spending, potentially impacting social insurance programs like Social Security and Medicare. Trump’s video is a warning to his fellow party members not to go there. Instead, he suggests targeting foreign aid, cracking down on migration, ending “left wing gender programs from our military,” and “billions being spent on climate extremism.”

“Cut waste, fraud and abuse everywhere that we can find it and there is plenty there’s plenty of it,” Trump says. “But do not cut the benefits our seniors worked for and paid for their entire lives. Save Social Security, don’t destroy it.”

The video message was shared in advance of its release with POLITICO.

Trump’s position echoes his long-held, albeit unorthodox, conviction that the Republican Party should stay away from attaching themselves to entitlement reform. Prior to being elected president, Trump was highly critical of then-Rep. Paul Ryan (R-Wis.) for pushing austerity budgets during the Obama years. As a candidate for president, he insisted he would preserve both Medicare and Social Security. There was never any serious discussion of doing so during his time in office, though he obliquely hinted he may consider it in a second term.

Nevertheless, in issuing his statement now, Trump places his fellow Republicans in a political corner. Several of them have openly discussed using the looming debt ceiling standoff to extract cuts in non-discretionary spending, though party leadership has not fully embraced such a demand.

Over the last few months Trump himself has insisted that congressional Republicans use the debt ceiling as a leverage point to achieve policy objectives, despite having done no such thing during any of the times the debt ceiling was lifted when he was president. But his statement makes clear he views certain pursuits as off limits. And it puts him at least partially on the same page as Biden, who has not only insisted he won’t cut Social Security or Medicare but excoriated Republicans for suggesting they would.

The statement is among a series of policy-specific videos Trump has released since formally launching his third bid for the White House. And it suggests that the ex-president is looking to enhance his footprint on the current political landscape following weeks of criticisms that his campaign was off to a sluggish start.

Trump is slated to be in South Carolina next Saturday to make announcements related to campaign hires at an event his aides have described not as a rally but a more “intimate” gathering. Since announcing his third presidential run, Trump has not held any rallies and has remained at his properties in South Florida.

But Trump’s team has said they are at work behind the scenes from the campaign headquarters in West Palm Beach, and the ex-president will soon start making more public appearances, including a speech at the upcoming CPAC conference outside Washington, D.C.

Trump’s team has also asked Facebook to allow him back on the platform after he was thrown off of it following the Jan. 6 insurrection he helped foment. The social media platform has played an important role in fundraising and voter outreach, according to aides, and Meta is set to decide if it will lift Trump’s suspension this month.

LLiberal News
President Joe Biden met Wednesday with House Speaker Kevin McCarthy in search of a path to lifting the…
LLiberal News
With the House of Representatives in chaos this week and only now able to finally decide on a…
LLiberal News
ATLANTA — Brian Kemp, the Republican governor of Georgia, says he does not think a lot about climate…
LLiberal News
The snow began falling in Washington, DC on Friday, February 11, 1983, and piled up quickly. State Department…
LLiberal News
A family friend of Mark Meadows has agreed to plead guillty to accepting an illegal campaign contribution during…
LLiberal News
MEMPHIS, Tenn. — The Memphis police chief on Saturday disbanded the city’s so-called Scorpion unit after some of…