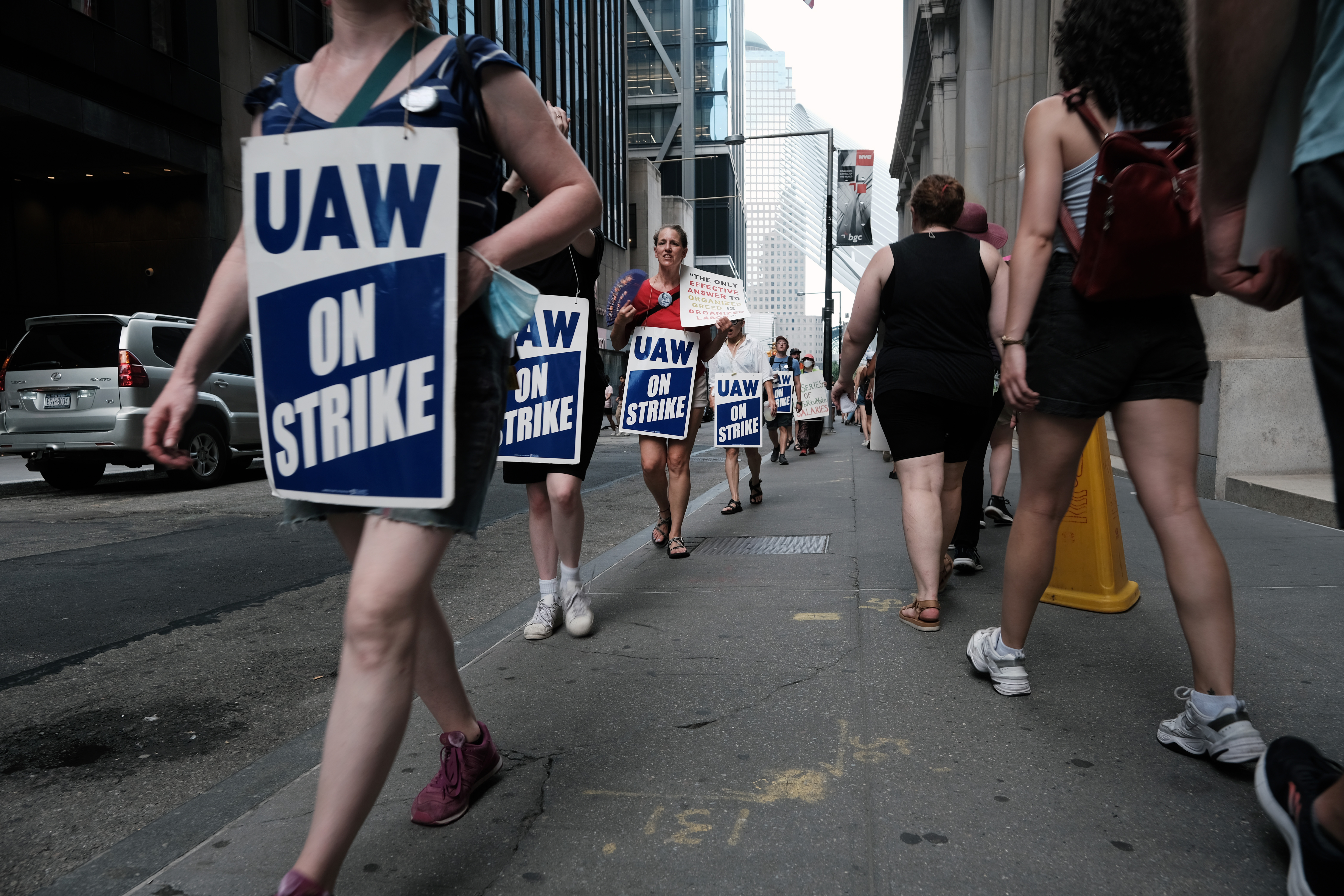 Union membership hit an all-time low in 2022 despite a surge in organizing efforts that emerged during the pandemic.

The percentage of U.S. workers who belong to a union dropped from 10.3 percent to 10.1 percent, the Bureau of Labor Statistics reported Thursday, as the job market added non-unionized workers at a faster rate than unionized workers. That’s the lowest the figure has been since the agency first started tracking comparable data nearly four decades ago.

The decline comes despite the highest union approval rate in decades and a pro-union administration — and backs up earlier findings that while many workers view organized labor favorably, that doesn’t always mean they want to join its ranks. Gallup reported earlier this year that while 71 percent of Americans view unions favorably, 58 percent of non-unionized workers say they are “not interested at all” in joining a union.

Workers launched a series of high-profile unionization drives in 2022, including at nationwide chains Amazon and Starbucks. The federal agency that oversees union elections, National Labor Relations Board, reported a 53 percent uptick in petitions filed during the fiscal year.

Union officials pointed to union-busting efforts — not worker disinterest — as the reason for the drop. The House passed a Democratic bill last session, the Protecting the Right to Organize Act, that would have reformed labor law to make it easier for workers to join unions, but the legislation later stalled in the Senate.

“In 2022, we saw working people rising up despite often illegal opposition from companies that would rather pay union-busting firms millions than give workers a seat at the table,” AFL-CIO President Liz Shuler said. “The wave of organizing will continue to gather steam in 2023 and beyond despite broken labor laws that rig the system against workers.”

Union opponents, on the other hand, touted the numbers as proof that organized labor’s ranks are thinning.

“The BLS numbers are another reminder that headlines from cheerleading reporters and influence in the halls of power in DC are no substitute for actual support among hardworking rank-and-file American workers,” National Right to Work Foundation Vice President Patrick Semmens said.

“Union officials artificially increase their influence in ways that no other private organization can, but they do so while trampling the rights of the very workers they claim to speak for by forcing workers under ‘representation’ they oppose and seeking to force workers to pay up or be fired. For a worker considering unionization, that’s not a winning message,” Semmens said.

On average, unionized workers bank higher wages than their non-unionized counterparts. Nonunion workers’ median weekly earnings were 85 percent of union workers’ in 2022, according to BLS — though the agency noted that this statistic does not control for other factors that could explain the gap.

Some trends remained unchanged: The union membership rate of public-sector workers was still more than five times the rate of private-sector workers, at 33.1 percent and 6 percent respectively. The membership rate of men (10.5 percent) also continued to be higher than that of women (9.6 percent). And Black workers remained more likely to be union members than White, Asian, or Hispanic workers.

Both of the latter are so-called right-to-work states, where laws allow workers to opt out of union membership even if their larger workplace is represented by a union. BLS reported Thursday that about 1.7 million workers are covered by union contracts despite not paying dues.

LLiberal News
TALLAHASSEE, Fla. — The 2022 midterms saw Republicans win Miami-Dade County for the first time in 20 years.…
LLiberal News
The Justice Department is signaling that it has the right to not cooperate with Hill Republicans’ requests to…
LLiberal News
Donald Trump is once again making a last-ditch bid to help a former aide avoid prosecution for defying…
LLiberal News
Belgium’s prime minister wants the world to hunt down and stop trade in Russian “blood diamonds.”
LLiberal News
Decision ends uncertainty on whether London should supply next-generation tanks to the war-stricken country.
LLiberal News
MEMPHIS, Tenn. — The Memphis police chief on Saturday disbanded the city’s so-called Scorpion unit after some of…