Yellen to stay on as Treasury chief through Biden’s term 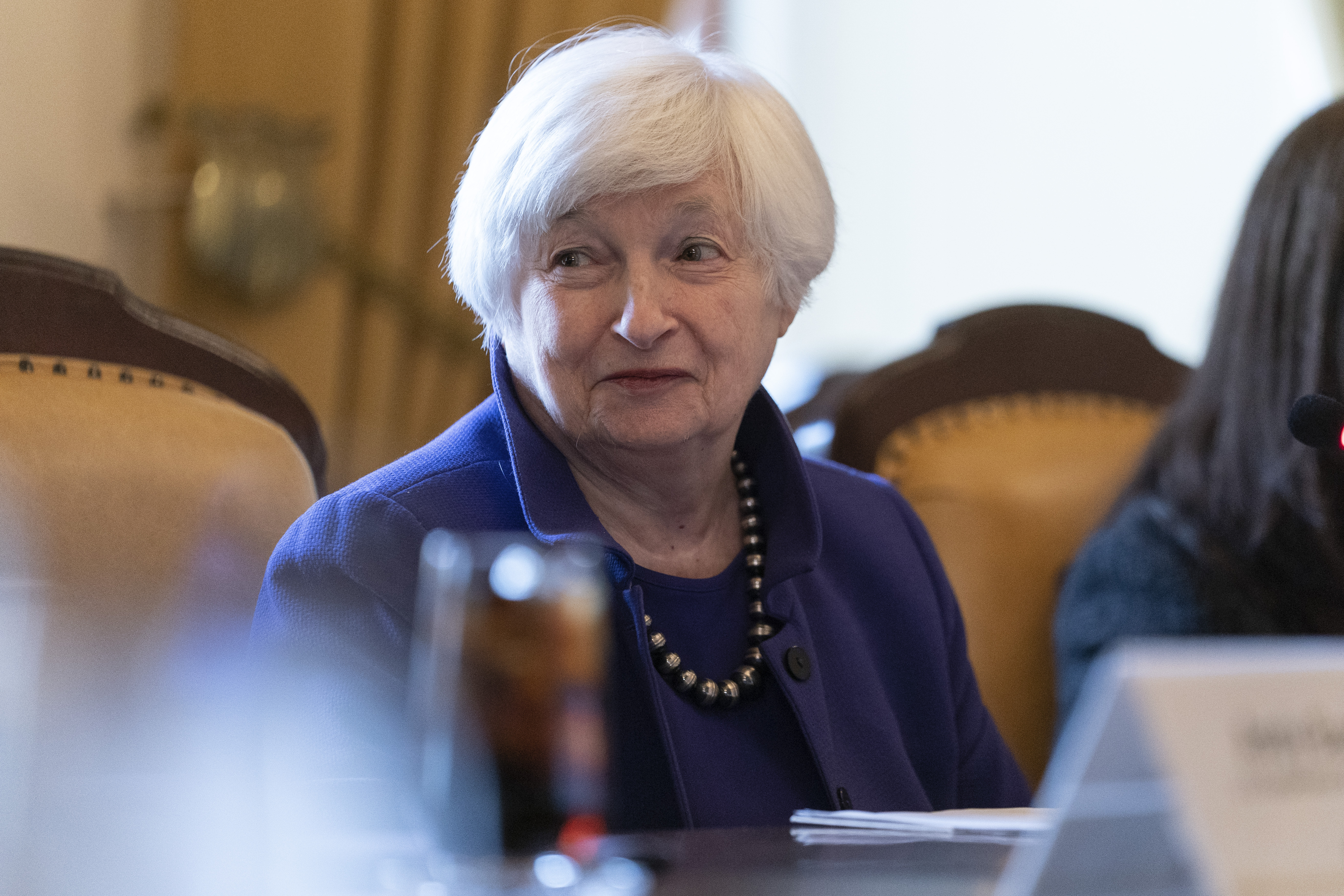 Treasury Secretary Janet Yellen has told President Joe Biden she will remain in her post for the next two years as the White House faces growing challenges including the need to raise the nation’s borrowing limit, people familiar with the matter said.

Yellen, whose decision has been the subject of internal chatter for months, agreed to a request from Biden to stay on in the administration’s top economic policymaking post during a recent one-on-one meeting, said two senior White House officials, who asked to remain anonymous to discuss a personnel issue.

Speculation about Yellen’s fate began circulating last year as inflation soared and the White House struggled to deliver a coherent economic message. Yellen also drew criticism for acknowledging that she had been mistaken in believing that inflation would be “transitory,” a view that was shared by Federal Reserve Chair Jerome Powell and many others.

But in recent months inflation has eased, Democrats performed surprisingly well in the midterm elections and pressure to make sweeping changes on the Biden economic team waned.

People close to Yellen, the first woman to serve as both Treasury secretary and Fed chair, also said she had considered leaving for family reasons and because the Treasury job is highly political — and would become more so with Republicans in control of the House.

The question of whether she would stay has also held up other talks on possible lower-level moves on the White House team, administration officials have said.

Another official close to Yellen said that while she weighed returning to private life, she has remained energized about the implementation of policies enacted during Biden’s first two years. These include hundreds of millions of dollars in tax credits for electric vehicles and semiconductor manufacturers, and new money for Internal Revenue Service tax enforcement. She has also been the point person on the administration’s efforts to implement a global price cap on Russian oil exports.

One of her biggest fights will center on the need to raise the government’s debt limit later this year. Some conservative Republicans are demanding steep spending cuts first, and they hold greater power in the House following concessions agreed to by Speaker Kevin McCarthy to secure the gavel.

“There is a lot to do and a lot of it is going to be very hard, and it’s good for the world that Janet is still going to be there to do it,” said the second official who is close to Yellen.

Yellen’s conversation with Biden about the job was first reported today by Bloomberg News.

Yellen, one of the world’s preeminent macroeconomists, joined the Biden administration in early 2021, as the initial economic gains from Congress’s pandemic-relief programs had begun to peter out and new Covid variants were pushing up cases across the country.

In choosing Yellen, Biden leaned on a well-known figure who was trusted and beloved by most Democrats, respected by many Republicans, acceptable to Wall Street and aligned with the president’s no-surprises approach. She was overwhelmingly confirmed by the Senate, then was instrumental in pushing Congress to approve $1.9 trillion in Covid relief spending, on top of the historic $4 trillion the government had already authorized.

But she also wielded less influence in the West Wing than her recent predecessors did in the job and sometimes found herself out of step with the White House, say people familiar with the matter.

Kate Davidson contributed to this report.