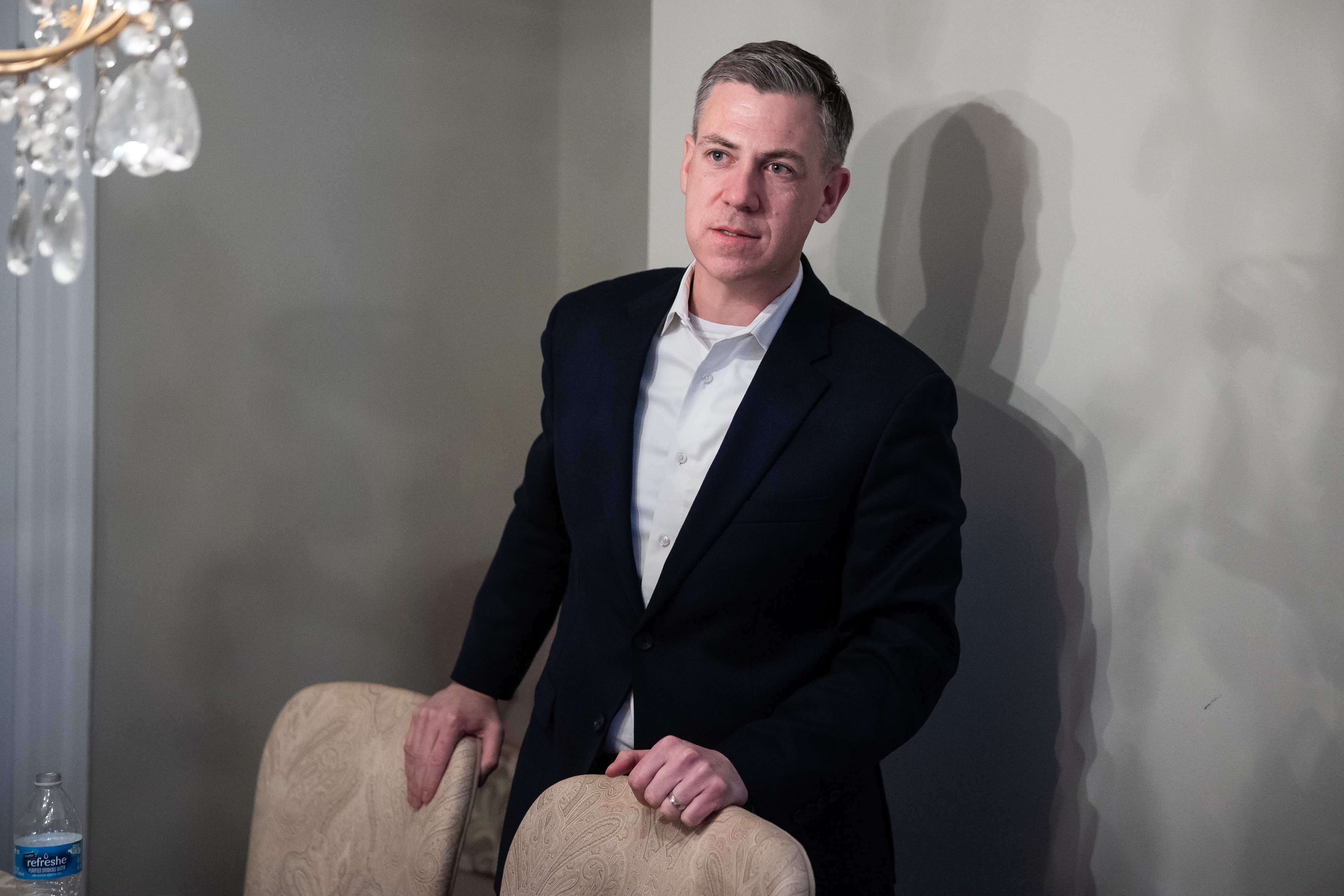 The Indiana Senate race could perfectly encapsulate the Republican Party’s internal struggles after a disappointing midterm. Jim Banks is diving into it first.

With Mike Braun retiring from the Senate to run for governor in the Hoosier State, Banks is maneuvering to overwhelm any opposition early. But the four-term congressman and his allies are still preparing for a possible clash with Mitch Daniels, a two-term governor of the state who is weighing a bid of his own.

There’s more on the line than just a safe red seat. After November midterm voters rebuked several Trump-aligned candidates, the GOP is wrestling with its identity. 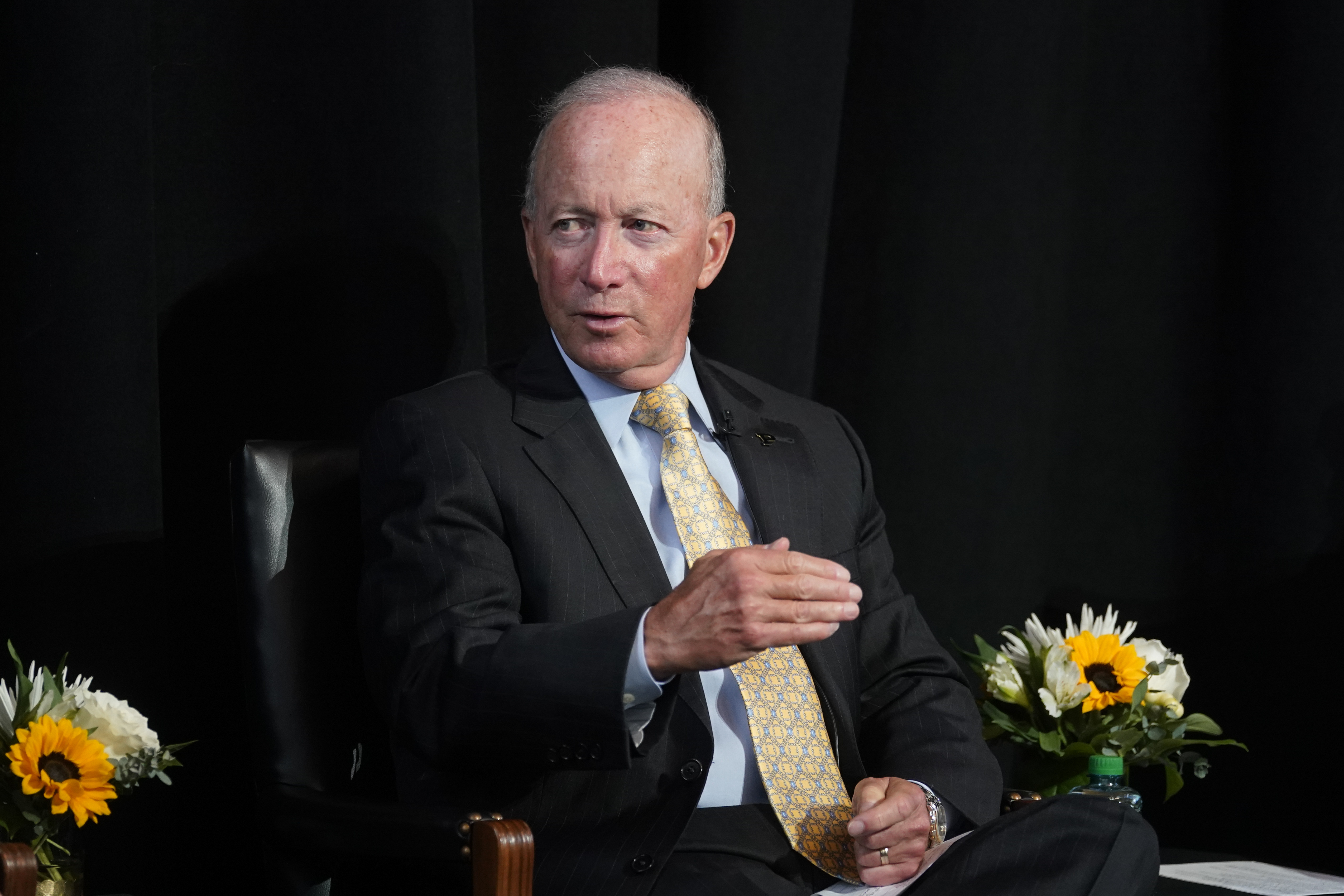 The party is caught between two seemingly irreconcilable groups: a base animated by populist and provocative Trumpism, and influential independent and suburban voters. Indiana’s primary will be a vital marker for where the GOP ends up, regardless of whether Daniels runs. In some ways, the race has already begun, with Daniels already facing attacks from a wealthy outside group.

And already it’s apparent where the fault lines would lie in a Daniels vs. Banks match-up. While Daniels called for a “truce” on social issues more than a decade ago, Banks is a pugnacious culture warrior who says Daniels’ view of issues is way out of vogue in the Republican Party.

In the interview, he argued that social and cultural hot-button issues “matter more than at any point in my lifetime.” He’s vowing to prevent schools from teaching critical race theory, a framework that examines how racism has become ingrained in American institutions that most public schools deny teaching, and is pushing to restrict transgender athletes from competing in women’s sports.

“I’ll never be calling for a truce on social issues or cultural issues,” Banks said, noting that Hoosiers are “looking for a fighter in the United States Senate,” not someone who would call for a truce.

The 43-year-old Navy Reserve officer and former state legislator, who is known for his sarcasm and wry smile, has risen steadily in the GOP, forging close ties with Speaker Kevin McCarthy over the years and leading the conservative Republican Study Committee. His bid to become GOP whip fell short last month, instead steering his ambitions to the prime Senate opportunity.

Many Republicans see Banks as the favorite, but allies aren’t taking any chances. The conservative Club for Growth is running ads arguing that Daniels is “not the right guy for Indiana anymore.”

It’s a development that actually makes the former governor and Purdue University president more likely to take on Banks, according to Mark Lubbers, a close friend and adviser. He accused Banks of being “up to his eyeballs in the [Club for Growth] smear campaign.”

In an interview, Club for Growth President David McIntosh said he’s prepared to spend $10 million or more in the race. He likened Daniels to former Gov. Pat McCrory (R-N.C.), who the Club attacked relentlessly in the 2022 North Carolina Senate race. McCrory lost in the primary to Ted Budd, then a House Republican, and Budd went on to win the general election.

“If Mitch decides to run, it’ll be like North Carolina, where it’s the old Republican approach versus the new, more aggressive conservative base. And our donors are ready to take that on,” said McIntosh, himself a former Indiana congressman.

The Republican Party has changed greatly in the 10 years since Daniels left the governor’s office, shifting more toward Banks’ ideology, particularly when it comes to successful primary candidates. And while Daniels has strong name recognition in the state, moderates don’t exactly dominate the Indiana GOP.

Former Sen. Richard Lugar (R-Ind.) lost his 2012 primary to a more conservative rival, who then lost to a Democrat in the general election. This time, most Republicans think the primary is the whole ballgame.

Trump’s now shaky stature within the GOP has Banks balancing his ties to the former president, walking a tricky line of seeking Trump’s support and praising his past agenda while not yet fully embracing his presidential bid. Banks doesn’t blame Trump for the GOP’s underperformance in the midterms, instead castigating the party for not doing more when it last had congressional majorities.

In a private call last week, Banks recalled telling Trump: “I’d be very glad to have his support if he’d give it to me. We’d love to have him come to Indiana to campaign with me. He’s very popular.”

Daniels, on the other hand, spoke out when asked about “MAGA Republicans” in September.

Like many rising conservatives, Banks went from voicing reservations about Trump in 2016 to leaning heavily on his relationship with the heavy-fisted president.

He told POLITICO last July, before the midterms, that he’d back Trump as soon as he gets in: “If President Trump runs, he has my support.” He echoed this view to other outlets as well days before the election, but then told Fox News Sunday afterward that he’d “save [his] endorsement for another place and time for the 2024 race.”

When asked in the POLITICO interview about whether he would endorse Trump, Banks said he’s “focused on launching the Senate race and presidential politics will come later.” He similarly demurred on whether he would support Senate Minority Leader Mitch McConnell as GOP leader, calling it a “hypothetical.”

And though Braun voted against McConnell for leader and is one of the most conservative votes in the Senate, his Indiana colleague takes a different approach. Republican Sen. Todd Young voted for bipartisan marriage equality, gun safety and microchip laws last Congress.

Young will stay neutral in the primary and said Indiana is “fortunate to have a deep bench of talented Hoosiers on the Republican side.”

And the field could get more interesting. Former Rep. Trey Hollingsworth (R-Ind.) could throw his name in the ring, and second-term Rep. Victoria Spartz (R-Ind.) has signaled interest in the seat.

“I am not inclined to do it at this time, but many of my supporters would like me to still consider it,” she said. “I do not worry about who is in the race.”

Still, she may refrain from running if Daniels wades into the race, according to two Republicans familiar with the dynamics.

Banks will make a show of strength this week, lining up endorsements from Reps. Pence and Larry Bucshon (R-Ind.). He is also expected to receive support from Sen. Tom Cotton (R-Ark.), who he describes as a model senator. McIntosh said while the Club for Growth likes Banks, it’s not officially endorsing yet.

And Banks has a prime House perch as he fights for the Senate seat, leading the charge to push for spending cuts using the upcoming debt ceiling and government funding deadlines. He said his willingness to make moves like that will ultimately set him apart, whether or not Daniels makes the leap.

“I have one of the most fiscally conservative voting records in the House or Representatives. And we need more of that in the Senate,” Banks said.

LLiberal News
“Build your hedge of protection against those who would take advantage of our discord for their own gain,”…
LLiberal News
Interpol — the international law enforcement organization that helps countries nab fugitives — has effectively sided with Russia…
LLiberal News
Congress was full of good intentions when it directed the Department of Health and Human Services to make…
LLiberal News
DENVER — If you are a close relative of a soldier, or a sailor, or a Marine, or…
LLiberal News
Political action committees affiliated with more than 70 major corporations said they would pause or reconsider donations to…
LLiberal News
The Defense Department is overhauling its approach to countering biological and chemical weapons, as potential adversaries such as…